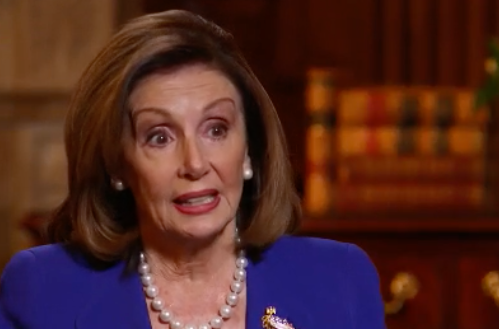 Speaking with MSNBC, the Speaker of the House was asked about the significance of the country having been through something other than a peaceful transfer of power.

“He dishonoured it,” she added.

“I respect the office of the presidency more than he did, for how he mistreated it,” she said. “Though, in any event, he’s gone.”

Ms Pelosi said that the experience of the Trump presidency was not so much “lessons learned” because it was “so evident all along what a disgrace he was”.

She added that the job now was to being people together and that there is no one better suited to do that than Joe Biden and Kamala Harris.

The speaker has never held back voicing her opinions about Mr Trump, nor publicly demonstrating her feelings, memorably ripping up her copy of the president’s 2020 State of the Union speech while standing immediately behind him after he finished delivering it on live TV.

Ms Pelosi presided over both of the president’s impeachments, making him the first occupant of the Oval Office to be impeached twice. She even wore the same outfit to both votes.

In her final entreaty to impeach the president following his encouragement of a violent mob that stormed the US Capitol, the speaker invoked presidents Lincoln and Kennedy and the Bible. Her simple conclusion was: “He must go.”

Mr Trump will cease to be commander-in-chief at midday on Wednesday when President-elect Biden is sworn into office as the 46th president of the United States.

The single article of impeachment — “incitement of insurrection” — will be brought before the Senate which must then conduct a trial. It is unclear how this may unfold.