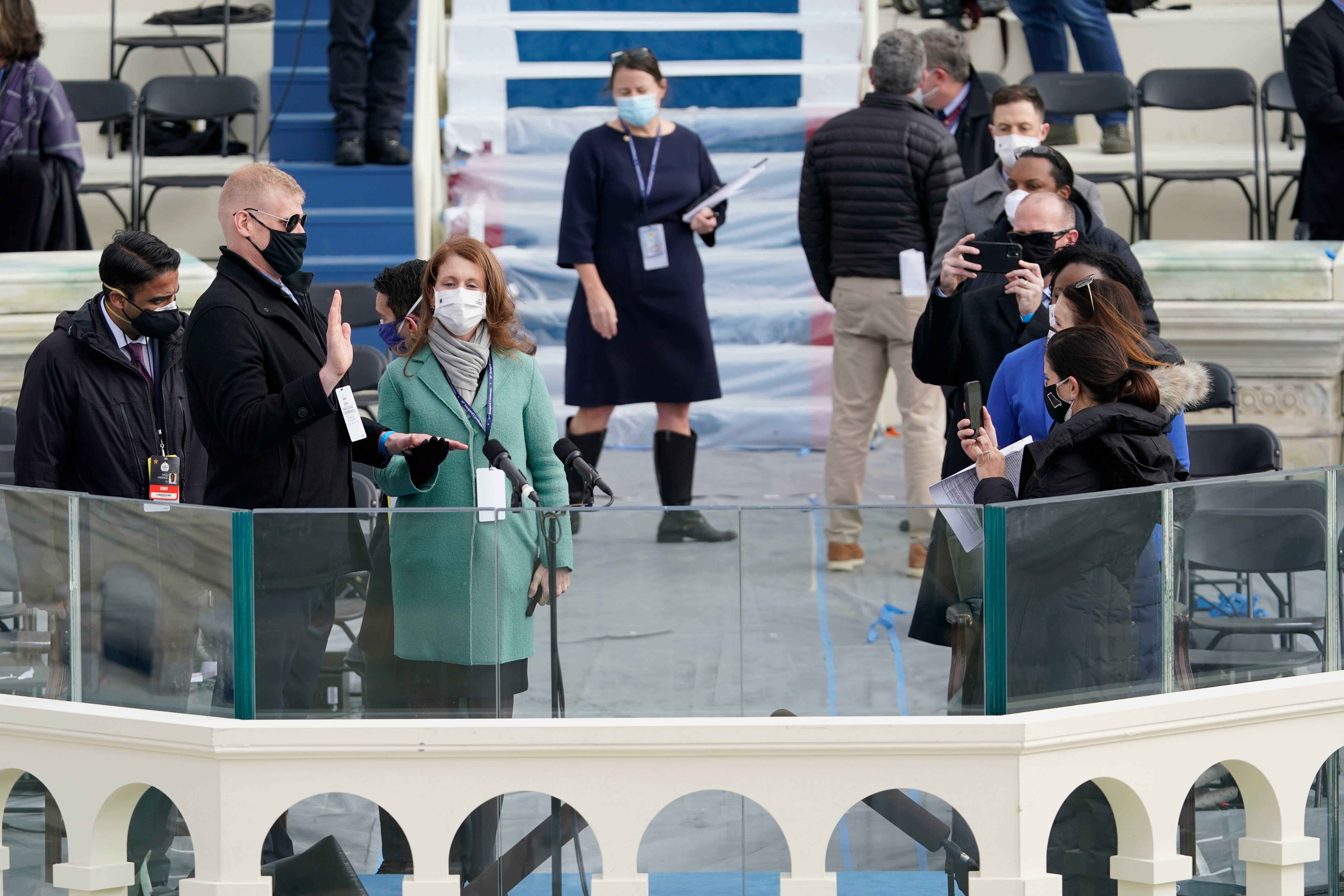 The U.S. Capitol complex temporarily locked down during a rehearsal for President-elect Joe Biden s inauguration after a fire in a homeless encampment roughly a mile away sent a plume of smoke into the air and caused security concerns in an already jittery city.

The false alarm briefly interrupted Monday’s rehearsal for Wednesday’s inauguration ceremony, a quadrennial exercise in which stand-ins take the roles of Biden and other VIPs and the U.S. Marine Band goes through its paces, including practicing “The Star-Spangled Banner” for Wednesday’s performance by Lady Gaga. Rehearsal resumed not long afterward, accompanied by frequent passes by a helicopter patrolling the skies over the Capitol.

Law enforcement officials said there was no threat to the public and the fire was not believed to be a threat to the inauguration. Local firefighters put out the blaze quickly. The evacuation of some participants and the lockdown were ordered by the acting chief of Capitol Police in an abundance of caution, officials said.

But the fast decision to lock down underscores the fear that has gripped Washington since the deadly Jan. 6 insurrection at the U.S. Capitol by pro-Trump rioters and prompted extraordinary measures ahead of the inauguration. Armed protests planned for this past weekend around the country were mostly a bust, but anxiety is still skyrocketing.

U.S. Secret Service tightened security in and around the Capitol a week early in preparation, and the city center is essentially on lockdown with streets blocked, high fencing installed and tens of thousands of National Guard and other law enforcement officers stationed around the area.

But U.S. defense officials, worried about a potential insider attack or other threat from service members involved in securing the event, pushed the FBI to vet all of the 25,000 National Guard troops coming into the area. Acting Defense Secretary Christopher Miller said in a statement Monday that vetting of National Guard troops continues and that the Pentagon has found no intelligence so far that would indicate an insider threat.

Still, the Secret Service issued a bulletin over the weekend about what it sees as an “uptick” in National Guard troops posting pictures and details of their operations online.

The Associated Press obtained the “all concerned” message sent to all the National Guard troops coming to Washington. Without getting into specific postings, the bulletin said, “No service members should be posting locations, pictures or descriptions online regarding current operations or the sensitive sites they are protecting” and urged them to stop immediately.

Asked about the bulletin, a spokesperson for the Secret Service issued a statement saying it “does not comment on matters of protective intelligence.”

President Donald Trump has refused to attend the inauguration, the first time a sitting president has not attended since Andrew Johnson, though Vice President Mike Pence will be there as well as other former presidents.

Capitol police spokeswoman Eva Malecki said there were currently no fires on or within the campus. “Members and staff were advised to shelter in place while the incident is being investigated,” she said in a statement.

Firefighters were called to the homeless encampment shortly before 10:15 a.m., where a woman who lived there had a portable heater with a flammable gas tank, fire department spokesman Vito Maggiolo said. The woman, who was injured but declined medical treatment, told firefighters that the flames spread quickly and her possessions were burned. The fire was extinguished almost immediately after firefighters arrived.

Participants were ushered from the West Front of the Capitol. Those who had gathered for a walk-through, including a military band, were directed to head indoors and moved in the direction of a secure location inside the Capitol complex.

People involved in the rehearsal said security officials yelled “this is not a drill.”

The lockdown was lifted about an hour later.

Five people died in the Jan. 6 riot, including a police officer.