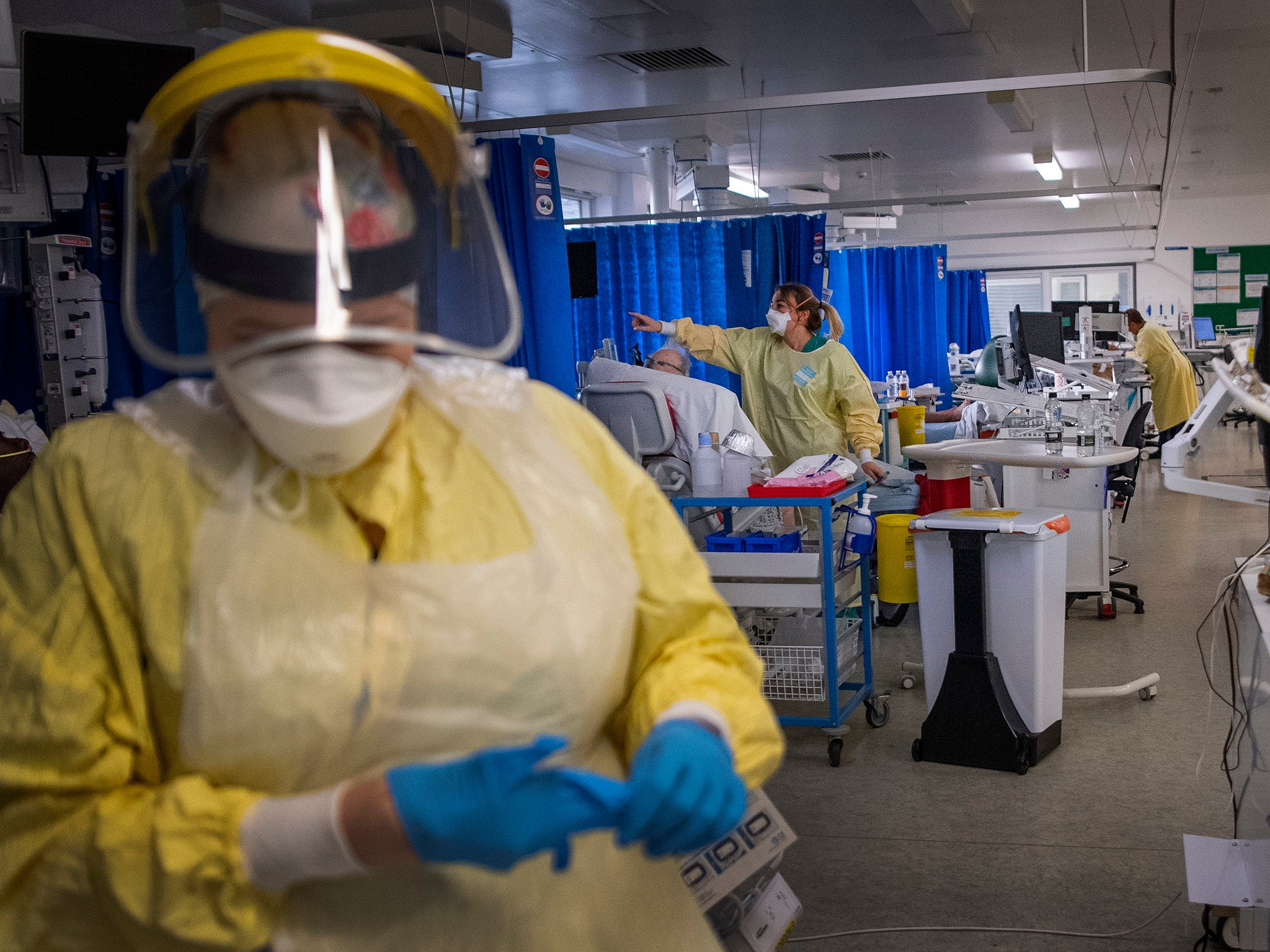 The rate of increase in the UK’s coronavirus death toll is unlikely to decline substantially for weeks, an expert on the government’s SAGE advisory committee has warned as fatalities in the country reached a record level.

Public Health England confirmed a further 1,610 people died after a positive test for Covid-19 – the highest daily increase in coronavirus related fatalities in the UK since the pandemic began.

Meanwhile current lockdown restrictions in Scotland will remain in place until at least the middle of February, Nicola Sturgeon announced after holding a cabinet meeting earlier.

The first minister said schools will remain closed during the lockdown extension, while in England a government adviser warned it was still unclear whether schools there would be able to reopen in February.

Earlier, the Office for National Statistics released data estimating  one in eight people in England had been infected by Covid-19 by December last year.

Figures estimating a total of 5.4 million people, or 12.1 per cent of the population, would have tested positive for coronavirus antibodies by last month were released as Matt Hancock — who revealed he was self isolating after a test and trace alert — urged the public not to “blow it” by relaxing adherence to social distancing rules as more people are vaccinated.

Meanwhile on the continent German Chancellor Angela Merkel and state premiers have agreed to extend a lockdown for most shops and schools until 14 February as part of a package of steps to try to rein in the coronavirus, a draft document showed.

The Valentines Day restrictions have in part been spurred on by signs of a new variant of the virus which differs to that seen in the UK and South Africa.

In case you missed it – Matt Hancock will self-isolate until the end of the week after receiving a test and trace alert on the NHS app.

Coronavirus deaths hit grim new daily high, as expert warns it will be weeks before they fall significantly

Deaths from coronavirus hit a grim record on Tuesday, with daily fatalities reaching a high of 1,610 across the UK as a government scientific adviser warned that it could be weeks before significant reductions are seen.

A Labour politician has been suspended after he and a group of Conservative members including the party’s leader were found to have consumed alcohol at the Welsh Parliament premises.

The incident happened on December 8, four days after pubs were forced to stop selling alcohol under the Welsh Labour-led government rules to help prevent the spread of coronavirus, although off-licences were allowed to sell alcohol until 10pm.

All four men deny breaking any Covid-19 rules and say they observed social distancing while meeting to discuss working together on a proposed bill before consuming alcohol not bought from parliament premises.

On Tuesday, Welsh Labour said Mr Davies had been suspended from its group in the Senedd pending an investigation.

A Welsh Conservatives source told the PA news agency that the group believed they had not broken Covid-19 rules because the alcohol was not bought from the Senedd site nor was it served by catering staff.

Daily UK coronavirus deaths will not fall for weeks yet, Sage professor says

The number of daily coronavirus deaths will not see a substantial fall for weeks yet, according to a member of the government’s Scientific Advisory Group for Emergencies (Sage).

The Government’s out-of-date systems have allowed people to fall through the cracks for Covid support and made it harder to assess levels of fraud, a group of influential MPs have found.

Meg Hillier, who chairs the Public Accounts Committee (PAC), said that many workers had been left behind by Government support schemes because HM Revenue and Customs has old tax systems.

“As public spending balloons to unprecedented levels in response to the pandemic, out-of-date tax systems are one of the barriers to getting help to a significant number of struggling taxpayers who should be entitled to support,” she said.

“And the system is going to struggle, and in many cases fail, to capture or deal with those wrongly claiming it.”

Authorities in North Yorkshire have said they are providing support to people travelling to Covid-19 vaccination appointments and testing sites ahead of warnings of heavy rainfall.

Dr Bruce Willoughby, NHS North Yorkshire Clinical Commissioning Group governing body member and clinical lead for community and integrated care, said: “If you have an appointment to attend a Covid vaccination clinic over the next couple of days, allow yourself a little bit of additional time to get there.

“With persistent rain anticipated across parts of North Yorkshire, some of the region’s roads, particularly those in more remote areas, may be hazardous and require additional care.

“Stay alert and please follow any diversions that have been put in place.”

North Yorkshire County Council said they have people on standby to assist those who have been relying on volunteers for their essentials during the pandemic if existing volunteers are unavailable due to the weather.

The singer-songwriter from Belfast is commencing judicial review proceedings against Stormont regulations that prohibit live music in licensed venues in Northern Ireland.

Hospitality businesses are currently closed as part of a six-week lockdown in Northern Ireland. When venues have been allowed to open under less severe Covid-19 restrictions, live music has not been allowed.

Solicitor Joe Rice, acting on behalf of Morrison, said: “Sir Van is taking this action on behalf of the thousands of musicians, artists, venues and those involved in the live music industry.”

Covid hospitalisations up 92 per cent since Christmas

The number of Covid-19 patients in hospital in England stood at 34,015 as of 8am today, according to the latest figures from NHS England.

This is slightly below the record 34,336 patients on January 18, but up 6 per cent on a week ago and up 92 per cent since Christmas Day.