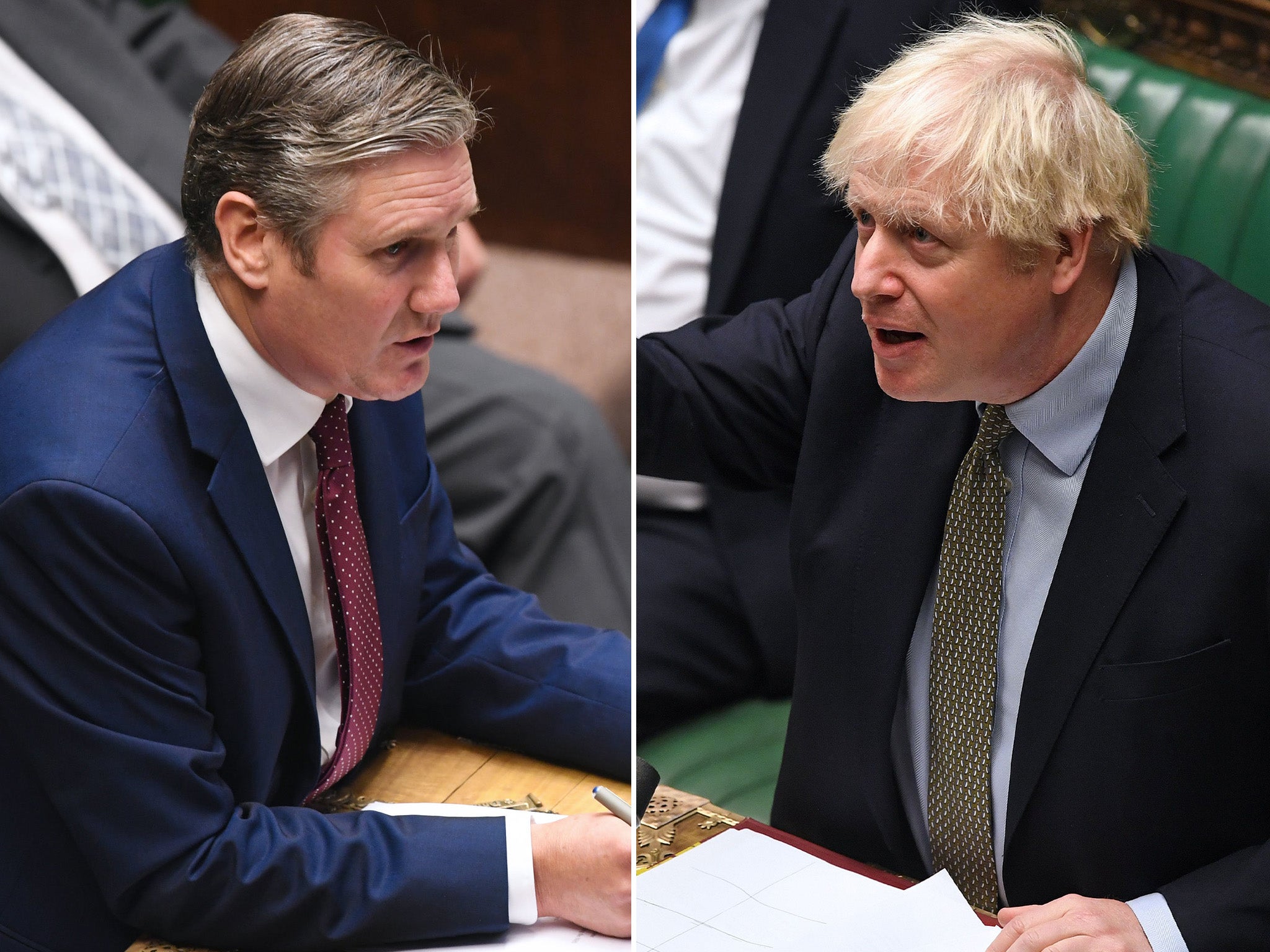 What is the Universal Credit row about?

Boris Johnson and Keir Starmer are engaged in war of words over the level of benefit payments offered during the coronavirus pandemic, as the virus continues to ravage Britain’s economy.

The Labour leader has accused the prime minister of being “pathetic” on payments – urging No 10 to make sure a recent increase in universal credit aimed at helping hard-pressed families isn’t cut back in April.

Mr Johnson, however, has accused Mr Starmer of “playing politics” and stoking Trump-style “hatred and bullying” over the issue. So what exactly is behind the row, and how soon might it get resolved?

What kind of money could people lose out on?

Last year the government temporarily increased universal credit by £20 a week, but the uplift is due to expire in April – potentially hitting the incomes of almost six million individuals and families by around £1,000 a year at time many are struggling with job losses and reduced hours.

Labour wants the government to give people some reassurance by guaranteeing the uplift will be extended. Mr Starmer’s party will use an opposition day debate in the House of Commons from around 3.30pm on Monday afternoon to force a vote on the plans. And Conservative MPs are expected to abstain on the issue.

So the vote could see the universal credit uplift extended?

No. The opposition day motion will not be binding, so it won’t actually change anything. But it will give Labour an opportunity to bring the issue to wider attention and ramp up the pressure.

Mr Johnson has tactically ordered his MPs to abstain on the vote to avoid the potential embarrassment of having the Tory party vote against money in people’s pockets, an attempt by No 10 to take the sting out of the row for now.

In a bizarre message sent out to Tory MPs, the prime minister accused Labour of stoking Trump-style “hatred and bullying” by trying to “play politics” with the issue in the Commons.

He said in his WhatsApp message: “We can be proud of what we are doing to tackle all the consequences of the pandemic and if labour decides to stop playing politics and to stop inciting the worst kind of hatred and bullying (of a kind seen sadly across the Atlantic) then I may think again about legislatively vacuous opposition debates.”

How much support is there for extending the uplift?

As well calls from as Labour and several anti-poverty charities to maintain the uplift, Tory MPs in the Northern Research Group (NRG) said scrapping it now would be “devastating”.

In a statement issued on behalf of the 65 MPs in the group, Carlisle MP John Stevenson said it had been a “life-saver” for people during the pandemic. Meanwhile, Tory MP Stephen Crabb said he would vote against his party whip and support Labour’s motion. Removing almost £100 a month from hard-hit families “isn’t the right thing to do,” he told the BBC.

Keir Starmer suggested “in their heart of hearts” many Tory MPs want to back Labour’s vote to keep the £20-a-week uplift and he called Boris Johnson “pathetic” for ordering his party to abstain.

The Labour leader told ITV’s Lorraine on Monday: “If he’s going to call it a stunt, he should probably come with me to a food distribution centre to see these families this morning and explain to them what is a lifeline to them is a stunt, because it certainly isn’t from their point of view.

“I actually think in their heart of hearts quite a lot of Tory MPs know that cutting this money to people who desperately need it in the middle of a pandemic is the wrong thing to do, they know that, they probably want to vote with us but because of the tribal way we do politics they can’t.”

How likely is it the government will extend the increase before April?

Senior cabinet minister Dominic Raab gave little away when asked about it on Sunday. He stressed the £20-a-week increase was a “temporary measure” – but suggested a decision on whether it would remain would not be made until March.

The foreign secretary told BBC One’s The Andrew Marr Show: “We have a March budget coming up and I think it is right to have scrutiny right the way through, but this is a political debate rather than the government’s measures which can, I think, be looked at in the round rather than dripped out one by one.”

How damaging would the cut in April be?

The row comes as the Resolution Foundation think tank issued a warning that scrapping the uplift will lead to a particularly tough 2021 for low-income households – predicting their incomes could fall by 4 per cent.

The think tank estimated that the withdrawal of the benefit increase would drive up relative poverty in the UK from 21 per cent to 23 per cent by 2024-25, pushing a further 730,000 children into poverty.

Karl Handscomb, senior economist at the Resolution Foundation, said: “The decision on whether to keep the universal credit boost will help define whether this is to be a parliament of ‘levelling up’ living standards, or pushing up poverty.”