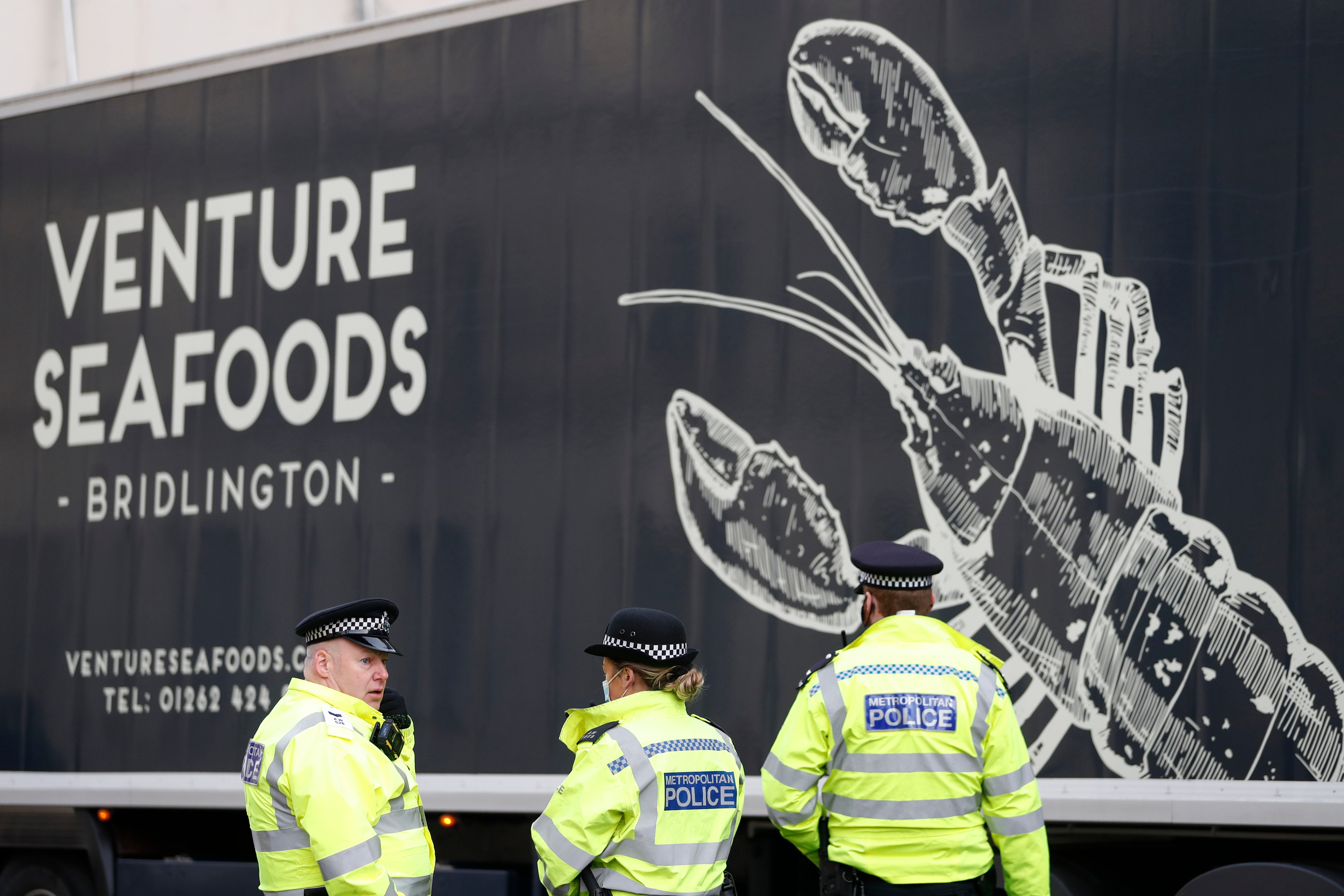 Trucks owned by British shellfish firms descended Monday on Parliament in London to protest the Brexit-related red tape they claim is suffocating their businesses.

About a dozen large lorries — one bearing the words “Brexit carnage!” — drove past the Houses of Parliament and parked outside Downing St., home to British Prime Minister Boris Johnson

British fishing communities were among the strongest supporters of leaving the European Union, because it promised the chance for the U.K. to leave the bloc’s complex system of fishing quotas and regain control over who is allowed to fish in British waters.

But now some in Britain’s fishing industry say they are facing ruin because of new barriers to shipping their catch abroad. Last week, one Scottish fishing boss threatened to dump his rotting catch on politicians’ doorstep if the situation did not improve.

Under a new post-Brexit U.K.-EU trade deal agreed upon last month, the EU’s share of the catch in British seas will be cut by 25% over a 5½-year transition period. After that, new quotas will have to be negotiated.

At the same time, Britain’s exit from the EU means new costs and red tape for exporters — a major problem, since Britain exports most of the fish its boats catch.

Some fishing companies say the new restrictions have made it impossible to ship their catch to Europe. Some British fishermen have begun landing their catch in EU member Denmark to keep it in the bloc.

Follow all AP stories on Brexit developments at https://apnews.com/Brexit.