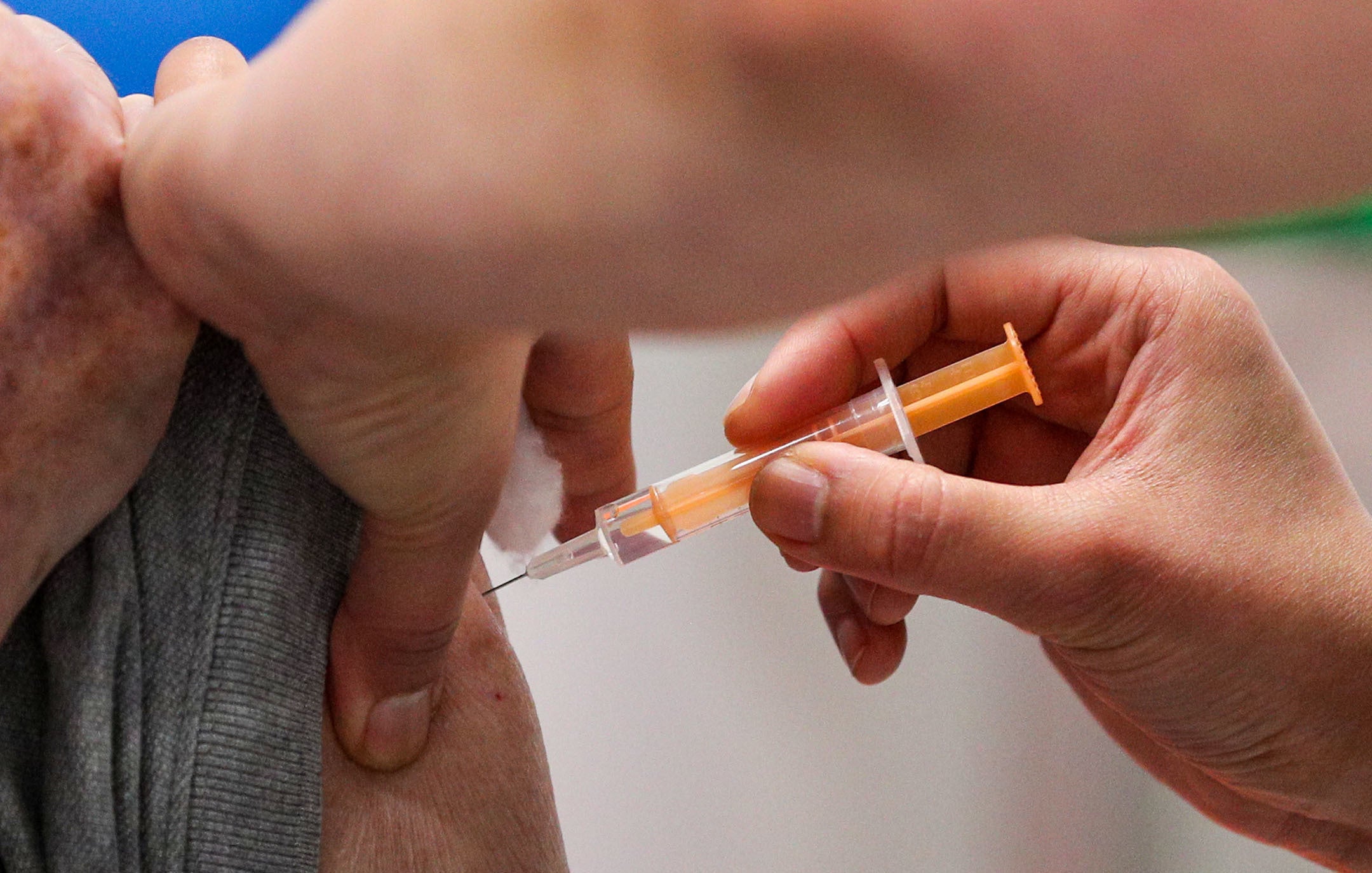 Something ‘not quite working right’ in vaccine roll-out, Cabinet minister says

The roll-out of the government’s vaccine programme is “not quite working right” and has issues that need to be resolved, a Cabinet minister has said.

Therese Coffey said constituents were receiving “distressing and annoying” information about who was being given priority for jabs before them or their family members.

The Work and Pensions Secretary she has been contacted by people with concerns that younger people were getting vaccinated before some over-80s, and even over-90s in her constituency.

From this week the government plans to contact millions of over-70s and clinically extremely vulnerable people to arrange their doses.

But ministers said that this would only happen when higher priority groups, as determined by the Joint Committee on Vaccination and Immunisation (JCVI), have been served first.

But in an update to her constituents posted on Facebook, Ms Coffey said she was receiving reports that this was apparently not always the case.

The minister said on Monday morning that her Suffolk constituency has mostly received the Pfizer vaccine so far, which she said is “more challenging to distribute especially in a rural area” because of the need for ultra-cold storage.

She added: “Something is not quite working right yet though, particularly in one part of the constituency, as I am hearing from people in part of the area that 80+ and 90+ year olds have not been contacted while some 70+ patients in the same GP practice were invited for vaccination.

“I know it is both distressing and annoying when people hear that other cohorts of a lower priority (according to the JCVI) are being vaccinated ahead of our oldest and most vulnerable. On that point, every care home resident will be vaccinated by next Sunday.”

Vaccines minister Nadhim Zahawi on Monday morning downplayed any concerns and suggested that that over-70s would not be invited for jabs until more than 90 per cent of the over-80s in their areas had already been vaccinated.

“Anyone who is over 80 watching us this morning should not worry because we are making sure that those areas have vaccinated the majority of their over-80s,” he old the BBC.

“And in some areas they’ve got to 90 per cent of their over-80s, that’s where the letters are going out for the over-70s to invite them for their vaccinations. I don’t want them (over-80s) to worry, they will absolutely get that invitation.”

0 0 0 0
Previous : Samsung heir sentenced to 2.5 years in prison over bribery scandal
Next : 'It’s an outrage that Sadiq Khan has been the unelected Mayor of London for a year' | 11-Jan-21