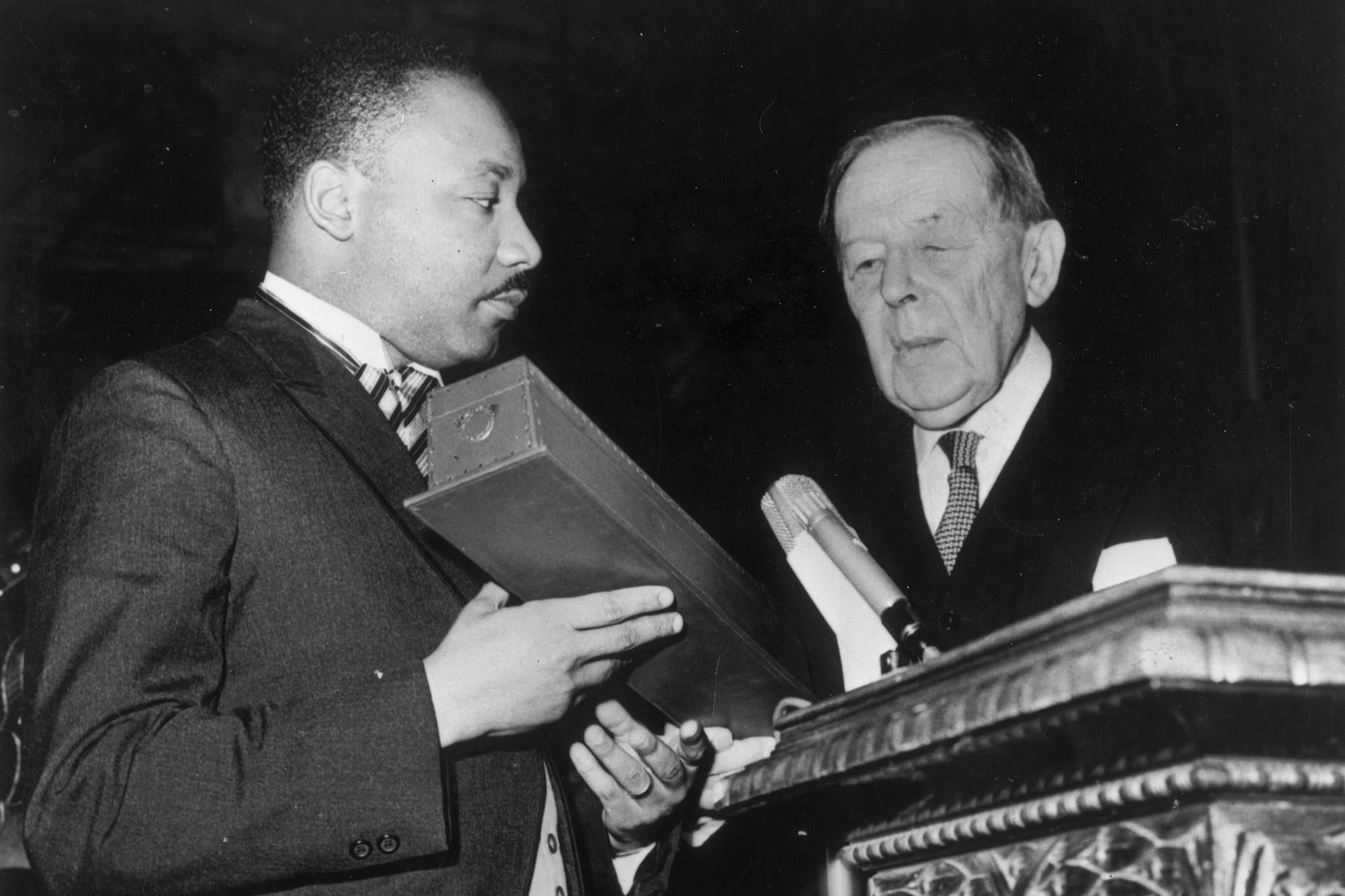 Martin Luther King Day 2021: Who was the civil rights leader?

Each year Americans celebrate the life of the US civil rights movement’s best-known spokesman and leader on Martin Luther King Jr Day.

The movement pioneered by Martin Luther King pressured the American government to end legalised segregation in the United States.

Who was Martin Luther King Jr and why is he so important?

Born in 1929, Martin Luther King Jr was a Baptist minister best known for using the tactics of nonviolence and civil disobedience to combat racial inequality.

Mr King led the Montgomery bus boycott in 1955 after Rosa Parks was arrested for refusing to give up her seat to a white person.

He also helped organise the March on Washington in 1963, where he delivered the “I Have a Dream” speech he is best known for.

In 1964, he received the Nobel Peace Prize for his civil rights work.

Towards the end of his life, he expanded his campaigning to include opposition to poverty and the Vietnam War.

News of his death was followed by riots in many US cities.

Who commemorates Martin Luther King’s memory and since when?

Martin Luther King Jr Day is a paid federal holiday in the US, meaning civil servants and many school pupils are given the day off.

The day is observed on the third Monday of January each year, the day closest to his birthday on 15 January. This year, it will be held on Monday 18 January.

In 1968, Congress was presented with a petition signed by more than three million people which called for the Mr King’s birthday to be commemorated.

However, Republicans initially resisted the move, arguing Mr King had ties to communism and an “inappropriate” sexual past they felt the government should not honour.

But in 1983, Ronald Reagan, the US President, signed Martin Luther King Jr Day into law as an official public holiday and it was first observed three years later.

Outside of the US, it is observed in Hiroshima, Japan, with a special banquet at the mayor’s office, and Toronto, Canada, which officially recognised Martin Luther King Jr Day, though not as a paid holiday.

Many Americans use the day as an opportunity to learn about Mr King’s life and achievements.

Others spend the day volunteering for a cause they think Mr King would have supported.

Many states hold special events or lectures about race relations in the US. There is a historic walking tour in Harlem, New York, and street parades in Los Angeles.

Google are marking the day with one of their famous doodles, by guest artist Dr. Fahamu Pecou.

0 0 0 0
Previous : Coronavirus UK update live: Latest news as vaccinations begin for over 70s
Next : Biden administration and foreign policy to be dominated by ultra-Zionist servants of Israel from two percent of the American population – David Icke