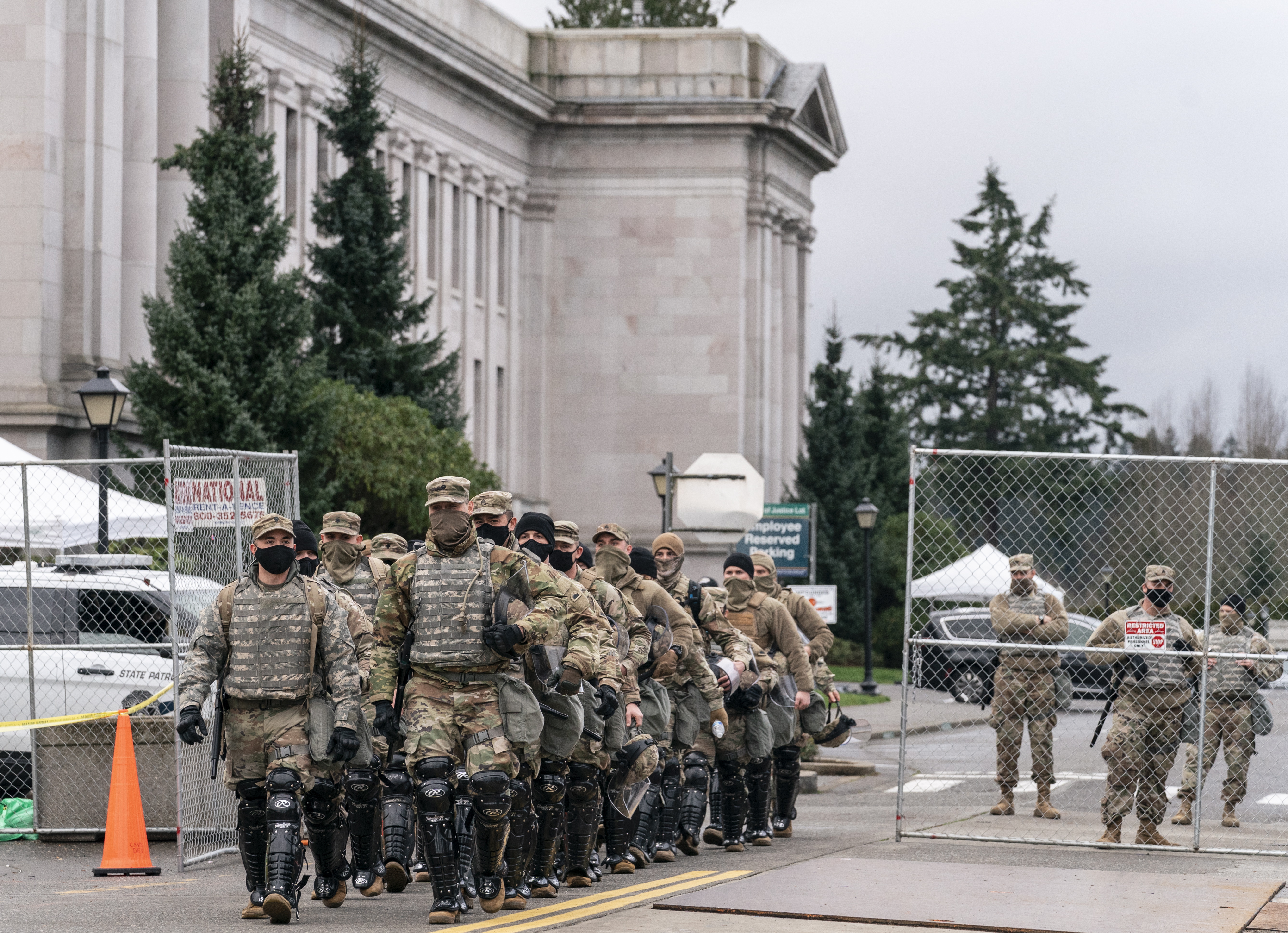 Fears of ‘inside attack’ at Biden’s inauguration, defence officials warn

US defence officials on Sunday warned of a looming threat to security allegedly from the people tasked with securing president-elect Joe Biden’s inauguration ceremony on 20 January, and said they are in the process of vetting the troops deployed for the event.

FBI is bracing for multiple armed protests in Washington DC, amid continuing calls of voters’ fraud in the 2020 elections by Donald Trump supporters.

Security concerns have gripped law enforcement agencies in the wake of the violent 6 January insurrection at the US Capitol by pro-Trump rioters, and fears of an “inside attack” has prompted them to deploy 25,000 troops in the city.

Army Secretary Ryan McCarthy told the Associated Press that officials have been warned and directed to keep a watch for any problems within their ranks. However, he said no evidence of such threats has been found yet.

”We’re continually going through the process, and taking second, third looks at every one of the individuals assigned to this operation,” Mr McCarthy said after a three-hour long security drill.

The troops are being prepared to identify potential insider threats, targeting the incoming president and other VIPs at the event.

Mr McCarthy said service members from across the military were present at the 6 January rally, however, it could not be established how many participated in the security breach that left five people dead and several injured.

Two Virginia police officers have been charged in the riots after they were pictured inside the building Capitol “making an obscene statement in front of a statue of (Revolutionary hero) John Stark,” according to media reports.

“If there’s any indication that any of our soldiers or airmen are expressing things that are extremist views, it’s either handed over to law enforcement or dealt with the chain of command immediately,” said General Daniel R Hokanson, chief of the National Guard Bureau.

The insider threat is, however, a part of the enforcement agency’s greater concern. The major security threat is an attack by armed groups and planted explosive as the intelligence reports suggest that rallies are being organised in the days leading up to Inauguration Day, Mr McCarthy said.

FBI on Sunday said it has received inputs warning of “armed protests” being planned in all 50 state capitols and the US Capitol ahead of Mr Biden’s inauguration, beginning Sunday.