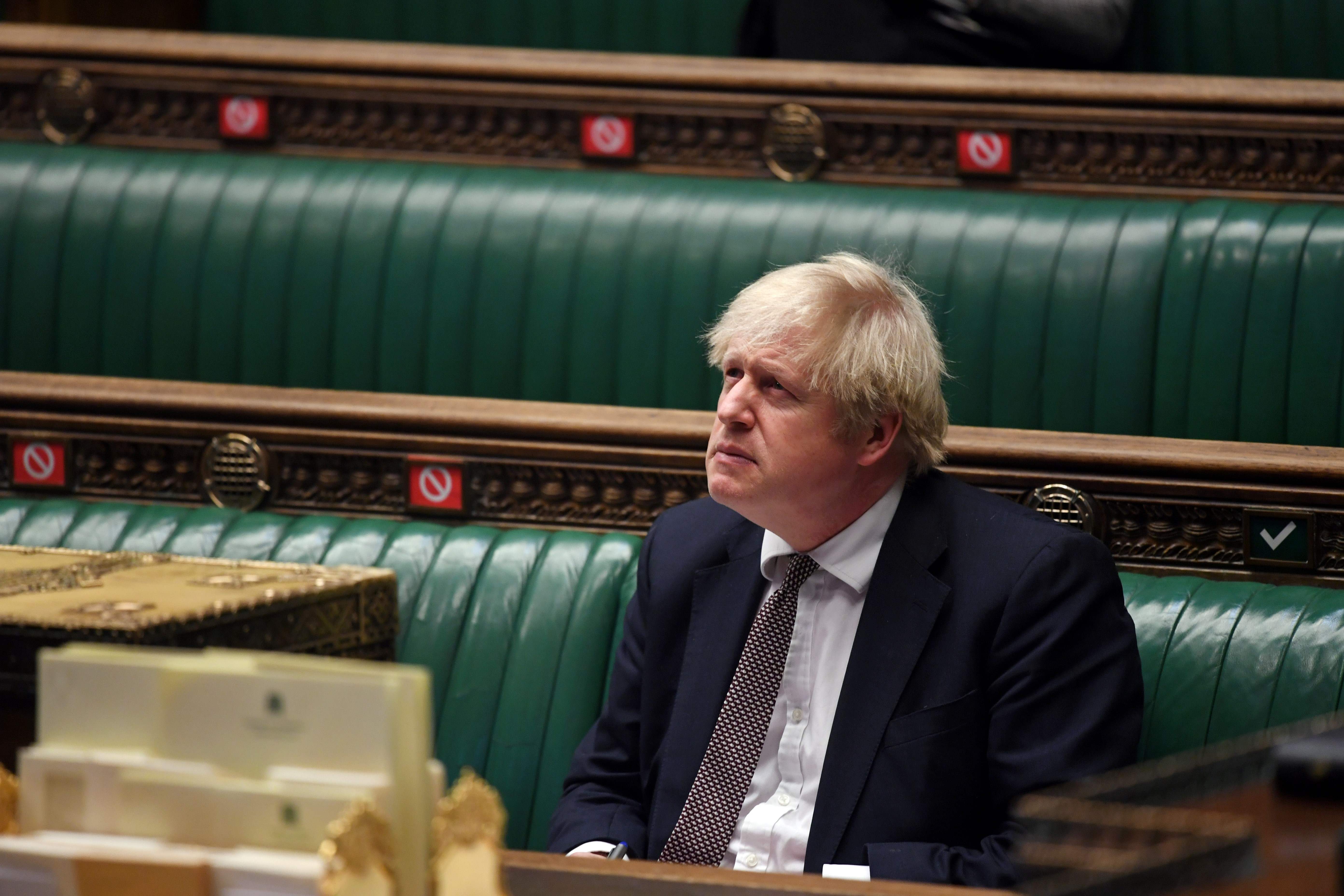 The prime minister has been warned millions of families will be £1,000 a year worse off if the government scraps the increase.

Sir Keir Starmer, the Labour leader, said families deserved certainty during the pandemic that their incomes would be protected but Nadhim Zahawi, the vaccines minister, dismissed the vote as a “political stunt”.

Elsewhere, the first stage of Jeremy Corbyn’s legal battle with Labour over his suspension from the parliamentary party will be heard by the High Court.

Sir Keir Starmer called Boris Johnson “pathetic” for ordering his party to abstain in the Commons vote on Universal Credit and urged the prime minister to join him for a visit to a food distribution.

The Labour leader told ITV’s Lorraine: “If he’s going to call it a stunt, he should probably come with me to a food distribution centre to see these families this morning and explain to them what is a lifeline to them is a ‘stunt’, because it certainly isn’t from their point of view.

“I actually think in their heart of hearts quite a lot of Tory MPs know that cutting this money to people who desperately need it in the middle of a pandemic is the wrong thing to do, they know that, they probably want to vote with us but because of the tribal way we do politics they can’t.

A tweet from the main Conservatives Twitter account has drawn criticism after showing an edited clip of the Labour leader, Sir Keir Starmer, calling for Universal Credit to be scrapped.

Labour has called for the benefit to be replaced with a “social security system fit for the 21st century with compassion and justice as its founding principles”.

The government has closed travel corridors that had allowed people to enter the UK without self-isolating.

Arrivals must now take a negative coronavirus test up to 72 hours before departure, and self-isolate for up to 10 days.

The Department for Transport announced on Monday that high-value business travellers, performing arts professionals and journalists have lost their exemption from travel restrictions.

Other people who must now abide by the rules include those working in “high-end” television production and film, ornamental horticulture, advertising and the National Lottery.

Aircraft crew, hauliers, offshore oil and gas workers and people involved in elite sport are among those whose exemptions remain.

Boris Johnson has been urged to intervene to speed up the pay review process and grant NHS workers facing “burnout” an immediate wage increase.

Fourteen health unions, representing some 1.3 million workers, have written to the prime minister warning him that coronavirus has left hospital staff feeling “demoralised and traumatised”.

Vaccines minister Nadhim Zahawi said it would be “discriminatory” to refuse to take on new employees who will not be vaccinated.

Asked about Pimlico Plumbers’ efforts to pressure staff to be jabbed, he told BBC Radio 4’s Today programme: “I think that is discriminatory.

“We’re not that sort of country and I think it’s important we do it by persuasion.”

The foreign secretary has told Russia to immediately release Kremlin critic Alexei Navalny after he was detained in Moscow on Sunday.

Mr Navalny was detained at an airport in the Russian capital after spending five months in Germany recovering from nerve agent poisoning that he blames on Moscow.

The first stage of Jeremy Corbyn’s legal battle with Labour over his suspension from the parliamentary party will be heard by the High Court today.

Lawyers for the former opposition leader are applying for the disclosure of documents ahead of a possible legal challenge over his suspension.

It has previously been reported that Mr Corbyn will seek evidence proving there was a deal with Sir Keir Starmer’s office to readmit him to the party.

Mr Corbyn was suspended from Labour in October for claiming that the scale of antisemitism in the party was “dramatically overstated for political reasons”.

“This debate today has no real impact on the outcome on those families, other than a political little stunt for Labour.”

The PM has ordered Conservatives to abstain in a pair of votes tabled for later today calling on the government to scrap a planned £20-a-week cut in universal credit and working tax credit and extend food vouchers or free school meals through the February half-term.

The votes are not binding on the government, but abstention is seen as a tactic to avoid the embarrassment of potential defeat for the prime minister, after the 50-strong Northern Research Group of Tory backbenchers called for the £20 coronavirus uplift to be kept.

The Opposition Day Debate will be after 3.30pm.

The motion states: “This House believes that the government should stop the planned cut in Universal Credit and Working Tax Credit in April and give certainty today to the six million families for whom it is worth an extra £1,000 a year.”