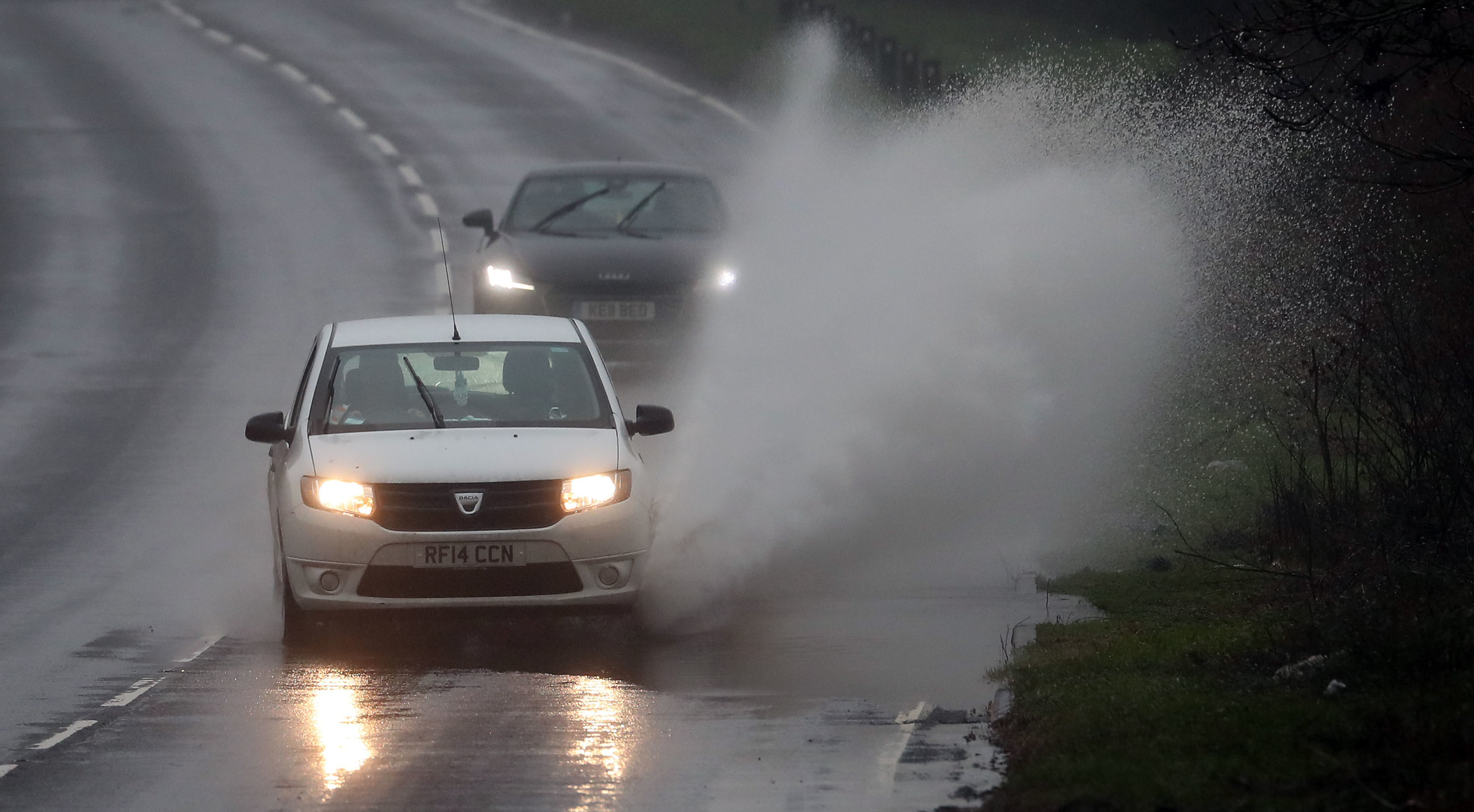 Parts of the UK are set to see heavy downpours in the coming days, with forecasters warning of potential flooding.

Around 30-60mm of rain could fall across large parts of western England and Wales between Monday and Wednesday.

The Met Office has issued a yellow rain warning, saying to expect “heavy and prolonged” downpours with some snowmelt across hilly areas.

It comes after parts of the UK saw between four and eight centimetres (1.5-3in) of snow to start the weekend.

An amber weather alert for snow was put in place for some areas on Saturday morning, with people told to expect travel delays, power cuts and a chance that rural communities could be “cut off”.

The Environment Agency had 23 flood warnings in place across England on Saturday evening, stretching from the South East to the North East, meaning “immediate action is required.

A further 99 flood alerts have also been issued.

Southern and eastern parts of the UK will mostly see “dry, sunny spells” on Sunday, according to the Met Office.

North-western regions are expected to see showers, with a “spell of more persistent rain” later on in the day.

Craig Snell, a Met Office forecaster, said: “Sunday will certainly be a calm day for many, with dry, sunny spells across southern regions in England and Wales.

“Although it will start rather chilly with some icy patches across eastern areas still in place from the day before.

“But it will also be the slightly warmer day of the weekend- with highs of around 9C in parts during the afternoon”.

However, torrential downpours are set to move in from Monday, which could cause flooding as it “combines with melting snow”, according to Mr Snell.

The Met Office has issued a yellow rain warning for Monday evening, lasting until Wednesday.

The warning, which covers parts of north-west England and large swathes of Wales, says there could be a “danger to life” from possible “fast flowing or deep floodwater”.

Such conditions could bring delays to public transport, damage to buildings or power-cuts, the Met Office said.

Mr Snell added: “Around 30-60mm of rain could be seen in the worst affected regions, with 200mm in the most hilly areas.

“This could cause some snowmelt flooding issues, so people are advised to be very careful when travelling to work.”

0 0 0 0
Previous : Wearing a mask in the supermarket helps me hide my unhealthy habits
Next : Ten new mass Covid jab centres open as drive to vaccinate picks up pace