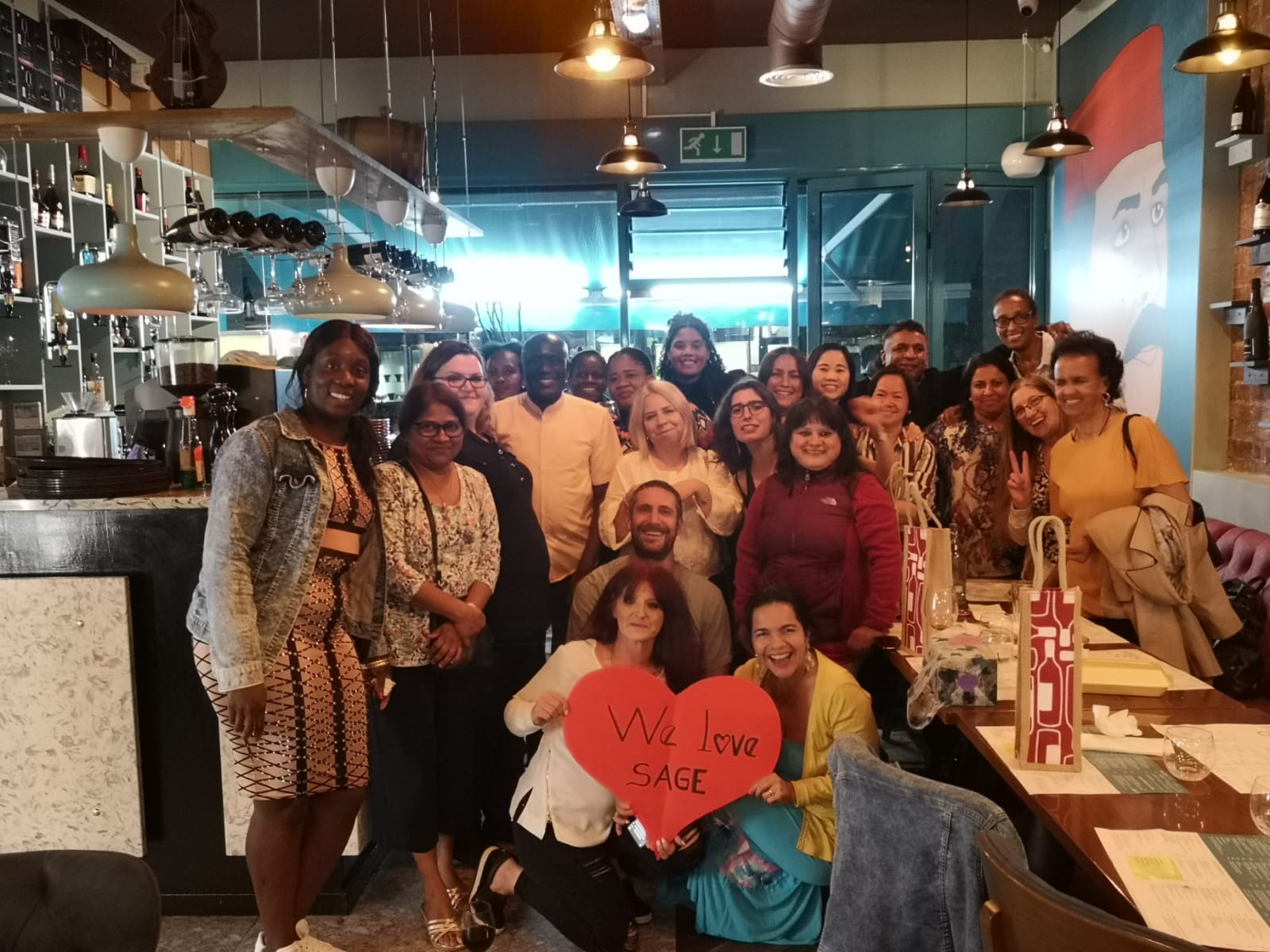 ‘Treat us with dignity and respect’: Care home workers strike, calling for full sick pay and a living wage

Bile Ahouzan and Andrene Williams felt the trauma alongside the families affected, having cared for residents at the home for almost 30 years between them.

Like many care workers, they work 12-hour shifts in what is a demanding job, both emotionally and physically.

As senior carers they are paid £9.60 an hour – below the living wage for London – and getting by is difficult. Less experienced staff at Sage are paid £8.71.

If they are ill they face a difficult choice between carrying on working and not having enough money to pay the bills. For Williams, trying to provide for her children on just £95.85 per week Statutory Sick Pay (SSP) was not an option.

Now, after months of disputes with their employer over pay and working conditions, Williams, Ahouzan and other workers at the home have reluctantly taken the decision to strike for three days from Friday.

It is not a path they wanted to take, especially during a pandemic, but they feel they have no other option as Sage has ended discussions with their union, United Voices of the World (UVW).

“We just want to be treated with dignity and respect,” says Ahouzan. “Some people think we are the lower ones in society but I am proud of what I do. I am giving something back to the community.

“We are helping people to live longer and have a better life.”

They are asking for £12 an hour and parity with NHS staff who, after five years of service, are entitled to six months’ full-pay and six months’ half-pay if they are off sick.

A spokesperson for Sage, which is a not-for-profit organisation, said the staff’s demands were “unrealistic”, pointing out that pay was in line with other providers and that the whole care home sector is battling the effects of Covid-19.

The recent surge in Covid cases has further highlighted the UK’s problem with sick pay and low wages, not just for care home workers. Sick pay here is lower than in any other developed country, covering just 20 per cent of the average earnings compared to 70 per cent in Germany and 80 per cent in Denmark. Self-employed workers get nothing at all, unlike in most EU member states.

Even the health secretary, Matt Hancock, has admitted he could not live on SSP, yet the government has so far refused to increase it.

Google and Apple data indicate that more people are moving around than during the first lockdown and a study by University College London found that 38 per cent of people said they did not self-isolate for the required minimum of 10 days after developing Covid-19 symptoms.

So far, the government’s response to the problem has been deemed inadequate. Ministers belatedly introduced funding for care home workers to be receive full pay for periods of self-isolation due to coronavirus. Money is not available for any other illness or injury and will no longer be available after 31 March.

The government also brought in one-off self-isolation payments of £500 for people unable to work due to coronavirus, yet the Resolution Foundation found that only one in eight UK workers was eligible.

Nowhere is action more critical than in care homes where, even after Covid is brought under control, residents are vulnerable to infections passed on by staff who are unwell.

After the public spotlight briefly fell on the vital work that staff in residential care homes do the government appears to have gone quiet on giving them a better deal.

At the start of the pandemic, median pay for care workers was just £8.50 per hour, or 29p above the legal minimum wage at the time. This doesn’t account for time spent travelling to work or hours for sleep-in shifts which unions argue should be paid at least minimum wage.

Bile Ahouzan believes his work is worth more. “We are not here for money,” he says. “But as carers we are doing a skilled job. We often know the residents better than their family members do. The Sage managers do not value that, they treat us like numbers.”

Many care home providers were already in a difficult financial position before the pandemic which has sadly killed thousands of residents. Each of those individual tragedies also impacts care providers’ income and erases fine profit margins. They say it is just not possible to pay any more than they already do.

“We know that many providers are currently facing substantial financial hardship and we would call on government to resolve some of these issues through proper funding,” says Nadra Ahmed, chairwoman of the National Care Association, who did not comment on the details of Sage care home.

“The financial stability of our sector has been at the centre of public debate for many years with no resolution forthcoming. This pandemic has exposed those weaknesses beyond comprehension.

“At the moment we’re not seeing any light at the end of this very dark tunnel that we’re going through and it’s not for want of trying.”

The Health Select Committee put the sector’s funding shortfall at £8bn before the pandemic, a figure that is likely to have since risen substantially.

There is growing momentum behind a campaign for better wages and particularly for actio on inadequate sick pay.

The GMB Union is pushing for all care workers to receive full sick pay when they cannot work.

“It’s shocking that most of the UK’s social care workforce are still only entitled to basic Statutory Sick Pay (SSP), a measly £95.85 per week, the lowest level in Europe with the exception of Malta,” says Kelly Andrews, GMB social care lead.

”Thousands of unwell social care staff struggle to pay their bills when they get sick and can be as much as £250 worse off a week as a result of being put on SSP. This isn’t good enough and it’s an unacceptable infection control risk being forced on our members.

The union is calling for a clear directive from Helen Whatley, the government’s minister for care, that full sick “must now become the norm” across Britain’s social care workforce.

A Sage Trustees spokesperson said: “Sage runs a single care home which is not operated to generate a profit and it relies upon donations.

“Given its charitable objectives it is disappointing that [UVW] has chosen to focus a campaign against [us] and not the many other commercial care homes who pay similar rates.

“Like many in the care sector, Sage is battling with the consequences of Covid-19.

“Against this background, the union is encouraging a series of unrealistic demands which the charity cannot afford and which could, if implemented, lead to the closure of the care home.”

0 0 0 0
Previous : Suspicions grow that nanoparticles in Pfizer’s ‘COVID-19’ fake vaccine trigger rare allergic reactions (and grow even more so in the weeks since this article in Science was published)
Next : Masks are killing you – Take them off now – Doctor – Please Share