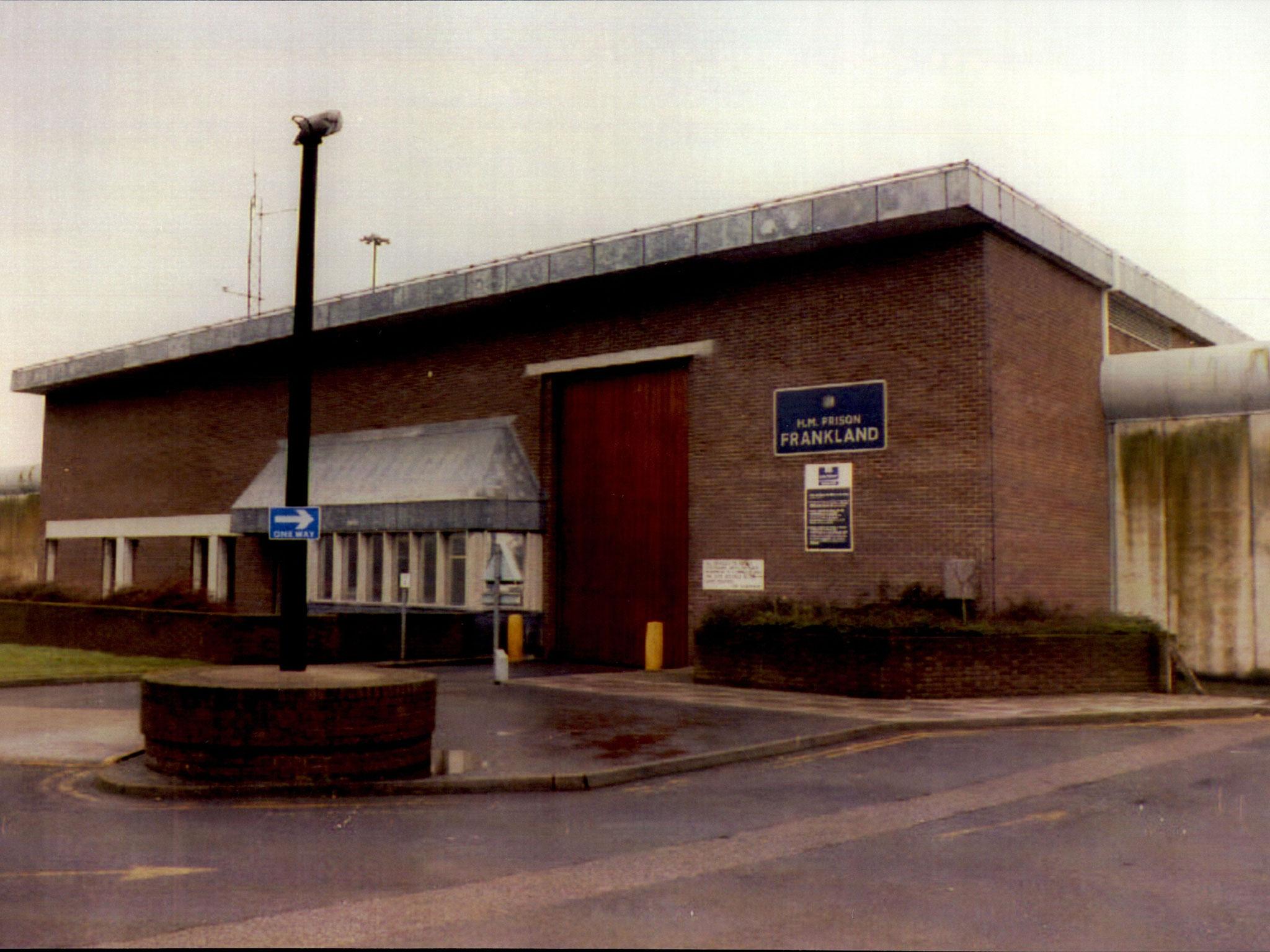 A prison unit designed to house the UK’s most dangerous terrorists is entrenching extremist beliefs further, a report has warned – with one inmate seriously attacking an officer.

The assault at HMP Frankland was revealed by a watchdog that raised concerns over the refusal of inmates to comply with deradicalisation schemes.

Khairi Saadallah, a Libyan asylum seeker with a history of mental health issues, regularly attended the gym and prayers with Omar Brooks.

Known as Abu Izzadeen, he was part of Choudary’s al-Muhajiroun network and had been convicted for terrorist funding offences and violating a travel ban.

A court also heard that after the Reading  terror attack, Saadallah repeatedly asked to be held at southeast London’s HMP Belmarsh, which holds several prolific terrorists and has been the scene of previous extremist networking.

A report by the Independent Monitoring Boards (IMB) said applications to move inmates into terrorist separation centres had decreased, despite the overall number of terrorist prisoners rising.

It said that as well as the attack on the prison officer, there had been a “number of serious incidents of violent behaviour” and wider “antagonism and hostility to staff” at HMP Frankland, near Durham.

“Patterns of behaviour seem to have become entrenched, with concerted non-cooperation with the regime offered,” the report added.

“The lack of engagement appears to preclude any progress towards progression.”

Prisoners in the separation centre are offered access to skills workshops but “refuse to engage” in all activities and programmes, other than making use of a gym.

The IMB voiced its concerns to the government, questioning whether the unit was “viable in the successful management” of terrorist prisoners.

“These revelations raise serious and worrying questions,” he told The Independent.

Footage of ‘terror attack’ by prisoners at HMP Whitemoor

“At a time when there are increasing instances of terrorism-related offences in prisons, why is the government quietly mothballing specialist separation centres for extremist prisoners?”

The IMB report, covering 2019, was published after a terrorist attack by two inmates at HMP Whitemoor, in Cambridgeshire.

Jailed terror plotter Brusthom Ziamani and Baz Hockton, a violent offender who was radicalised inside prison, attempted to murder a prison officer on 9 January 2020.

Three other terror attacks were carried out by released terrorists in little over a year, at Fishmongers’ Hall, Streatham and Reading.

Ministers responded with laws to stop automatic early release and keep terror offenders in prison for longer, but concerns over the situation inside jails continue to mount.

Some terrorists previously underwent deradicalisation courses during their sentences, sparking questions over the schemes’ effectiveness and the potential for false compliance.

The Ministry of Justice has previously provided public assurances that the “very highest risk offenders are now managed in separation centres”.

It said the three units, with a combined capacity of 28 men, would “help stem the flow of radicalisation behind bars and prevent their influence over others”.

But the IMB report said the unit at HMP Frankland “is now effectively the only functioning unit of its kind nationally” following the closure of separation centres at HMP Woodhill and HMP Full Sutton.

They were announced by the government in July 2017, following recommendations from a review into Islamist extremism inside jails by former prison governor Ian Acheson.

He told The Independent the scheme was “withering on the vine”, and that the HMP Whitemoor terror attack had increased security concerns.

Mr Acheson said it was “disgraceful and dangerous” that only one centre was operating, at a time when the number of terrorist prisoners stands at a record high and the national threat level is severe.

The IMB report echoed concerns previously raised by prison staff in a Ministry of Justice study published in July 2019, which confirmed that separated extremists were able to interact with each other in the units.

It said that although the separation centre scheme had removed “some of the most influential extremist offenders from the mainstream prison population”, they were not engaging with rehabilitation and deradicalisation programmes, or psychology services.

The study found that while separation centres can allow intensified monitoring and more tailored interventions, they also create the “risk of bonds being strengthened between the separated prisoners”.

“Concerns have been expressed that by being separated together they will reinforce each other’s beliefs and become further radicalised,” it added, highlighting the volatile history of separation practices in Northern Ireland.

Staff reported that separated inmates were becoming “more challenging” over time, and that some appeared to have withdrawn from education and deradicalisation schemes because of the influence of “key prisoners”.

While there was no concrete evidence that new terror networks were being created in the separation centres, the study said at least one inmate appears to have “actively set out to be separated”, in order to enhance his status and learn from fellow extremists.

The study concluded that there was “little published evidence to suggest that separation of extremists is an effective approach to managing these offenders and preventing wider prisoner radicalisation”.

“Consideration needs to be given to how the men can be rehabilitated and progress from the centres if they are not demonstrating reductions in their risk by addressing their offending behaviour,” the study said.

A Ministry of Justice spokesperson said it would respond to the IMB report in due course, and that most extremist prisoners can be effectively managed in the mainstream population.

“Separation centres are used to stop the most influential extremists from spreading their ideology to other prisoners,” he added.

“Filling them with other terrorist offenders, who we know can be managed effectively in mainstream prison, would defeat their purpose.

“We are spending £100m bolstering prison security to cut violence and giving officers tools like PAVA pepper spray and body-worn cameras to make their jobs safer.”

0 0 0 0
Previous : Man arrested at inauguration checkpoint with gun and ammo says he was lost and did not mean to bring weapon to DC
Next : Government plans on making it harder to remove controversial statues in new protections from ‘baying mob’