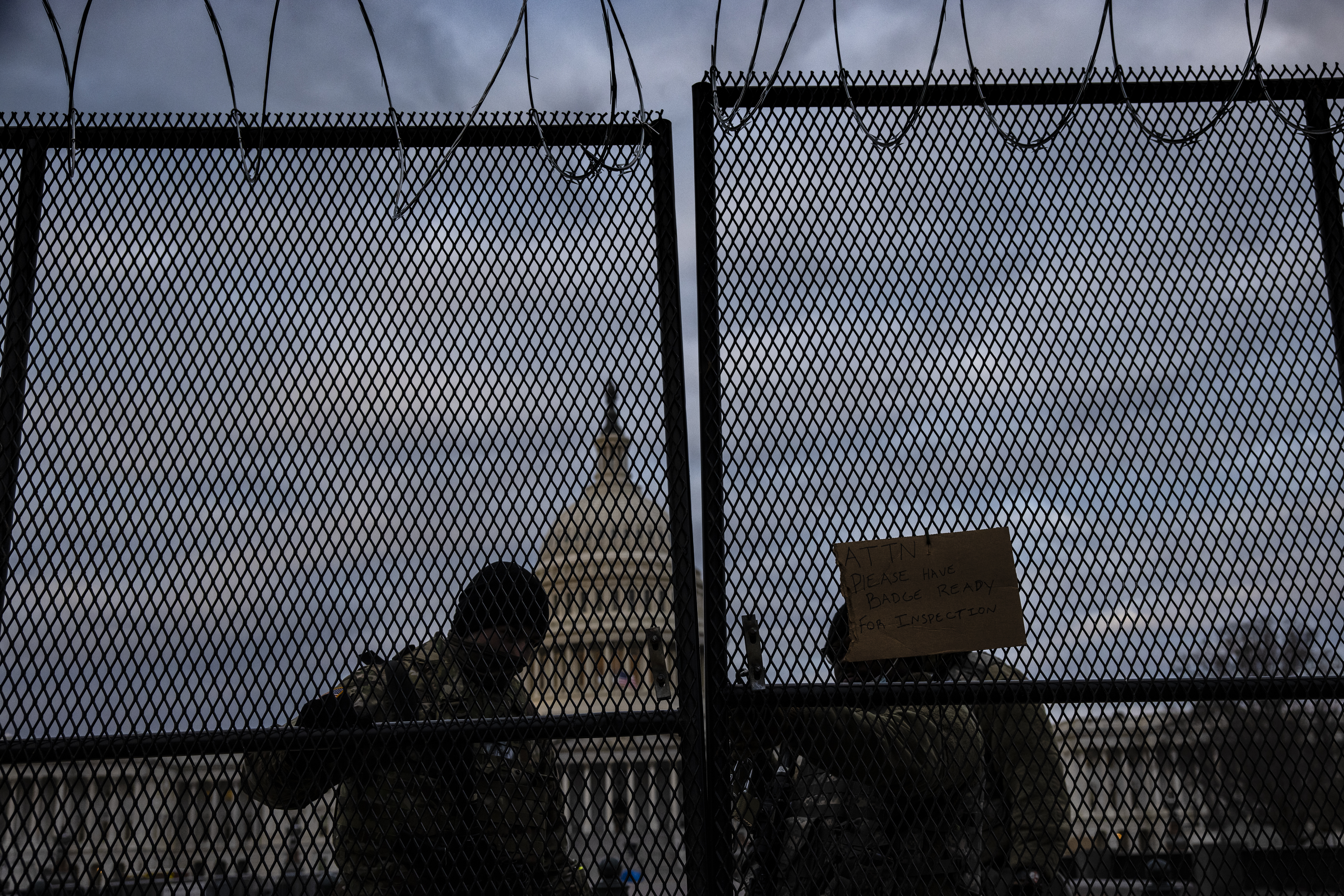 A Virginia man arrested by law enforcement in Washington DC after trying to pass through an inauguration security checkpoint carrying an unregistered pistol and ammunition said he had gotten lost and did not mean to be in the capital.

Wesley Allen Beeler, 31, drove into the heavily locked down portion of Washington DC surrounding the White House and the US Capitol. In order to move through that part of the city, visitors must pass through security checkpoints.

When he was intercepted by the Capitol Police, Me Beeler was arrested for possessing an unregistered firearm, unregistered ammunition and for carrying a pistol without a license, according to The Washington Post.

The man was released on personal recognisance and the ruling did not face opposition from prosecutors.

Mr Beeler said it was an “honest mistake” and denied details in the police report that suggested he had upwards of 500 rounds of ammunition in his truck.

He claimed he has spent the past week working as a hired security guard in Washington DC in anticipation of the inauguration. He says that on the day he was arrested he was running late and only realised when he was halfway to DC that he had his gun in his car. He was unwilling to turn around, so he kept going, and said he got lost driving around the District, which ultimately led to his arrest.

“I pulled up to a checkpoint after getting lost in DC because I’m a country boy,” he said. “I showed them the inauguration badge that was given to me.”

On Saturday, Capitol Police said the badge he presented was a “non-governmental” credential.

Mr Beeler was provided his credential – which was not recognised by authorities – by his employers, MVP Protective Services.

The officers who stopped Mr Beeler said their concern grew when they saw bumper stickers on his truck that read “Assault Life” and “If they come for your guns give ’em your bullets first”.

They asked if he had any weapons in the car, and Mr Beeler admitted to carrying a Glock in his centre console.

The arresting officers then removed Mr Beeler from his truck and said they found his handgun, which was loaded and ready to fire with a high-capacity magazine carrying 17 rounds of ammunition.

They also said they found more than 500 rounds of ammunition, including hollow-point bullets, which are often use by shooting enthusiasts for their accuracy, but which also expand on impact, making them especially deadly.

Mr Beeler said he only remembered having the pistol and the shotgun shells.

“It was just me forgetting to take it out of my truck before I left for work. I don’t know what the DC laws are. It still comes back on me, but I’m not a criminal,” Mr Beeler said.

A person familiar with Mr Beeler and his actions spoke with The Washington Post on condition of anonymity, saying Mr Beeler had no known extremist ties and that he fully cooperated with law enforcement officers and has since been cleared from further investigation.

Mr Beeler’s mother and father spoke to the paper and confirmed their son had been taking security work in DC for the past week.

According to Mr Beeler, he had been hired by MVP Protective Services to keep watch over media equipment stored in the city ahead of Joe Biden’s inauguration.

Mr Beeler has been ordered not to return to Washington DC except to appear in court or to meet with his lawyer. He told The Post he is trying to conceieve of a way to explain the situation to his children.

0 0 0 0
Previous : Boris Johnson accused of ‘running scared’ after accusing Labour of stoking hatred over benefit cuts plan
Next : Prison unit for UK’s most dangerous terrorists could be radicalising inmates even more