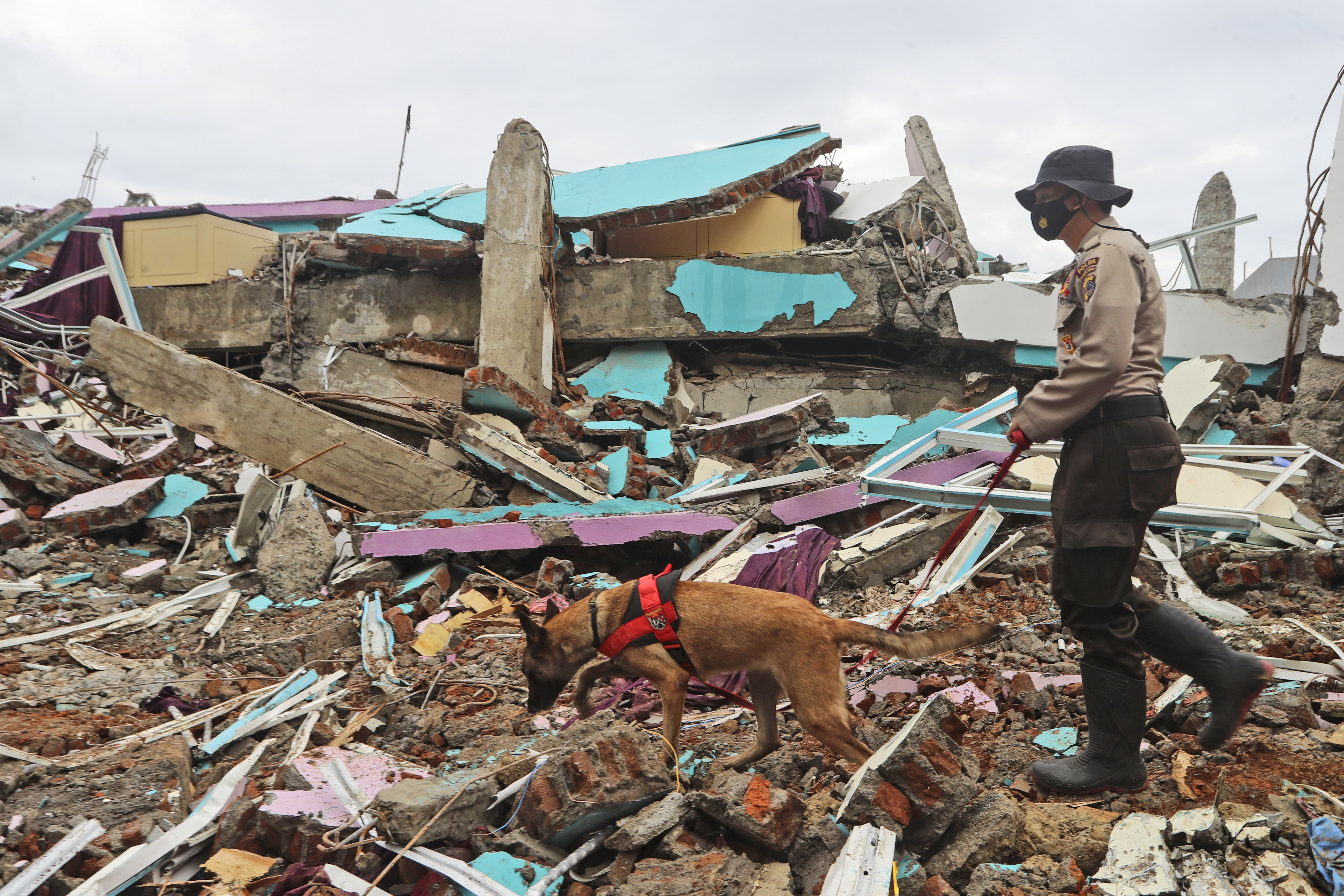 A number of bodies have been discovered by rescuers amongst the wreckage of homes and buildings destroyed by a 6.2-magnitude earthquake, raising the death toll to 56.

Thousands were left homeless and more than 800 have been injured by the quake, with more than half of those still receiving treatment for serious injuries, Raditya Jati, the National Disaster Mitigation Agency’s spokesperson said.

Currently, a total of 47 people are known to have died in Mamuju on Sulawesi island, the worst affected area, and nine in Majene, a neighbouring regency.

Jati said at least 415 houses in Majene were damaged and about 15,000 people were moved to shelters. Data continues to be collected on the area and on those who are affected.

The military and disaster relief services have been working to restore the roads which surround the towns, the damage to which previously hindered rescue efforts.

Jati has now confirmed that heavy relief equipment reached the hardest-hit city of Mamuju and the neighbouring district of Majene on Sulawesi island, where the quake hit on Friday night.

Many on Sulawesi island are still haunted by a magnitude 7.5 earthquake that devastated Palu city in 2018 and set off a tsunami that caused soil to collapse in a phenomenon called liquefaction. More than 4,000 people were killed, including many who were buried when whole neighbourhoods were swallowed in the falling ground.

Indonesia, home to more than 260 million people, is frequently hit by earthquakes, volcanic eruptions and tsunamis because of its location on the “Ring of Fire,” an arc of volcanoes and fault lines in the Pacific Basin.

0 0 0 0
Previous : Brexit: Raab claims EU trade agreement is ‘great deal’ for fishermen, as firms complain of costs and delays
Next : Coronavirus: No-one should be going on holiday while NHS is ‘on the cusp’, says Dominic Raab