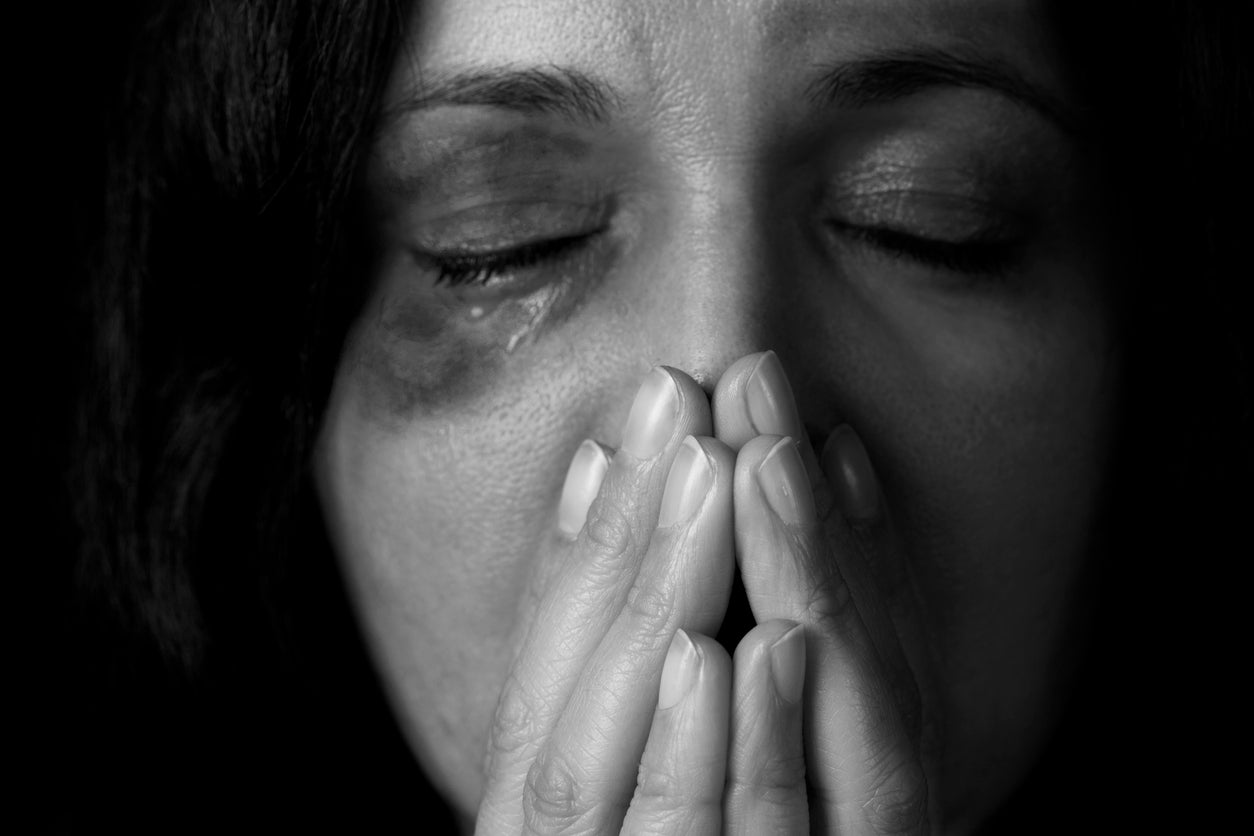 ‘Far too many turned away’: Domestic abuse victims left with nowhere to go as services struggle in pandemic

As Covid cases across the country surge, a shadow pandemic of domestic abuse has also grown, with many unable to escape an abusive partner as soaring demand makes it difficult for victims to get the help they need.

Boris Johnson used an address to the nation this week to emphasise those trapped at home with abusers were free to leave the house during lockdown, while home secretary Priti Patel appeared on ITV’s This Morning  to alert people to the fact pharmacies have launched a codeword scheme to provide a “lifeline” to victims.

But cash-strapped services have not been given any further funding, meaning they are forced to turn away victims fleeing abusive partners.

Leading services told The Independent bed shortages push survivors into homelessness or force them to return to their abuser where they face further torment.

Providers say they have long been grappling with severe economic uncertainty due to austerity measures forcing refuges to close or cut their services, but the mounting need for support in the wake of the coronavirus emergency has exacerbated the situation.

Patrick Ryan, chief executive of Hestia, a leading domestic abuse charity, told The Independent one of its “life-saving” shelters for victims escaping perpetrators was set to close within weeks because of a funding shortfall, while there was only enough money to keep another of their London refuges open until June.

He said: “Right now, there are victims who have been trapped at home with their abusers for nine months. But we desperately need funds to keep one of our London refuges open. It could close in weeks. It is a struggle and it will continue to be a struggle. It will get worse.

“Financial struggles are a particular feature of the last decade and austerity. For too long, these services have been out of sight and out of mind. These have always been cinderella services when it comes to funding – before the pandemic and before austerity.”

Mr Ryan, whose charity is one of the biggest providers of domestic abuse refuges in London and the southeast, said the charity has been forced to do its own fundraising due to emergency funding from the government running out.

He said some weeks Hestia had no beds available in its refuges and when it did, they were taken very quickly. Highly “delicate” work goes into placing a survivor in a refuge with staff planning the victims’ escape on the phone in “snatched moments” when the person fleeing is safe to speak, he explained.

While the government released emergency funds during the public health crisis, providers warn the money was insufficient and tricky for services to access due to bureaucratic hurdles, with many having already run out of cash.

Jo Gough, chief executive of Rise, a domestic abuse charity which supports victims in Sussex, said they did not know how they would cope after the government’s March deadline for all organisations to use all of their emergency funding. The service has been forced to turn victims away, put stricter eligibility criteria in place, and close waiting lists for survivors seeking help.

Ms Gough said: “We hate to do this. There is a cliff edge at the end of March. Nobody knows what is going to happen. It is quite frightening. If there aren’t long-term sustainable commitments, lots of organisations are going to go under because of rising demand.

“Contingency money from supporters will take us up until June. But we are actively hunting for additional support to make sure no survivors are turned away. We just lost a qualified social worker who went back to social work.

Rise’s helpline for domestic abuse victims was more than three times the average of what it was pre-pandemic in August.

Ms Gough noted the amount of high-risk victims accessing their support who are at risk of murder or serious harm has doubled in the last few years, partly due to there not being enough resources for victims to be supported when they first come forward.

“We see perpetrators who have abused several victims we support either historically or currently,” she added. “Brighton and Hove has a really significant problem with homelessness. Housing is extremely slim. For women experiencing domestic abuse and violence, they are stuck with a partner because they can’t go anywhere. Victims suffer hidden homelessness such as sofa surfing, spending time with family, or potentially returning to an unsafe environment.”

A report released by MPs at the end of April revealed domestic abuse killings in the first 21 days of the first lockdown were double the total of an average period in the past decade.

Lucy Hadley, of Women’s Aid, a federation of 170 local domestic abuse services in England, said unmet demand for services was “extremely high” before the Covid crisis.

“Far too many women are being turned away,” Ms Hadley added. “Services have really been decimated over the past decade so it is important to ensure it is not for next. It’s a massively worrying and chilling time for everyone working in domestic abuse services. You know experiences of violence are getting worse and escalating but ways to access help are increasingly shut off.”

She said Women’s Aid, one of the UK’s biggest domestic abuse charities, has been calling for urgent funding certainty for services across the sector since March last year when the pandemic hit.

Ms Hadley added: “Violence against women and girls organisations called for at least £65m of the £750m package for charities announced by the chancellor, to be ring-fenced for our life-saving sector.

“Whilst we welcome the emergency funding which has been delivered by the Home Office, Ministry of Justice and Ministry of Housing, Communities and Local Government to date, it has been limited, fragmented and challenging for women’s organisations to access.

“Services are now facing the combined threat of the lockdown, the prospect of rising demand for support and financial uncertainty in the next financial year.”

She noted the government pledged around £30m for domestic abuse and sexual violence services in the spring, with an additional £12m made available in top-up funding, but argued the money was insufficient as well as being “bureaucratic and difficult” for local services to access.

Less than half of services responding to their survey in 2020 said they had experienced an overall increase in funding or income during the coronavirus emergency.

Last May, it emerged calls to the UK’s national domestic abuse helpline had risen by 66 per cent and visits to its website soared by 950 per cent since the country went into a national lockdown.

Jane Gregory, founder of Salford Survivor Project, which helps domestic abuse victims in Salford in Greater Manchester, said they do not have time to apply for funding as they are so overwhelmed with helping survivors.

“We haven’t had any of the government’s emergency funding,” she added. “You have got to really search for it and we just don’t have time. I do 70 or 80 hours a week of work some weeks. We’ve had to pick and choose which victims we can support. We’ve had so many crisis cases that there are cases where we would normally provide long-term support, but we don’t have the capacity to do so.”

0 0 0 0
Previous : TRANSFORM LONDON 2021: What Are My Policies In My Transform London 2021 Plan Of Attack – Brian Rose
Next : Covid vaccinations to begin for over-70s and extremely vulnerable