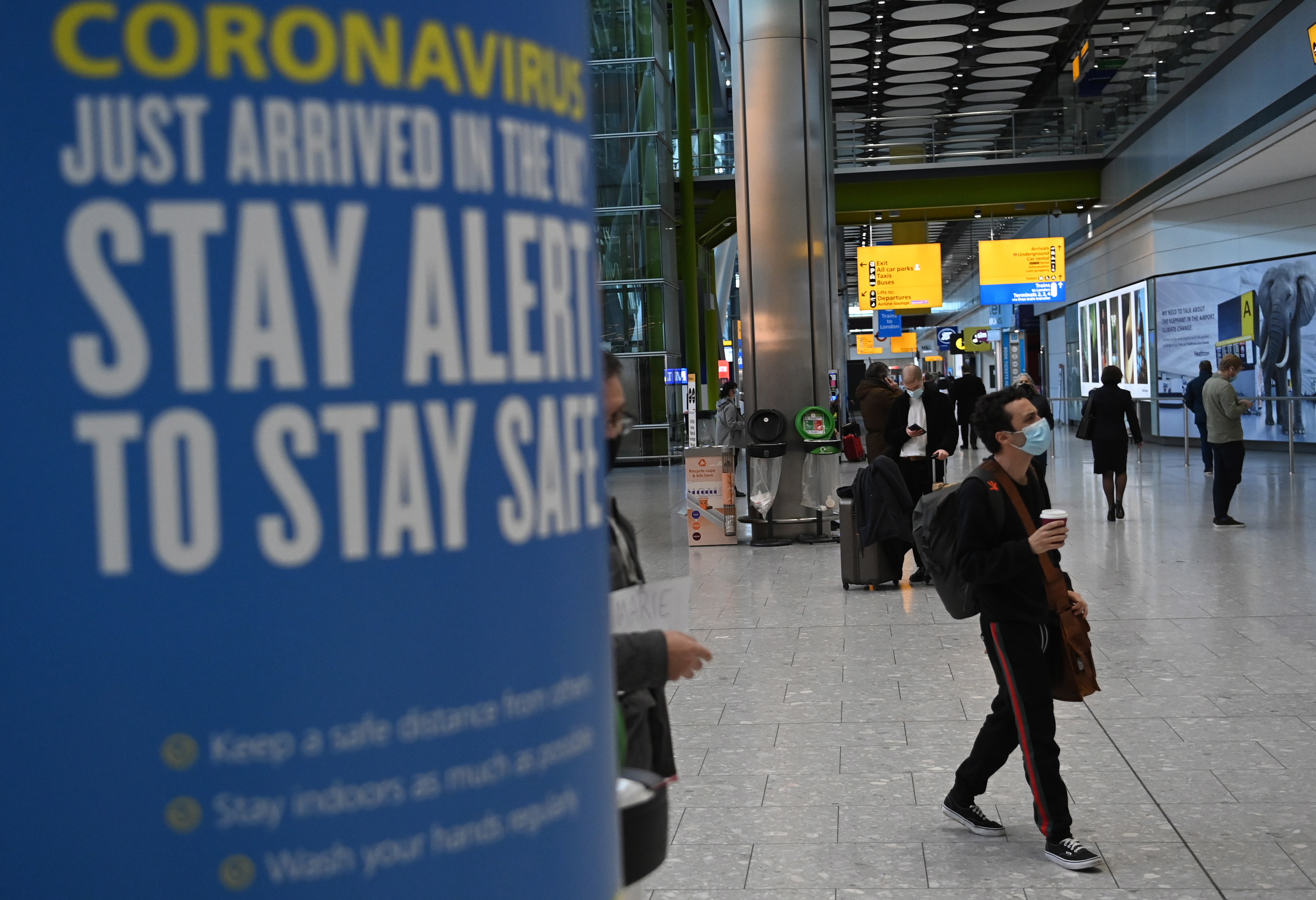 Coronavirus: No-one should be going on holiday while NHS is ‘on the cusp’, says Dominic Raab

People should not be going on any holidays, abroad or in the UK, while the NHS is “on the cusp” due to the coronavirus pandemic, foreign secretary Dominic Raab has said.

Mr Raab was speaking on the eve of Monday’s closure of the travel corridor scheme which allowed people to enter the UK from a limited number of countries – including Australia and New Zealand – without going into quarantine. Also from Monday, those arriving in England will be required to show that they have tested negative for coronavirus within 72 hours of departure.

The foreign secretary confirmed that ministers had considered the option of requiring arrivals in the UK to self-isolate for a period in specially designated hotels, but played down the prospect of its imminent introduction, saying there were question marks over its “workability”.

He said that checks would be stepped up to ensure that those arriving in the UK comply with the 10-day quarantine rule.

In a round of media interviews, Mr Raab denied the government had been slow to take action to prevent movements across its borders, particularly since the emergence of virulent new Covid-19 strains in Brazil and South Africa. He insisted the UK was broadly in line with countries like Germany and Canada in imposing travel restrictions.

Asked whether any Briton should be going on holiday during the current lockdown, Mr Raab told Sky News’s Sunday with Sophy Ridge: “Right now, people should be staying at home unless it’s absolutely necessary.

“So no, they shouldn’t be going on holiday. I don’t think that’s appropriate.

“Any travel, domestic or otherwise, ought to be for the limited exceptions that have been spelt out.”

He warned that travel would risk increasing the spread of Covid-19 and raising pressure on the NHS at a time when ministers have warned it is at risk of being overwhelmed.

“We’ve got this narrow period where the NHS is on the cusp,” said Mr Raab. “We’ve got to protect it.

“We’ve got the light at the end of the tunnel with vaccines. We’ve just got to stay at home as much as possible, unless there are really strong limited exceptional reasons for travelling domestically or internationally, and that’s the way we get through to a better place.”

Government sources described as “speculative” reports in the Sunday Times that plans were being drawn up for the creation of quarantine hotels for those arriving in the UK.

Mr Raab did not deny that this option had been considered, telling BBC1’s Andrew Marr Show: “We’ve said we keep all the potential measures under review.”

But he added: “I think there is a challenge in terms of its workability, its deliverability. But we need to look at that very carefully, based on the experience of other countries.”

The foreign secretary said that controls were being stepped up on adherence to the 10-day quarantine which will be required for all arrivals from overseas from Monday.

“We’re going to be strengthening the checks at the border to make sure when people come in that they filled out the passenger location form, that they’ve got that negative test that they have to vouch for before they get on a flight,” said Mr Raab.

“Also, because the effect of abolishing or suspending the travel corridors is that people go into quarantine and self-isolation for 10 days, we’re making sure that Public Health England checks to make sure people are adhering to those rules and also follows on compliance.

“As well as changing the rules, we are also making sure we pick up the capacity to make those checks.”

Mr Raab described the suspension of travel corridors as “a precautionary measure just to make sure we don’t undermine the programme of vaccination and protection of the NHS here at home”.

A member of the government’s Scientific Advisory Group for Emergencies gave his backing to the idea of quarantine hotels.

“If you’re going to have quarantine then you should probably make it as effective as you possibly can,” Professor John Edmunds told Times Radio.

“Ours has been rather lax, not just for visitors coming into the UK – the vast majority of whom do not have Covid – but we’ve also been rather lax with our quarantine of individuals who have been in direct contact with a case; indigenous cases.

“We’ve been pretty lax about that, we just ask them to stay at home. So I think, yes, if we’re going to have quarantine,we should try and make it work as best as possible.”

Labour shadow work and pensions secretary Jonathan Reynolds said that he was ready to “look at” the option of quarantine hotels for passengers arriving from abroad.

Mr Reynolds told Ridge: “If that is the most effective way to tackle that, I’d look at that. I’m not sure necessarily it is the case.”

Questioned over whether it was selfish for people to be going on holiday at present, Mr Reynolds said: “I just don’t understand why it has taken so long to put those arrangements in place.

“We’ve seen what went on in other countries, I think we were told initially that those just weren’t effective, they weren’t worth doing, but clearly they are.”