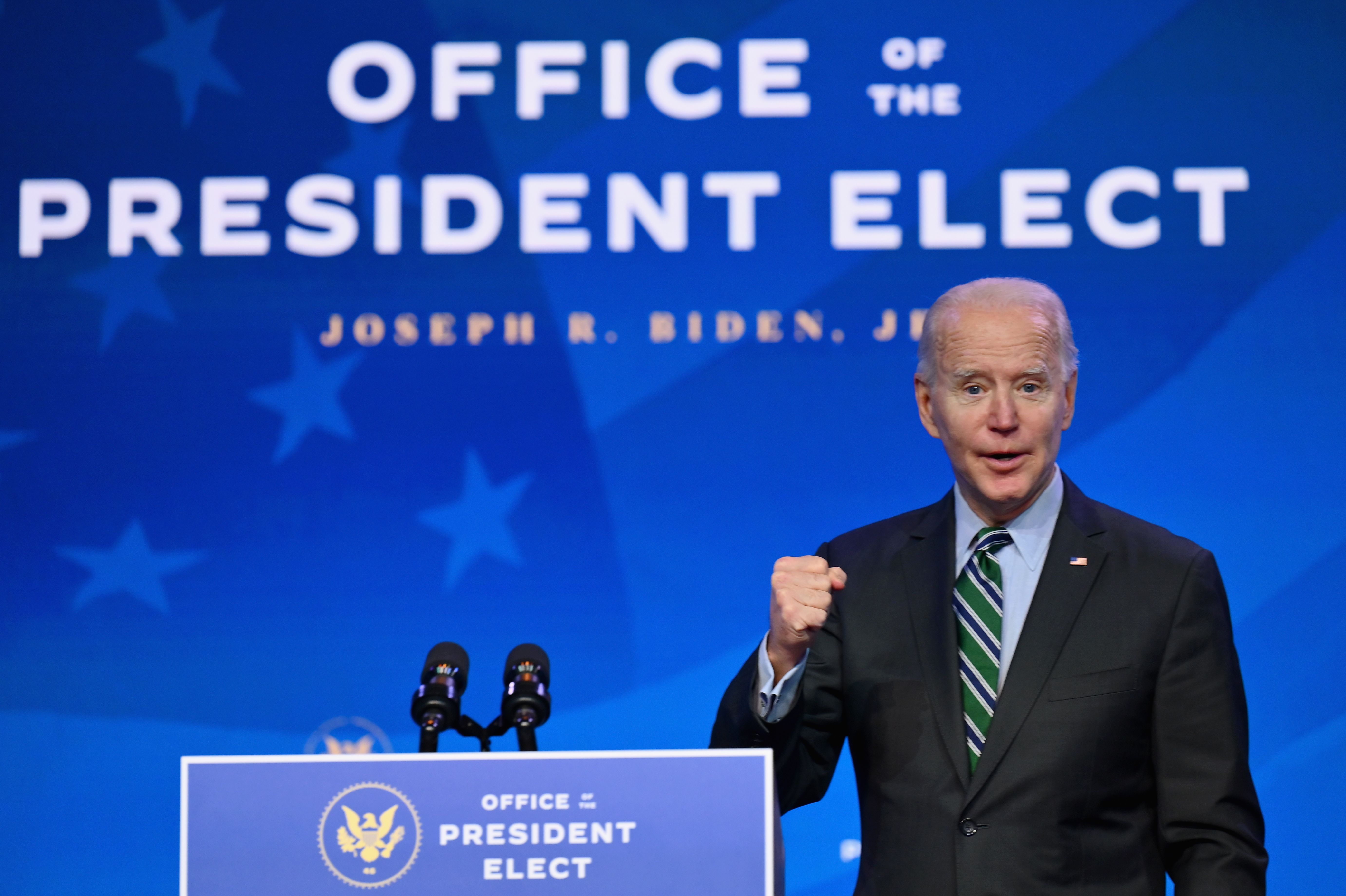 The incoming administration has prepared more than a dozen executive actions for inauguration day on Wednesday, including striking the Trump administration’s bans on travel from majority-Muslim countries and rejoining the Paris climate agreement.

Following his swearing-in ceremony, there will also be swift action on the coronavirus pandemic, including a mask mandate for federal property and interstate travel and extending efforts to freeze evictions and defer student loan payments.

In the days that follow, he will announce a programme to reunite families separated by federal law enforcement at the US-Mexico border. He also will roll out criminal justice reform proposals and other measures to combat the climate crisis.

In a statement, incoming chief of staff Ron Klain said that “these actions will change the course of Covid 19, combat climate change, promote racial equity and support other underserved communities, and rebuild our economy in ways that strengthen the backbone of this country: the working men and women who built our nation”.

“While the policy objectives in these executive actions are bold, I want to be clear: the legal theory behind them is well-founded and represents a restoration of an appropriate, constitutional role for the president,” he said.

The incoming administration will announce policy specifics and other measures in the coming days.

Mr Biden announced this week a $1.9 trillion stimulus package to boost the economy and provide additional relief to millions of struggling Americans during the public health crisis. The proposal saw immediate support among Democratic lawmakers, signalling an urgency to move policy forward.

The Biden agenda faces “a moment of profound crisis for our nation”, Mr Klain said. “We face four overlapping and compounding crises: the Covid 19 crisis, the resulting economic crisis, the climate crisis, and a racial equity crisis. All of these crises demand urgent action.”

Mr Biden’s immediate moves will aim to “prevent other urgent and irreversible harms, and restore America’s place in the world,” Mr Klain said.

His announcement arrives amid the shifting power balance in Congress, the departure of a twice-impeached Republican president and the aftermath of a deadly insurrection at the Capitol mounted by his supporters.

In damning remarks on Saturday, House majority leader Steny Hoyer declared that “none of the Trump officials who have resigned their posts over the past few weeks will salvage their reputations by doing so”.

“They have all been a part of, and enablers of, the most dysfunctional, corrupt, and destructive administration in history,” he said. “They should all live a life of shame for what they have done to our beloved country.”

His statement follows the resignation of several administration officials and staffers who left their posts in the wake of the Capitol riots.

As it mulls the president-elect’s massive stimulus legislation, on the heels of months-long Republican deadlock to provide relief at the height of the pandemic, the Senate will enter yet another trial for the president’s impeachment.

Democrats have sought to rapidly schedule a trial in an attempt to immediately get to work on Mr Biden’s policy agenda. The president instead will be the first to face an impeachment trial while he is out of office.

Ten House Republicans voted to impeach the president and there is growing speculation that several Republican senators will vote to convict him, underscoring the GOP divisions in Congress, as Republicans insulate themselves from members of the party who encouraged the president’s attempts to undermine election results.