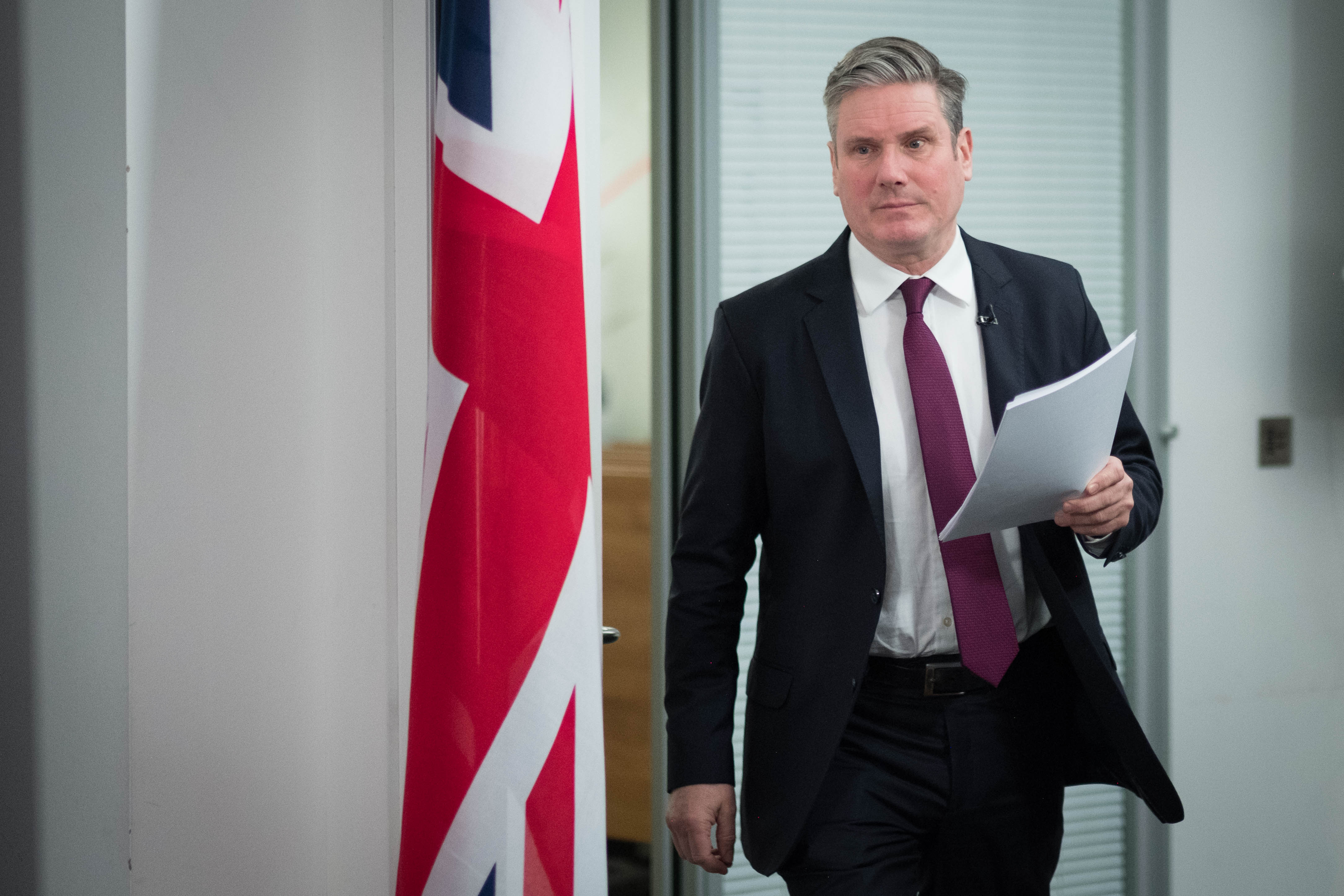 Boris Johnson is facing intensified pressure to formally announce an independent inquiry into his government’s handling of coronavirus after Sir Keir Starmer insisted bereaved families “deserve to know when it will start”.

As the government’s official death toll from the crisis reached 88,590, the Labour leader told The Independent that ministers had “failed to learn lessons from the first phase of the pandemic”.

“The tragic result is that Britain has suffered more deaths during the second wave than the first,” he said. “Every life lost to this virus is a family shattered. The prime minister promised an independent inquiry, and those families deserve to know when it will start.”

His call came as the Liberal Democrat leader Sir Ed Davey, who secured a commitment from Mr Johnson in July 2020 to hold “an independent inquiry into what happened”, also insisted that families who had lost loved ones deserved answers.

In a message to the prime minister, Sir Ed demanded: “Announce one tomorrow. If you’re not, why not? What are you afraid of?

“You promised in the House of Commons from the despatch box there would be an independent inquiry. Deliver on your promise. Get the Covid inquiry done.”

While Mr Johnson pledged to hold an inquest in July, he argued that it was not the right moment to “devote huge amounts of official time” while the government was focusing its attention on combating the pandemic, and No 10 declined to provide any further details.

Major questions remain over the format of the independent inquiry, including whether it will be set up on a statutory basis under the 2005 Inquiries Act, which will have the power to compel witnesses to give evidence, or a non-statutory basis similar to the Chilcot inquiry into the 2003 Iraq invasion so that some hearings can be held in private.

Speaking to The Independent  Sir Ed said the government can start the preparatory work immediately by outlining the inquiry’s remit, establishing a time frame and kicking off the process to appoint an independent chair to oversee the proceedings.

“I think he’s [Mr Johnson] now got to put his mind to it whether he likes it or not,” he said. “The reality is if he’s making this claim the vaccination rollout is going to bring this thing to an end and the end is in sight … then clearly if that’s what he believes what is the barrier to making the preparations for the inquiry?”

He added: “He should announce it now, there shouldn’t any delay: terms of reference, who is going to do it, and let them get ready. In anything like this they need some preparatory work to get themselves going and this is going to be a huge, huge inquiry.

“By appointing the legal team they can start the preparatory work and then they can agree when you actually press go, so people engaged in the pandemic then have to come and give evidence.

“Clearly, I’m not suggesting Chris Whitty [chief medical officer], Patrick Vallance [chief scientific adviser] and all of the rest of them, or indeed ministers, should be appearing before the inquiry now. But there’s a huge amount of work that can be done.”

In the absence of an official inquiry, former Tory cabinet ministers Jeremy Hunt and Greg Clark launched a joint parliamentary inquiry into the pandemic in October, as they warned any public inquest would come “too late” for the immediate lessons that should be taken onboard by government.

Mr Hunt and Mr Clark, who chair of the Commons health and science committees respectively, are expected to publish a report on their findings in the spring and have so far quizzed officials including Sir Patrick and Professor Whitty and examined issues such as social care and the approval of Covid-19 vaccines.

A separate All-Party Parliamentary Group (APPG) — chaired by the Liberal Democrat MP Layla Moran – also began an inquiry last year and has held numerous evidence sessions, probing the widely-criticised NHS Test and Trace programme, lockdowns and exit strategies, and preparations for a pandemic, including the government’s 2016 simulation of a flu outbreak, Exercise Cygnus.

Sir David King, a former chief scientific adviser to government between 2000 and 2007, told The Independent: “We should have had an inquiry before now, we might have saved the day, but an inquiry as soon as possible would be good.”

However, he warned: “I think now it’s almost inevitable the prime minister is going to hang back until he feels the epidemic is over. One of the issues is if it’s up to the prime minister … I think he would delay until the next election, or after it, it’s hardly going to be a good report.”

Sir David, who founded the Independent Sage group to mirror the government’s official Scientific Advisory Group for Emergencies, also claimed the country could have experienced 10,000 deaths throughout the pandemic, as he described the current toll as “disgraceful” and placed blame on “astonishingly poor decision-making”.

Dismissing Mr Johnson’s remarks about an inquest diverting officials’ attention away from the fight against Covid-19, he added: “Of course they would be calling government in to answer, but it certainly wouldn’t be a distraction from managing the epidemic.”

Jo Goodman, a 32-year-old who lost her father in April, said that families who had lost loved ones “have a right to answers”. She co-founded the Covid-19 Bereaved Families for Justice group and has been repeatedly calling for an independent public inquiry into the government’s handling of the pandemic, including a rapid first phase review.

“I just felt there had to be some kind of accountability and lessons had to be learnt so that other lives were saved,” she told The Independent.

“It’s been such a traumatic way to lose someone: both through knowing it could have prevented and on top of that all the restrictions that have been in place have really heavily impacted on the grieving process. We have a right to answers.”

Ms Goodman added: “The best time for the rapid review phase would have been the summer because obviously there would have been a little bit of respite from the volume of cases we’re seeing. We do believe that a public inquiry should be instigated as soon as possible in order to get going as quickly as possible.

“Whether it’s practical to do it right now when we’re at the peak is a kind of open question. Obviously the priority right now is saving lives, but there must be an inquiry and it has to happen soon.”

The pressure on Mr Johnson comes as polling showed the public’s approval of his government’s handling of the coronavirus crisis had dropped to its second lowest rating since the pandemic began.

A survey published by Opinium Research on Saturday night found only 30 per cent approve of the government’s handling of Covid, compared to 50 per cent who disapprove.

The survey, which also gave Labour a four-point lead over the Tories in voting intention, was conducted on Thursday.

0 0 0 0
Previous : Government criticised over ‘incomplete’ attempt to get laptops to students, amid frustrations over device quality and delays
Next : Greene King to rename pubs over ‘links to racism’