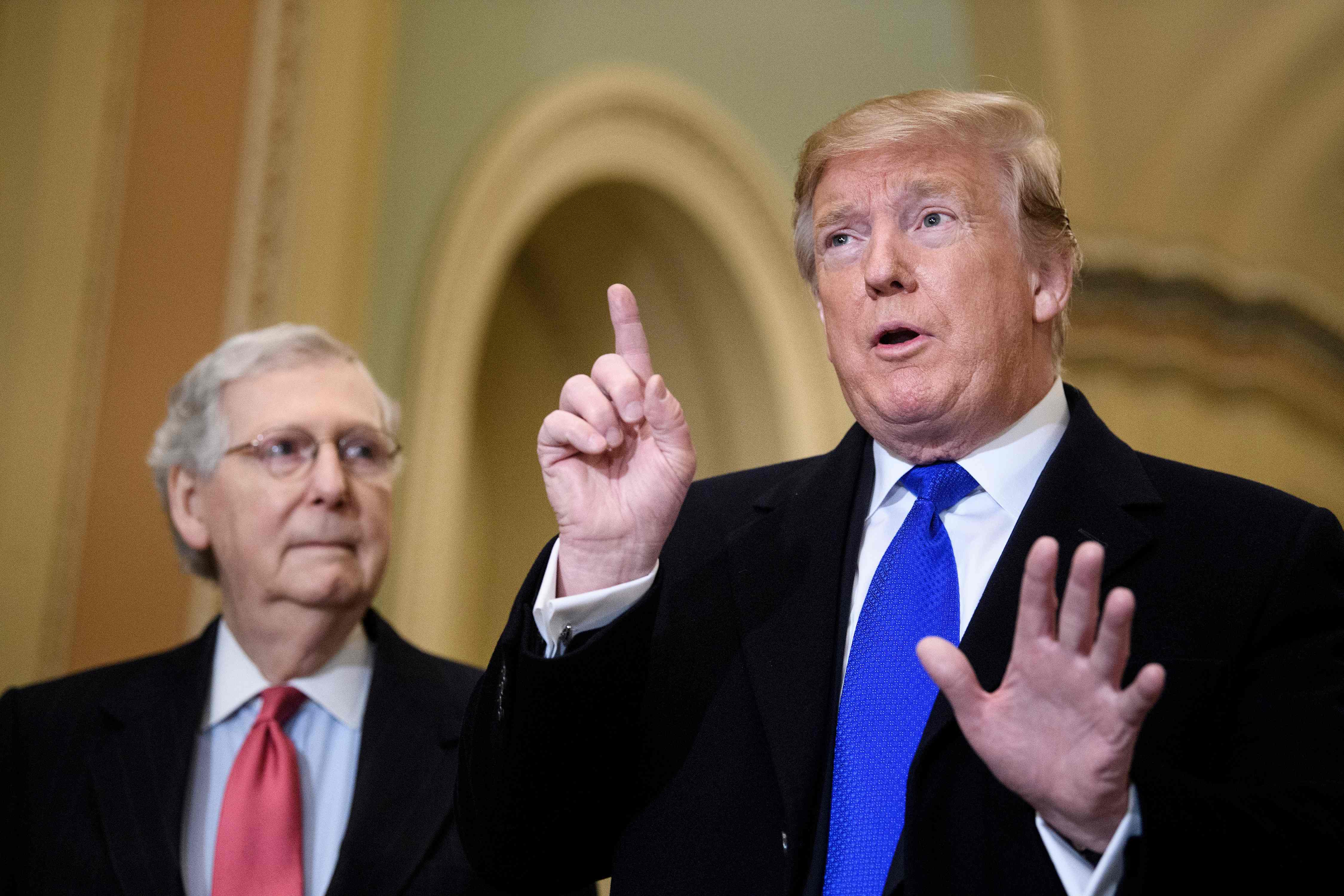 Following Donald Trump’s second impeachment in the House of Representatives, Mitch McConnell has told his senate colleagues to “vote their conscience” as the Senate determines whether to convict the president for his role inciting a deadly insurrection at the Capitol, fulled by false claims of voter fraud and a pervasive lie that the 2020 election was “stolen” from his supporters.

The Senate Majority Leader, overseeing the remaining days of the GOP-controlled Senate as the balance of power shifts in a newly elected Congress, has not indicated how he expects his colleagues to vote, and an impeachment trial won’t reach the Senate floor until Joe Biden is president. But he has told senators that their vote in a trial is theirs alone, according to the Associated Press.

In a statement on 13 January, Senator McConnell said he believes it will “best serve our nation” to withhold an impeachment trial until after Biden’s inauguration. He said Congress should focus on “facilitating a safe inauguration and an orderly transfer of power” until then.

House Speaker Nancy Pelosi and Senate Democrats have urged the majority leader to move swiftly and schedule a trial, hoping to immediately pass through Congress the president-elect’s recently announced $1.9trn Covid-19 relief package on the president-elect is in office.

On 12 January, the House voted 232-197 to impeach the president on a charge of incitement to insurrection” less than a week after a violent mob of the president’s supporters breached the Capitol, threatening lawmakers as a joint session of Congress convened to certify election results. At least five people died, including a woman shot by Capitol police, three rioters who died from medical emergencies, and a Capitol Police officer who died from injuries after he was beaten.

As the impeachment moves towards the upper chamber, at least four Republican senators have indicated they were either undecided or considering a vote to convict, including Senator McConnell as well as Lisa Murkowski, Ben Sasse and Pat Toomey.

In a damning statement on Friday, Senator Sasse said that “rage-peddlers are going to try to whitewash the attack on the Capitol, saying that a few bad apples got out of control. That’s wrong.”

“Every American needs to understand what the Department of Justice has just made public: Investigators have strong evidence to suggest that some of the rioters who stormed the United States Capitol planned to kidnap and possibly assassinate the vice president,” he said. “These men weren’t drunks who got rowdy – they were terrorists attacking this country’s constitutionally mandated transfer of power.”

During the president’s first impeachment trial last year after the House impeached him for abuse of power and obstruction of Congress, Mitt Romney was the only Senate Republican who broke from the GOP to vote guilty for one article of impeachment.

In the president’s second impeachment in the House, 10 GOP congressmembers broke from the party to vote to impeach.

The impeachment trial will be the first for a president who is no longer in office.