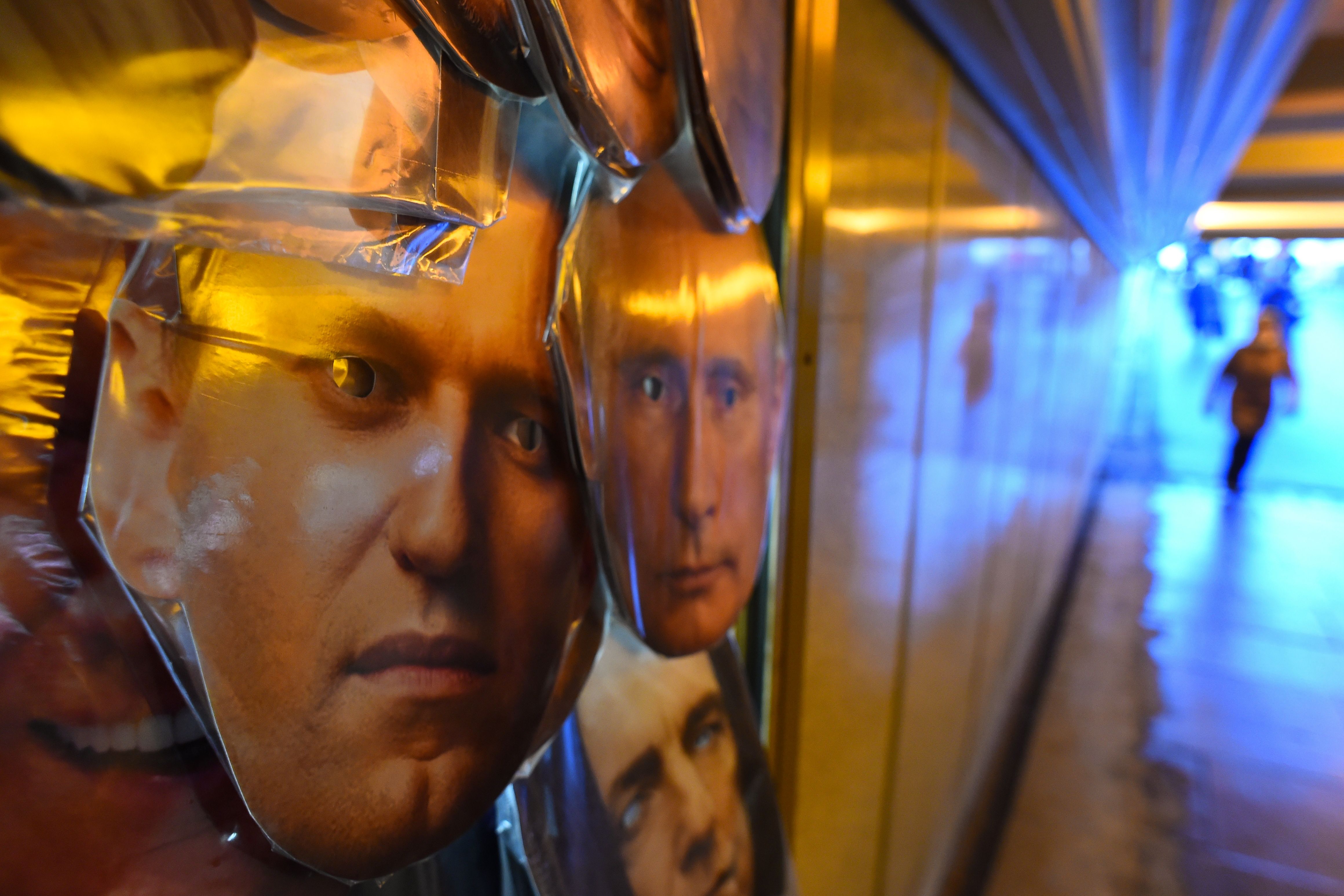 f all the people who could have advised Alexei Navalny on his future in or out of Russia, his longtime adviser Vladimir Ashurkov was better placed than most.

The financier himself fled to London in 2014 after the Kremlin dropped heavy hints of a likely arrest — a direct consequence of him coordinating fundraising for Mr Navalny’s Moscow mayoral campaign the year before.

After four months of involuntary exile in Germany, Mr Navalny faced a similar question: risk almost certain arrest or worse in Russia; or enjoy the quiet life in Europe. Remarkably, the outspoken Putin critic opted for the former.

Mr Ashurkov said he initially thought about advising his ally that “he had choices” that didn’t involve the danger of returning to Russia. But early enough he realised there was no point of even having the conversation.

“It was an irrelevant point,” he tells The Independent, “Everything about Alexei’s character, his political strategy, everything said he was destined to go back. And he’s going back.”

On Sunday evening, barring interventions otherwise, Mr Navalny will touch down on home soil for the first time since being poisoned by the nerve agent Novichok in August.

For nearly a week, Russia has been restless in anticipation. Supporters await the homecoming of a leader. Journalists — the arrival of a livewire who will shake Russian political life at its foundation. And law enforcement — the appearance of a man they are already labelling a criminal.

The state machine is already fighting back. Two government agencies have signalled they intend to secure his arrest straight off the plane. Legal experts suggest that at least one of the attempts could stand up in Russia’s infamous courts – opening the way, in the estimation of one, to a 3.5 year prison sentence.

But opposition politician and commentator Leonid Gozman says it is impossible to predict how the Kremlin will handle Sunday.

“We live in an autocracy where there is no such thing as law or common sense,” he says. “All we have are just the emotions of one person, Vladimir Putin, and you can’t rule anything out. OK, I hope they’ve ruled out bringing the plane down, but everything else is on the table.”

Authorities have difficult calls to make. Do they allow the plane to land in Moscow? Do they, as one commentator only half-joked, reroute it to Gulag territory “to avoid a second landing”? If the plane is allowed to land at Moscow’s Vnukovo airport, will it be directed to a little used terminal, away from the crowds? Will Mr Navalny be arrested discreetly on his approach to passport control, and asked to accompany officers for an “interview”?

It certainly seems unlikely that the Novichok survivor will be allowed to walk into the arms of a waiting press gaggle. Tatyana Stanovaya, director of the political consulting agency R:Politik, tells The Independent the country’s security agency, the FSB, has too much skin in the game for that to happen.

“Navalny is no longer seen as just an opponent, but an enemy that has to be destroyed,” she says. Describing the situation as “two trains heading for a head-on collision with many likely victims,” Ms Stanovaya said not arresting the opposition leader would be interpreted as unacceptable weakness. “The main headache now is how to avoid a political show at the airport.”

On one level, Mr Navalny stands to gain little from Sunday’s adventure. He will likely end up in prison eventually in connection with any one of the four questionable criminal cases being brought against him. Just as probably, independent journalists will be denied seeing the moment of his arrest — airport authorities have already banned them from working inside the terminal, citing a flimsy pandemic pretext. Many of his supporters also likely will be arrested after state prosecutors indicated protests would not be tolerated.

It is even unclear whether Mr Navalny’s likely imprisonment will provoke another major protest moment. News of his nerve agent poisoning did not provoke obvious public anger. The self-absorbed politician continues to split opinion even in the opposition camp.

But Mr Navalny’s decision to return undoubtedly creates risks for the Kremlin. The last attempt to jail him in 2013 did result in serious street protests — and a hasty, embarrassing reversal of the decision. Then, Mr Navalny returned from the regional court to Moscow by train to a fanfare welcome of hundreds of his supporters. His reappearance this time asks a different set of questions, but no less taxing.

Vladimir Ashurkov suggested Mr Navalny’s “unfazed” reaction to his near-death experience had created an inspiring example for all those around him.

“We can only look up and strive to be like him because we know that this eventually is a battle that will be won by the strength of people’s minds,” Mr Ashurkov said.

“But that’s not to say we aren’t worried.”

0 0 0 0
Previous : Salisbury Cathedral turns into vaccine hub, complete with symphony of live music
Next : Proposal to replace £20 weekly benefit with £500 one-off payment denounced as ‘madness’ ahead of crunch vote