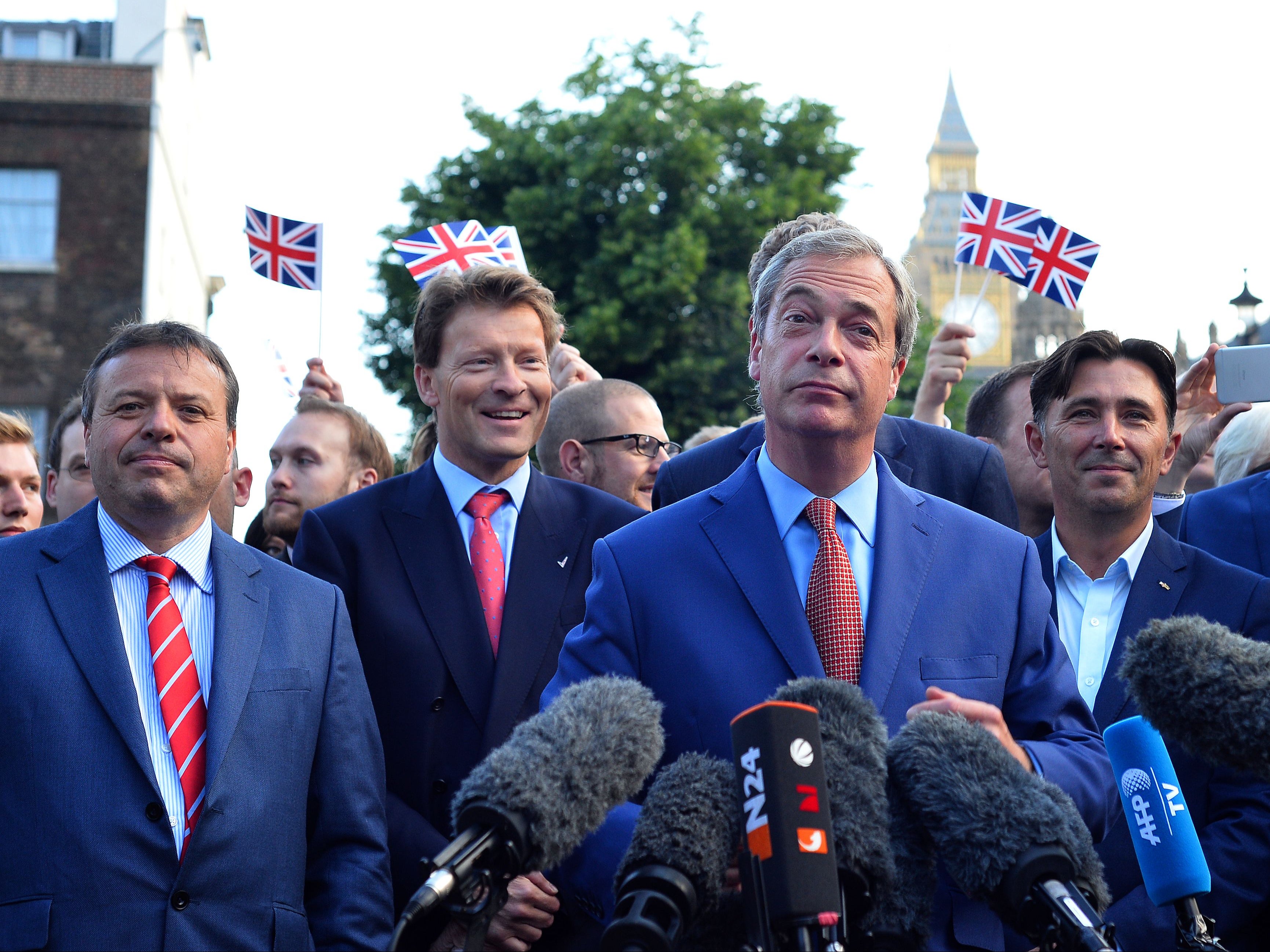 The website of pro-Brexit pressure group Leave.eu has been suspended amid a row over its attempt to switch its registration to Ireland to avoid losing its .eu domain name.

The group, founded by businessman Arron Banks and supported by Nigel Farage, moved its registration from the UK to Waterford in the Republic of Ireland shortly before the end of the transition to Brexit on New Year’s Eve, to get round a rule stating that .eu addresses can only be used by individuals and organisations based in the EU.

But now the EURid agency which oversees the .eu suffix has said the site is under investigation following a dispute over the move.

Visitors to the web page were greeted with the error message “This site can’t be reached.”

And EURid’s website stated that the leave.eu domain was registered to the group’s Waterford address, but added that it was “temporarily inactive (i.e. website and email do not function) and under investigation”.

Irish businessman Sean Power, who is registered as the legal owner of the domain, has said he has no links with Leave.eu.

“It is utterly ridiculous to think that Leave.EU could brass-plate an address in Waterford to maintain their domain name,” said Mr Richmond. “They wanted to leave the EU, they have, that means they leave their domain too.

“Leave.EU are quite simply not welcome in Ireland, their questionable activities over the past number of years have brought a new level of toxic politics in the UK and beyond.

“I welcome the suspension of this domain; I sincerely hope this is the end of this odious website and the related traffic driven to this odious brand. Good riddance.”

Leave.eu communications director Andy Wigmore said the site would be back up soon.

“Our lawyers will be taking action against those – and they know who they are – who have broken those delicious EU laws they love so much,” he said.

Mr Wigmore dismissed Mr Richmond as a “third-rate EU fanatic”, adding: “Any more nonsense from Brussels-lovers like him and we may decide to put the full weight of Leave.eu behind the Irexit campaign.”