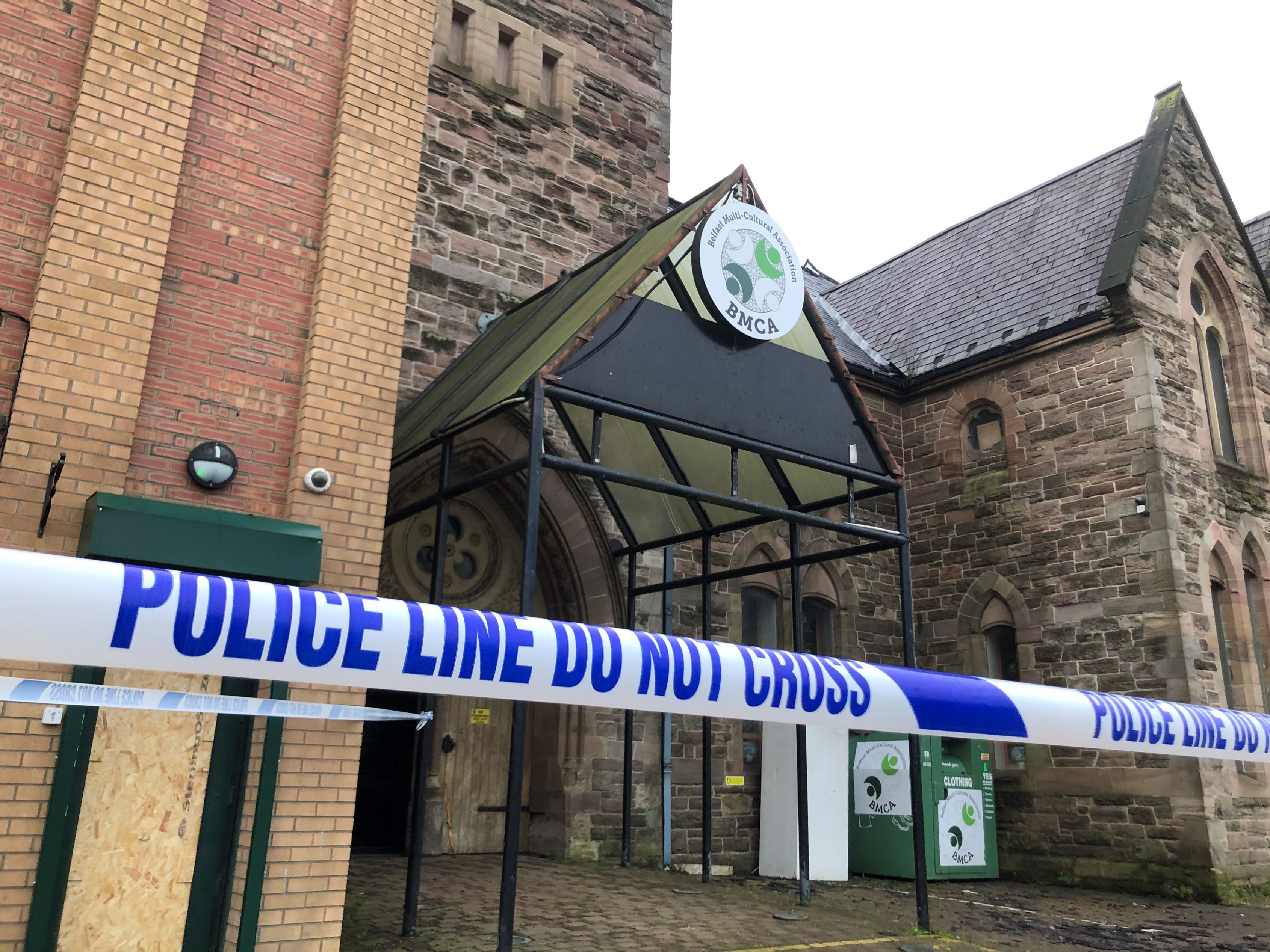 A crowdfunding drive to support a multicultural community group in Belfast whose food bank was torched in a “racist attack” has raised tens of thousands of pounds in less than 24 hours.

The Belfast Multi-Cultural Association (BMCA) on Donegall Pass was seriously damaged in a fire on Thursday night which police believe was started deliberately.

In response, Amnesty International’s Northern Ireland director Patrick Corrigan set up a JustGiving page to help the group find a temporary new home, with a target of raising £10,000.

That initial target was passed within two hours of the page going live on Friday evening and by Saturday morning more than £30,000 had been raised for the group.

Mr Corrigan said the response had been “overwhelming” and added that the association and its volunteers represented “the true spirit of Belfast”.

On Friday night, officers said they were treating the arson attack as a hate crime due to vehicles belonging to people working at the centre previously being vandalised in hate crime incidents.

The building was being used as a food bank, with volunteers distributing packages to vulnerable people during the coronavirus pandemic.

“We are immensely grateful to each and everyone of you who have reached out to us in solidarity and support,” BMCA said in a statement.

“We are greatly touched by everyone’s support. We will come back stronger than ever and we will not let down the communities we support.”

Reacting to the money raised, Mr Corrigan said: “The antidote to hate is love.

“That is what the response to this appeal represents. It is a bouquet of love to the volunteers at Belfast Multi-Cultural Association who have been feeding the homeless and the vulnerable during the pandemic.”

“The Belfast Multi-Cultural Association is a vital hub for minority communities in the city, and this mindless destruction will have a huge impact on many people’s lives,” they said.

“We and our Executive colleagues are committed to doing everything we can to eradicate racism and hate crime.”

0 0 0 0
Previous : Proposal to replace £20 weekly benefit with £500 one-off payment denounced as ‘madness’ ahead of crunch vote
Next : The 4th Annual Fake News Awards!