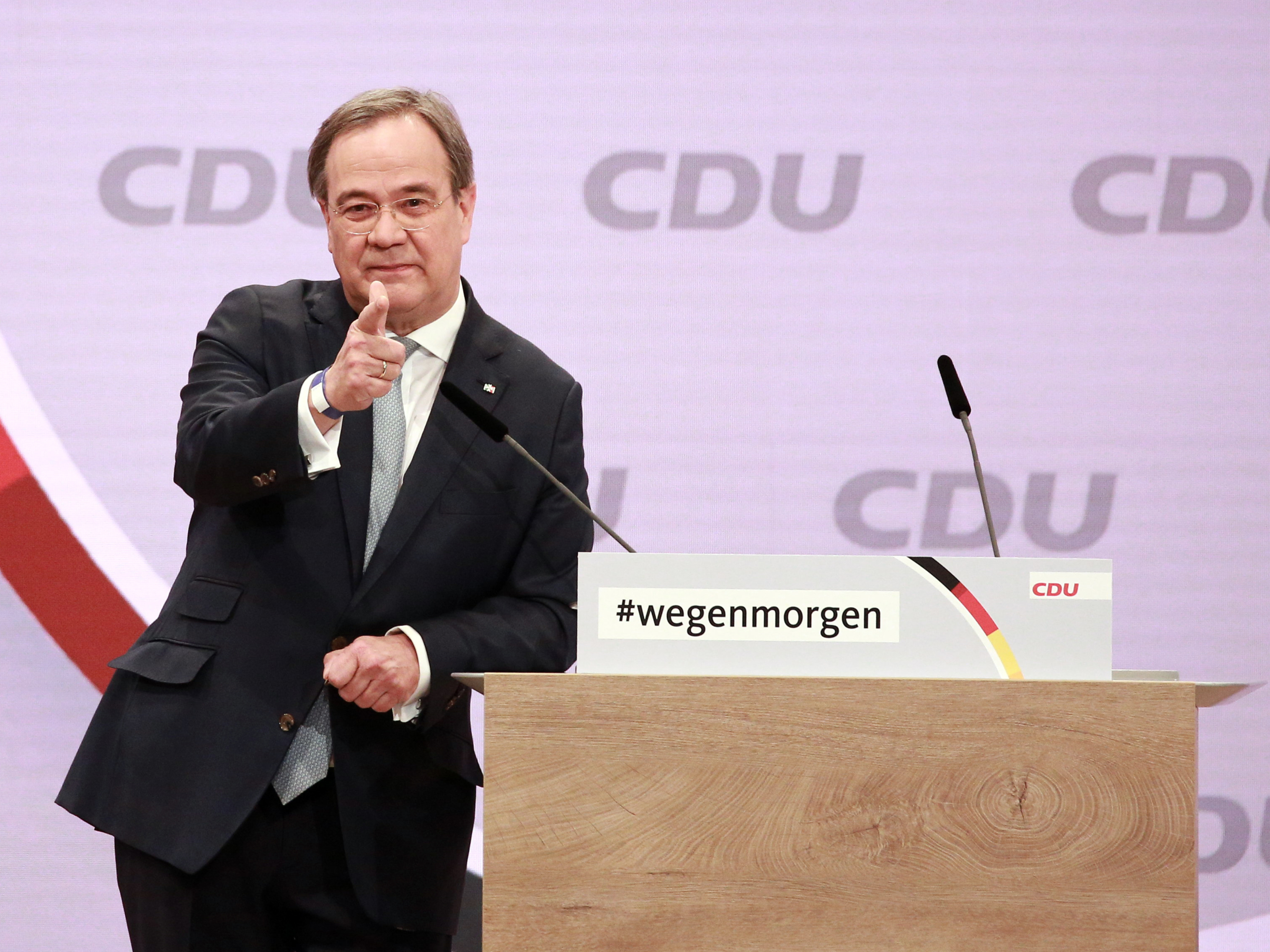 He takes the helm months before an election to decide who will replace Ms Merkel as chancellor, when she steps down later this year.

While the vote confrming the new CDU leader is not the final word on who will run as the centre-right candidate, he will either run for chancellor or will have a big say in who does in the September election.

Mr Laschet, the premier of North Rhine-Westphalia – Germany’s most populous state – won a runoff vote against Friedrich Merz on Saturday, securing 521 votes against 466 for his arch-conservative rival in a ballot of party members.

The decision ends an 11-month leadership limbo in Germany’s strongest party after outgoing leader Annegret Kramp-Karrenbauer, who had failed to impose her authority on the party, announced her resignation.

A vote on her successor was delayed twice because of the coronavirus pandemic.

She said she took responsibility for the party’s recent losses in local elections, as she made the suprise announcement in 2018.

While the election of Mr Merz would have marked at least a symbolic break with the Merkel era, Mr Laschet has presented himself as a continuity candidate.

The 59-year-old, who has been North Rhine-Westphalia state governor since 2017, pointed to the value of continuity and moderation on Saturday.

“We will only win if we remain strong in the middle of society,” he said.

“Trust is what keeps us going and what has been broken in America,” he said before the leadership vote. “By polarising, sowing discord and distrust, and systematically lying, a president has destroyed stability and trust.”