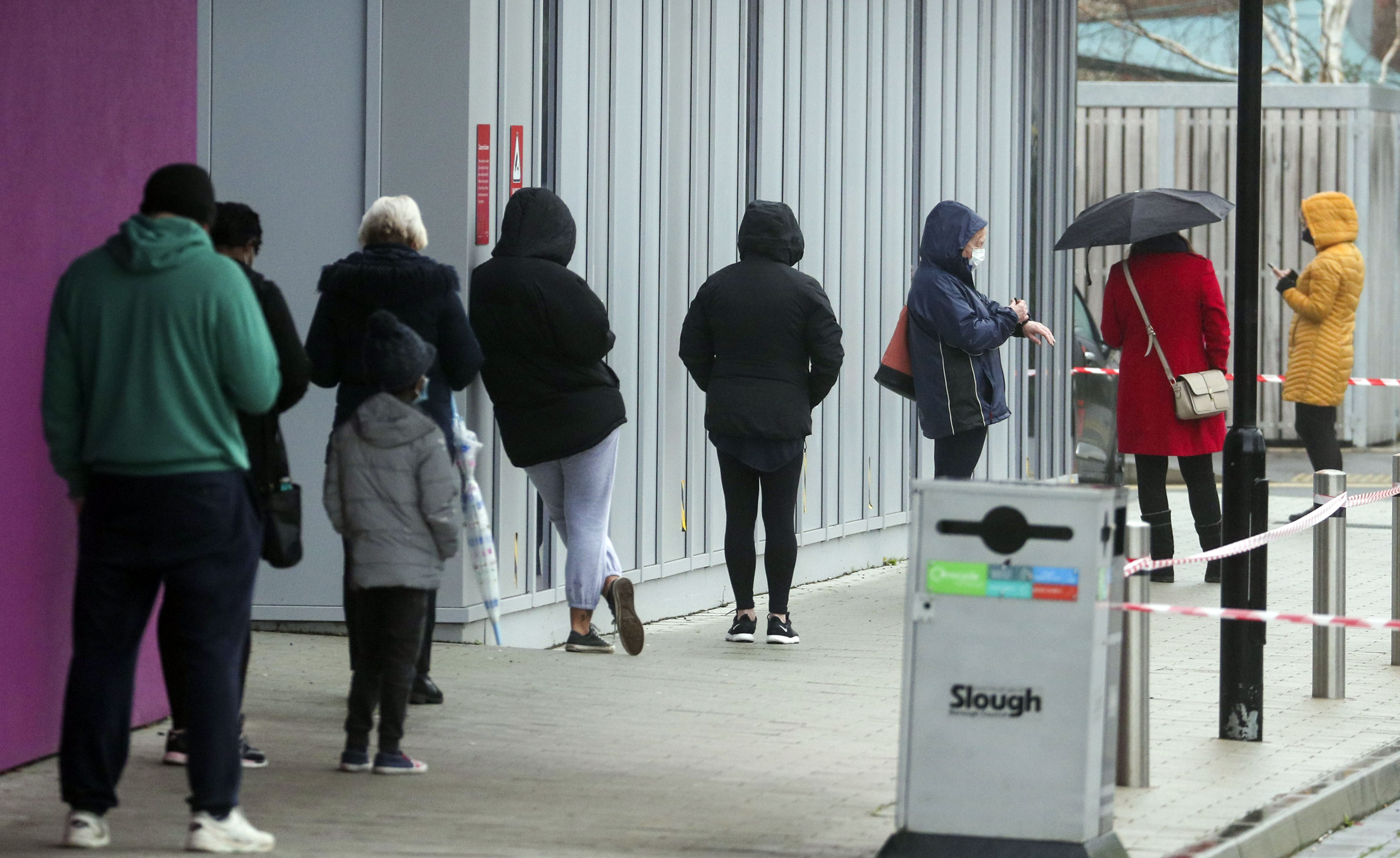 The rate of coronavirus transmission remains steady throughout the UK, the latest figures show – though there is early evidence to suggest that some of the hardest-hit regions, including London and southeast England, have begun to turn a corner in suppressing the virus.

The number of daily infections, hospitalisations and deaths across Britain remain at record high levels, with cases breaching the 50,000 mark for the first time this week.

A further 1,280 people have also died after testing positive for Covid-19, the government said on Friday, bringing the national total to 87,295.

The global death toll passed 2 million since the start of the pandemic, according to figures from John Hopkins University in the USA. The highest national fatality level was in the US, with almost 390,000 deaths, followed by Brazil and India with around 200,000 and 150,000 respectively.

As the NHS continues to strain under the growing weight of the current wave, scientists have predicted that its peak is unlikely to be reached until the end of January – at which point many hospitals in England may have been overwhelmed by Covid-19.

With the infection widely seeded across the UK population, the R rate for transmission has been narrowed to between 1.2 and 1.3, the government’s Scientific Advisory Group for Emergencies (Sage) said.

This means that for every 10 people infected with the virus it will be passed to another 12 or 13 people.

The figure, which is based on data up to 11 January, is in line with last week’s estimated R rate of between 1 and 1.4.

The pathogen’s daily growth rate, provided by the Scientific Pandemic Influenza Group on Modelling (SPI-M), a sub-group of Sage, stands at between 2 and 5 per cent for UK.

However, separate modelling by researchers at the University of Cambridge has suggested that the rate of transmission has fallen to as low as 0.6 in London and the southeast.

“The growth rate for England is now estimated to be -0.02 per day,” the Cambridge researchers. “This means that, nationally, the number of infections is declining but with a high degree of regional variation.

“Infections are still increasing in the southwest and northeast, whilst plateauing in the West Midlands and East Midlands.”

Explaining the variation in the estimates, Graham Medley, a professor of infectious disease modelling at the London School of Hygiene and Tropical Medicine, said that “different models have different data streams and combine them in different ways.

“None of them are ‘wrong’ – they are just different views of the same process.”

Despite these hopeful estimates, there has been no easing of pressure on the NHS, with Professor Chief Whitty, England’s chief medical officer, predicting that hospitalisations will continue to rise into next week.

According to the latest Public Health England surveillance report, thousands of people are being admitted to hospitals and intensive care units on a daily basis.

And around one in five major hospital trusts in England had no spare adult critical care beds on 10 January, NHS England data show.

“The spread of the virus in London has slowed, the number of new cases each day has reduced. This will reduce the pressure on the hospitals in time. Even if we have passed the peak number of new admissions, stability only comes when more people who have recovered from Covid-19 leave hospital than newly infected people enter hospital. We are not there yet.

“The national lockdown is working in that rate of increase in the virus is slowing across the UK but we have to redouble our efforts on social distancing and hygiene. The virus is far from beaten.”

The latest estimates come as the government said scientists at the Porton Down research facility were investigating the new Brazilian variant of the virus, called P1.

Professor Wendy Barclay, head of G2P-UK National Virology Consortium, a new project set up to study the effects of emerging coronavirus mutations, said the variant has not yet been detected in the UK – though an older form of the virus, which is believed to have also emerged in Brazil, has been identified by British scientists.

Amid rising concern over these two variants – along with the South African form – the government has said it will close all travel corridors from Monday morning, and that anyone who wishes to travel to the UK must have proof of a negative Covid-19 test in the previous 72 hours.

It also announced 3.3 million people in the UK have now received a first Covid-19 vaccine dose – equating to almost one in 20.

Boris Johnson said nearly 45 per cent of over-80s had been vaccinated, and almost 40 per cent of care home residents. “We are steadily protecting those most at risk,” the prime minister said on Friday evening.

Chief scientific adviser Sir Patrick Vallance said he thinks “it’s likely the vaccine we have now is going to protect against the UK variant and is going to provide protection against the other variants as well” but efficacy may change.