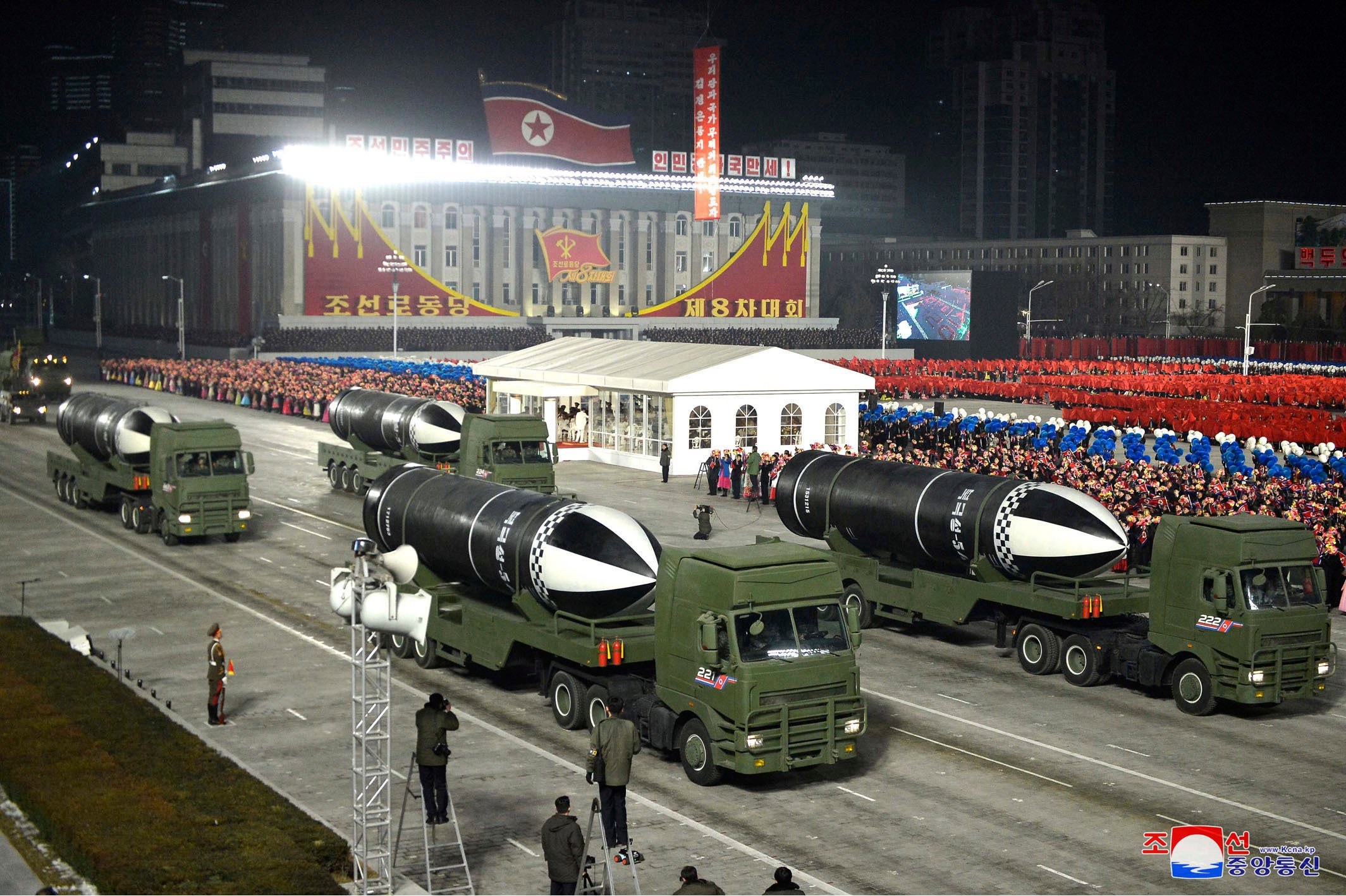 North Korea unveiled a new submarine-launched ballistic missile (SLBM) in a military parade in Pyongyang that marked the end of a rare party congress.

The parade showcased military hardware including tanks and rocket launchers, marching soldiers and, according to analysts, new variants of short-range ballistic missiles and SLBMs on trucks, while Kim Jong-un, who oversaw the parade, smiled and waved at it, according to photos published by state media.

The photos show that the SLBM is labelled Pukguksong-5, which means it’s an upgrade to the Pukguksong-4 unveiled in the military parade in October, 2020.

“The world’s most powerful weapon, submarine-launch ballistic missiles, entered the square one after another, powerfully demonstrating the might of the revolutionary armed forces,” reported news agency KCNA.

“For comparison, this is the Pukguksong-4, revealed last October. The new missile definitely looks longer; the troop bench was removed from the trailer in order to fit the new missile. The front set of missile supports might have been moved as well,” tweeted Michael Duitsman, a research associate with the James Martin Center for Nonproliferation Studies (CNS), along with the pictures of the missiles.

However, unlike the parade in October, this one did not feature North Korea’s largest intercontinental ballistic missiles (ICBMs) that are believed to be capable of a nuclear strike anywhere in the US.

North Korea has reportedly already test-fired several SLBMs from underwater and, according to analysts, is now seeking to develop an operational submarine to carry the missiles.

The parade came after the party Congress – the first since 2016 and second since 1980. The party witnessed over a week of political discussions and at the end of it, Kim Jong-un emphasised on strengthening the “nuclear war deterrent.”

0 0 0 0
Previous : The World Is Now Fascist By Mussolini’s Definition – David Icke Dot Connector Videocast – Please Share
Next : Fitbit and Google merger: What happens to your health data now search giant owns it – and how Brexit makes it more confusing