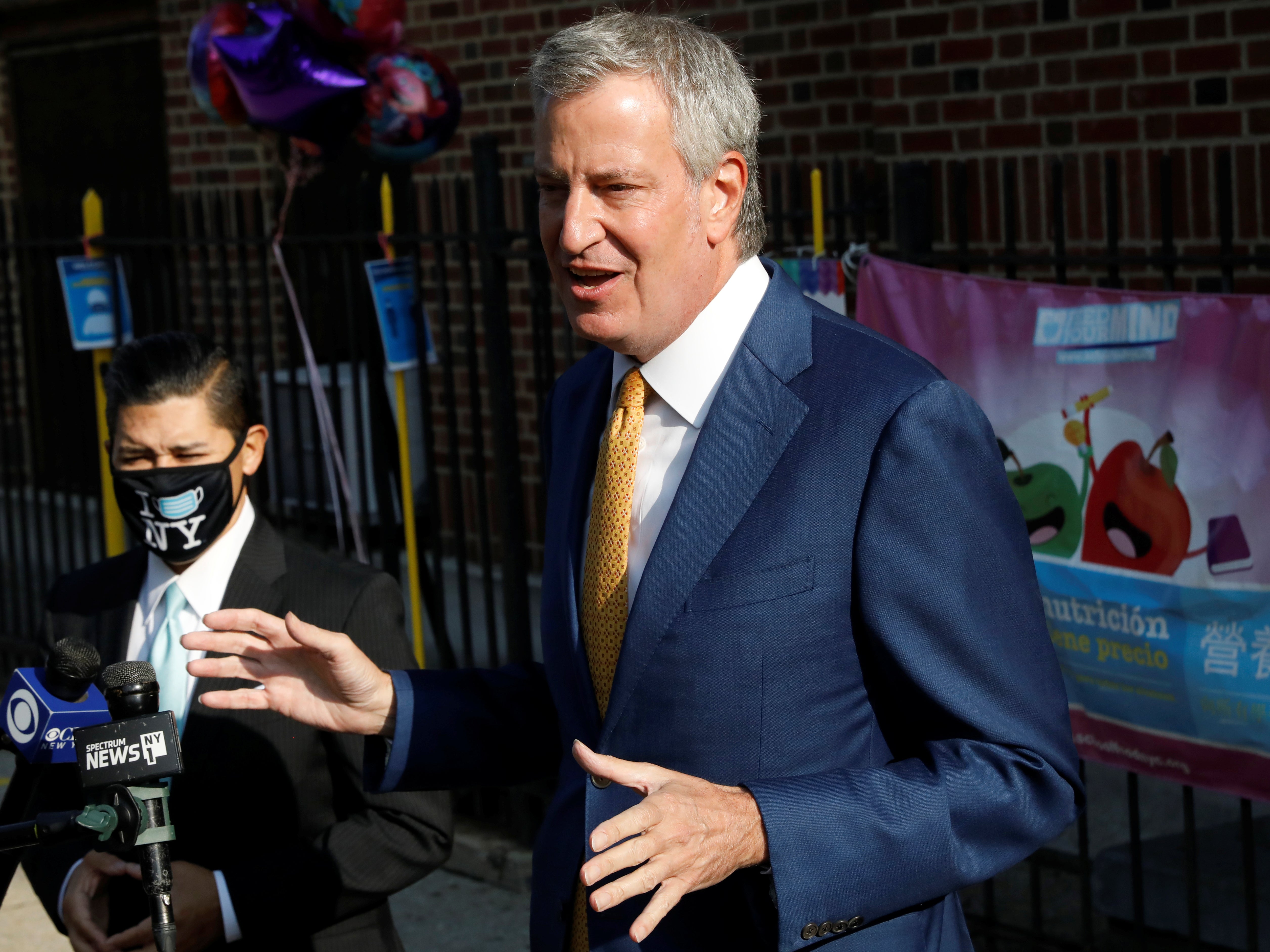 Mr de Blasio said the city would run out of the vaccine by next week.

“We will run out next week. I’m telling you, at this rate, there will not be any doses in the city of New York by the end of next week if we don’t get a major resupply,” Mr de Blasio said on WNYC’s “The Brian Lehrer Show.”

The mayor said the city had been getting meagre resupplies of the vaccine, and that a more substantial supply would be needed to keep up with the city’s demand.

“Our numbers are increasing every day of how many people we can vaccinate,” he said.

Mr de Blasio argued that the city should receive a more substantial supply because it has the capacity to actually perform the vaccinations.

In other area of the country, health officials have complained that vaccines have gone to waste because they did not have the logistical support needed to actually perform the vaccinations.

“I know there’s all parts of the country that are suffering right now, but there’s few places that can move the vaccine as quickly as we can,” Mr de Blasio said. “So, the notion that the vaccine is, in some parts of the country, going to wait long periods of time before they have the ability to get it to people, whereas, we’re speeding up every day.”

On Friday, Governor Andrew Cuomo announced that 7 million New Yorkers were now eligible to take the vaccine, but noted that at the rate current vaccinations are going, it would take close to six months to vaccinate all of the eligible individuals.

“It’s like opening a floodgate and putting it through a syringe,” Mr Cuomo said during a press briefing.

The US coronavirus vaccine rollout has been slower than Trump administration officials initially projected.

Health officials across the country have cited lack of federal leadership and a shortage of supplies and support as major obstacles to providing the vaccine.

President-elect Joe Biden said he will propose a plan that would allocate hundreds of billions of dollars toward nationwide vaccination programs to help speed up the process.

The vaccination programme has slowed at the same time that a new, more contagious strain of the coronavirus that originated in the UK has spread through the US.

Health officials believe that by March, the new strain will be widespread throughout the US.