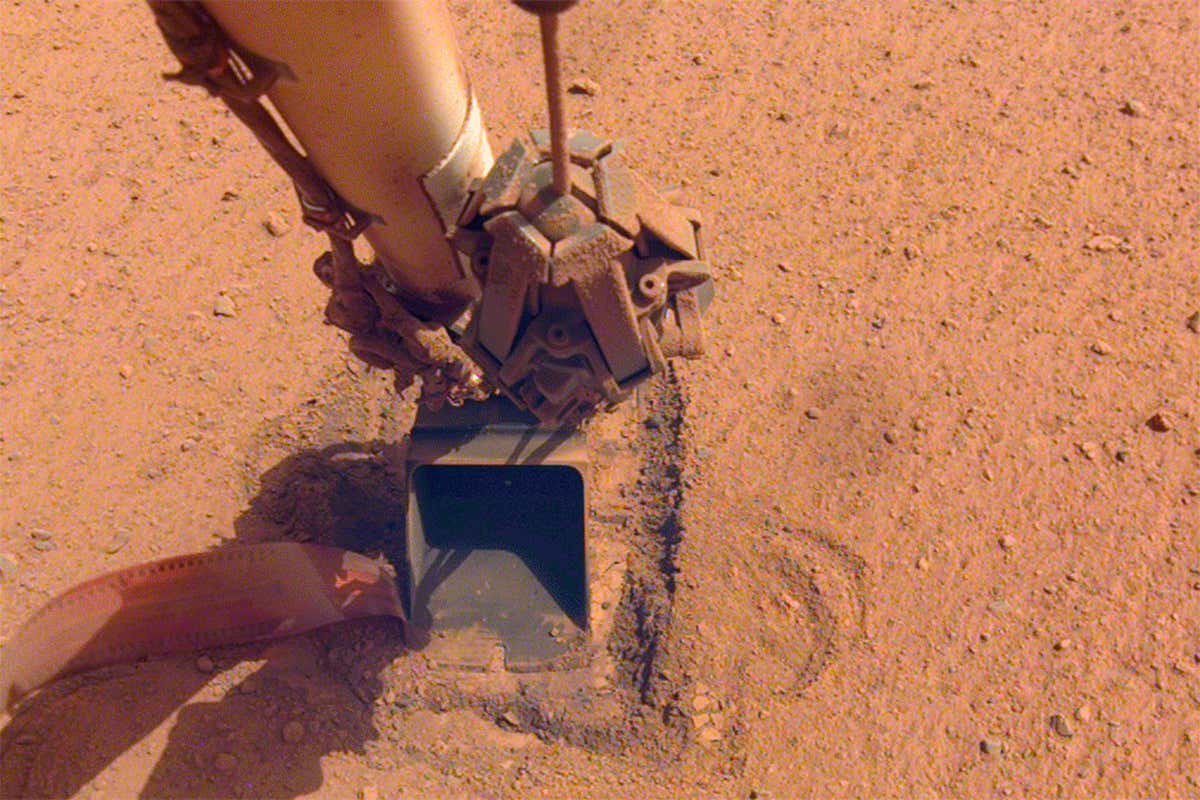 NASA’s “mole” on Mars has failed. After nearly two years of attempting to dig the InSight lander’s heat probe – nicknamed the mole – into the Red Planet’s surface, engineers have finally given up.

The InSight lander arrived on Mars in November 2018. Its main purpose is to study the planet’s deep interior in order to help us understand the history of the solar system’s rocky worlds. The lander has three main instruments to help it do that: a seismometer to catch vibrations travelling through the ground, a radio to precisely measure Mars’s rotation and learn more about its metal core and a setup called the Heat Flow and Physical Properties Package (HP3) to measure the heat flowing out of the planet’s centre.

The mole is a key part of HP3 and is a sort of self-hammering nail designed to burrow about 5 metres under the ground, deeper than any human-made device has dug on any rocky planet, moon or asteroid before. However, once the mole started its ill-fated burrowing attempts, the soil proved to be unexpectedly clumpy, so it didn’t provide the instrument with the friction it needed in order to dig.


The scientists and engineers working on the mission tried everything they could think of to get the mole into the ground, even pressing down on it with the scoop on InSight’s robotic arm. Nothing worked, so after a final attempt on 9 January, the team has now ended its efforts.

“We’ve given it everything we’ve got, but Mars and our heroic mole remain incompatible,” said Tilman Spohn at the German Aerospace Center, the leader of the HP3 team, in a press release. “Fortunately, we’ve learned a lot that will benefit future missions that attempt to dig into the subsurface.” Researchers on future missions will understand the Martian soil better thanks to the many attempts to bury the mole.

While that particular instrument didn’t work, InSight’s other tools are performing well. The seismometer has already recorded nearly 500 marsquakes, and NASA has extended the mission until December 2022.

0 0 0 0
Previous : They have the fake vaccine and then die, but they’re not connected?? Death by coincidence – David Icke
Next : Coronavirus: Up to 1.3 million immigrants have left UK in ‘largest population fall since the Second World War’