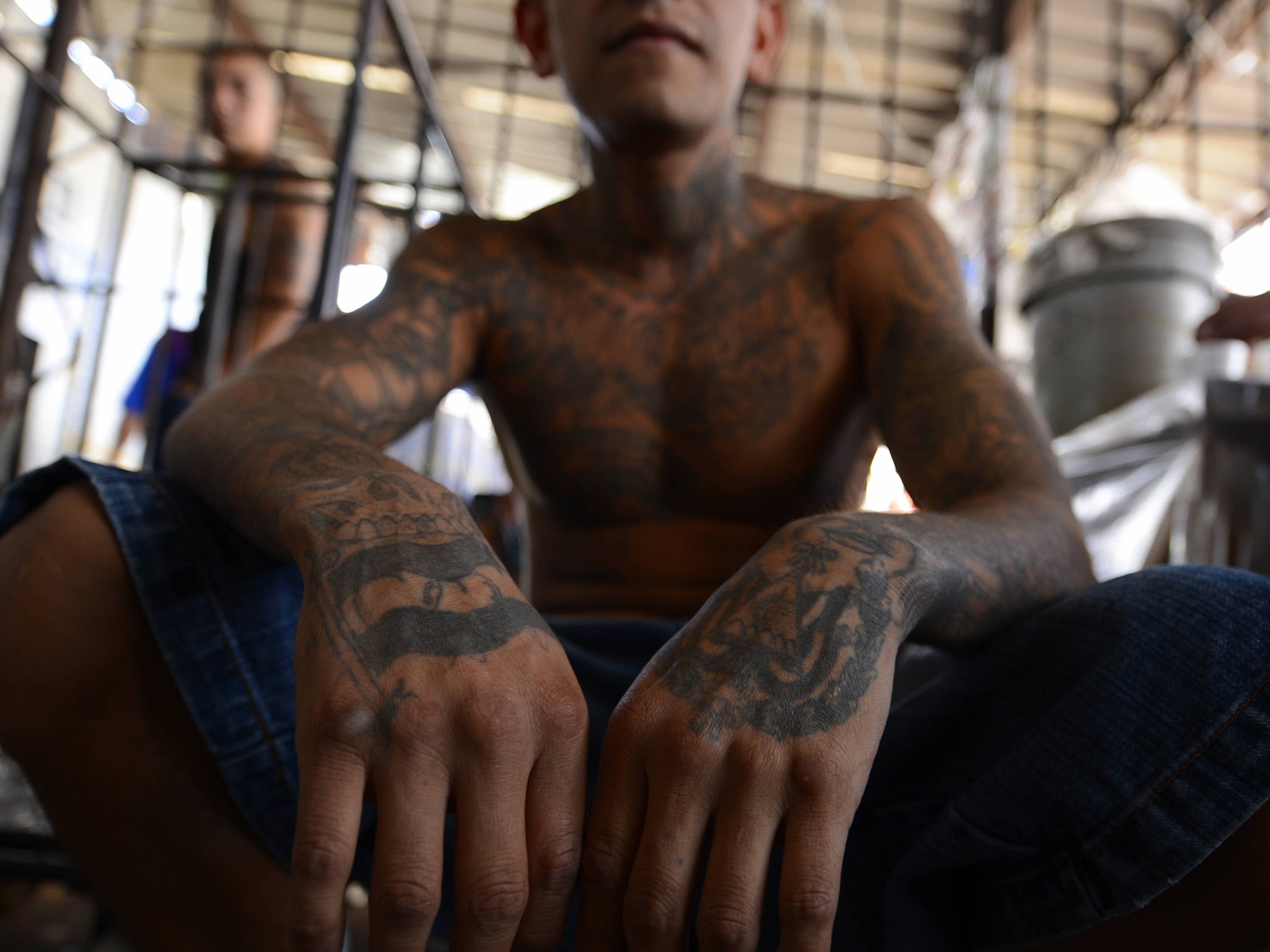 The so-called “board of directors” of the Mara Salvatrucha street gang, known as MS-13, have been charged with multiple counts of terrorism spanning 20 years of alleged violence and murder in the US, El Salvador and around the world.

The Department of Justice announced indictments for 14 members of the gang’s leadership council, known as Ranfla Nacional, on counts of conspiracy to provide material support to terrorists, conspiracy to commit acts of terrorism, conspiracy to finance terrorism and conspiracy narco-terrorism.

The Justice Department said that Borremeo Enrique Henriquez, also known as “Diablito de Hollywood”, was the most powerful member of Ranfla Nacional. While he and 10 other defendants are in custody in El Salvador, they continued to direct operations from prison, according to the indictment.

The US is exploring options for their extradition, while the FBI is offering $20,000 in rewards for three other members who remain at large.

“They directed acts of violence and murder in El Salvador, the United States, and elsewhere, established military-style training camps for its members and obtained military weapons such as rifles, handguns, grenades, improvised explosive devices and rocket launchers,” the Department of Justice said in a statement.

“As leaders of MS-13, the defendants controlled swaths of territory and engaged in public relations efforts on behalf of the transnational criminal organization.  Further, the defendants used MS-13’s large membership in the United States to engage in criminal activities, such as drug trafficking and extortion to raise money to support MS-13’s terrorist activities in El Salvador and elsewhere, and directed members in the United States to commit acts of violence, including murders, to further its goals.”

More than 700 MS-13 gang members have been prosecuted over the past four years, three quarters of which were in the US illegally, according to the Justice Department. More than 500 have been convicted, including 37 who received life sentences.

Acting attorney general Jeffrey A Rosen said the latest charges were the highest-reaching and most sweeping indictments of MS-13’s command and control structure in US history.

The indictment, unsealed on Thursday, was filed in Central Islip, New York, where US attorney Seth DuCharme said: “MS-13 is responsible for a wave of death and violence that has terrorized communities, leaving neighbourhoods on Long Island and throughout the Eastern District of New York awash in bloodshed.”

The gang has been accused of the 2016 killings of two teenage girls from Long Island’s Brentwood High school and four men in a Central Islip park in 2017.

The indictment alleged that the Ranfla Nacional leadership council used the large MS-13 membership in the United States to engage in drug offences and extortion, and support terrorist activities in El Salvador, Mexico and elsewhere.

“The rules put in place by the Ranfla Nacional allowed the gang to flourish in parts of the United States, including within the [Eastern District of New York],” the indictment said.

“Where, under the defendants’ command, MS-13 has committed numerous acts of violence—including murders, attempted murders, assaults, kidnappings, drug trafficking, extortion of individuals and businesses, obstructed justice and sent dues and the proceeds of criminal activity by wire transfer to MS-13 leaders in El Salvador.”

0 0 0 0
Previous : BREAKING NEWS … people in hospital tend to be sick … (So you can forget all that footage of empty hospitals and cancel the laxative order) – Alistair Williams reports …
Next : Trump impeachment news – live: Latest updates as Capitol rioters ‘sought to assassinate’ elected officials