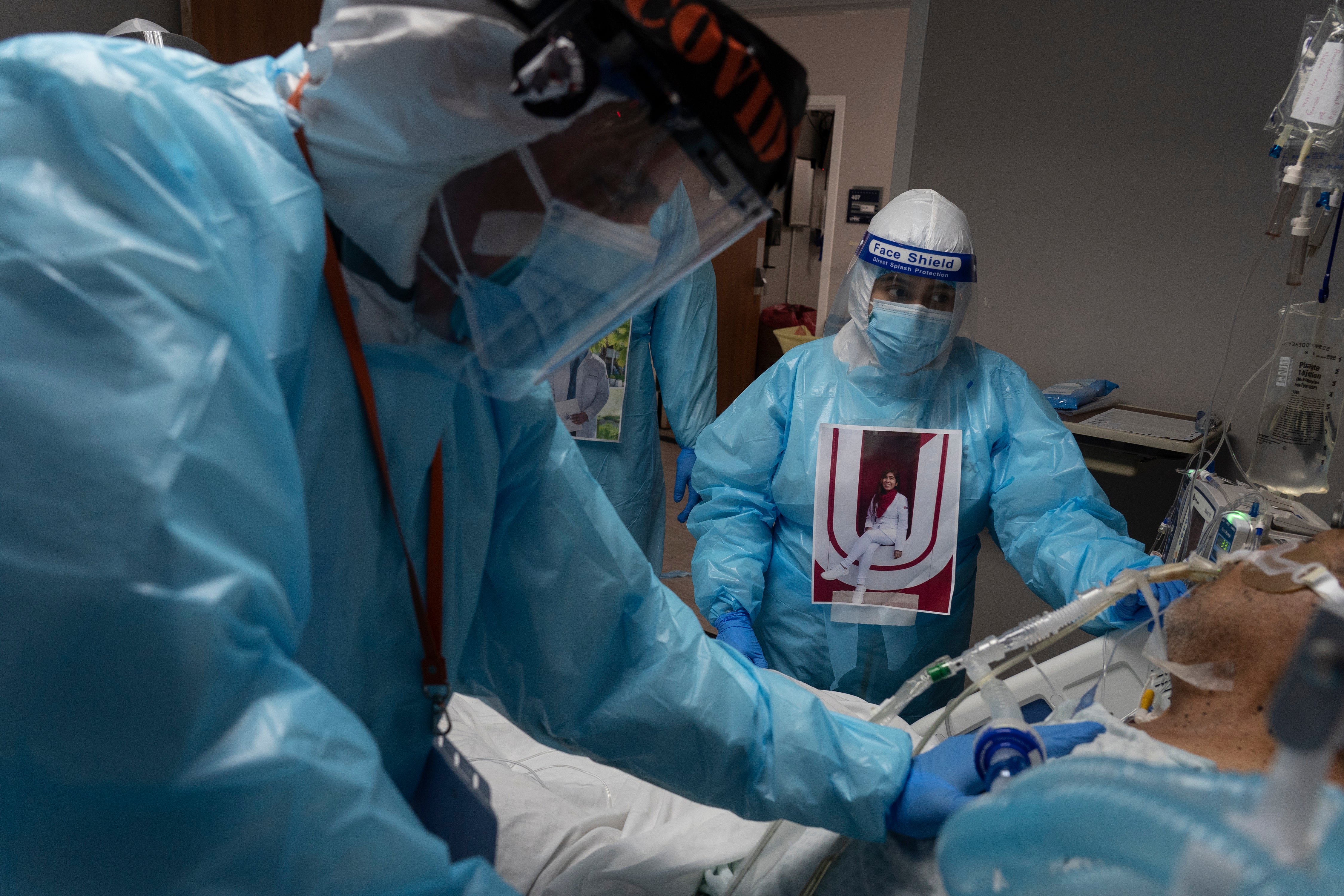 Hospitals have been told to find as many beds as possible in preparation for an influx of Covid patients in the north of England and midlands.

Across the country, hospitals have been told to prepare extra wards and critical care beds to cope with a flood of patients over at least the next week to two weeks as health chiefs warn the NHS is about to face the “toughest part” of the pandemic. Hospitals will also be expected to take transfers of patients between areas to even out pressure for those worst affected.

While infections across the UK have started to fall in recent days, hospitals could face another week of growth in Covid patients because of the time it takes people to become seriously unwell.

Any influx of patients, as seen in London and the southeast, will hit other parts of England hard where operations have already been cancelled and some areas are already reporting record numbers of Covid-19 patients on their wards.

NHS England has now told trusts to combine their wating lists for the most urgent patients and to make maximum use of private sector hospitals to try and keep some surgery going. It has asked local NHS areas to draw up new surge plans for the next six weeks.

Amanda Pritchard, NHS England’s chief operating officer, said the system was under “relentless pressure” and she warned bosses: “I know we are asking you and your teams to dig deep once more. This will be the toughest part of the pandemic response.”

She added: “Please do make use of the independent sector – they have agreed to provide a guaranteed level of activity, and within contract we can surge and use 100 per cent of their capacity.

“While things remain so challenging and difficult decisions need to be made, we must continue to communicate with every patient whose planned care has been disrupted about how they will be looked after, and who to contact in the event that their clinical circumstances change.”

Hospitals have also been told to focus on freeing up beds by discharging as many patients as possible in the coming days.

She said: “We are exploring the deployment of the healthcare at home independent sector capacity; use of hotels as short-term care options for systems that cannot rapidly access domiciliary care support and a personal health budget for the six-week period post discharge – all of which can be implemented in local systems.

She also urged hospitals to flag where care homes have refused to take recovered Covid patients who have since isolated in hospital.

In London, where hospitals are expecting hundreds of soldiers to join wards from next week, there is growing tension between hospitals and the newly opened Nightingale Hospital.

It opened on Monday with 64 beds and is available for Covid-negative patients who are nearly ready to go home.

On Friday the hospital, at the ExCel centre in east London, had just six patients.

The Independent has learnt hospitals believe the admissions criteria for the field hospital is too strict. One source said: “It is so restrictive we cannot identify a single patient to go there.

“It’s unusable. Anyone who could go there can be discharged into supported community care far more easily.”

The field hospital is being run by North East London NHS Foundation Trust, with agency staff therapists, nurses and GPs. The trust is now reviewing the admissions criteria to try and encourage more hospitals to discharge patients there.

The trust and NHS England were approached for comment but they did not respond before publication.