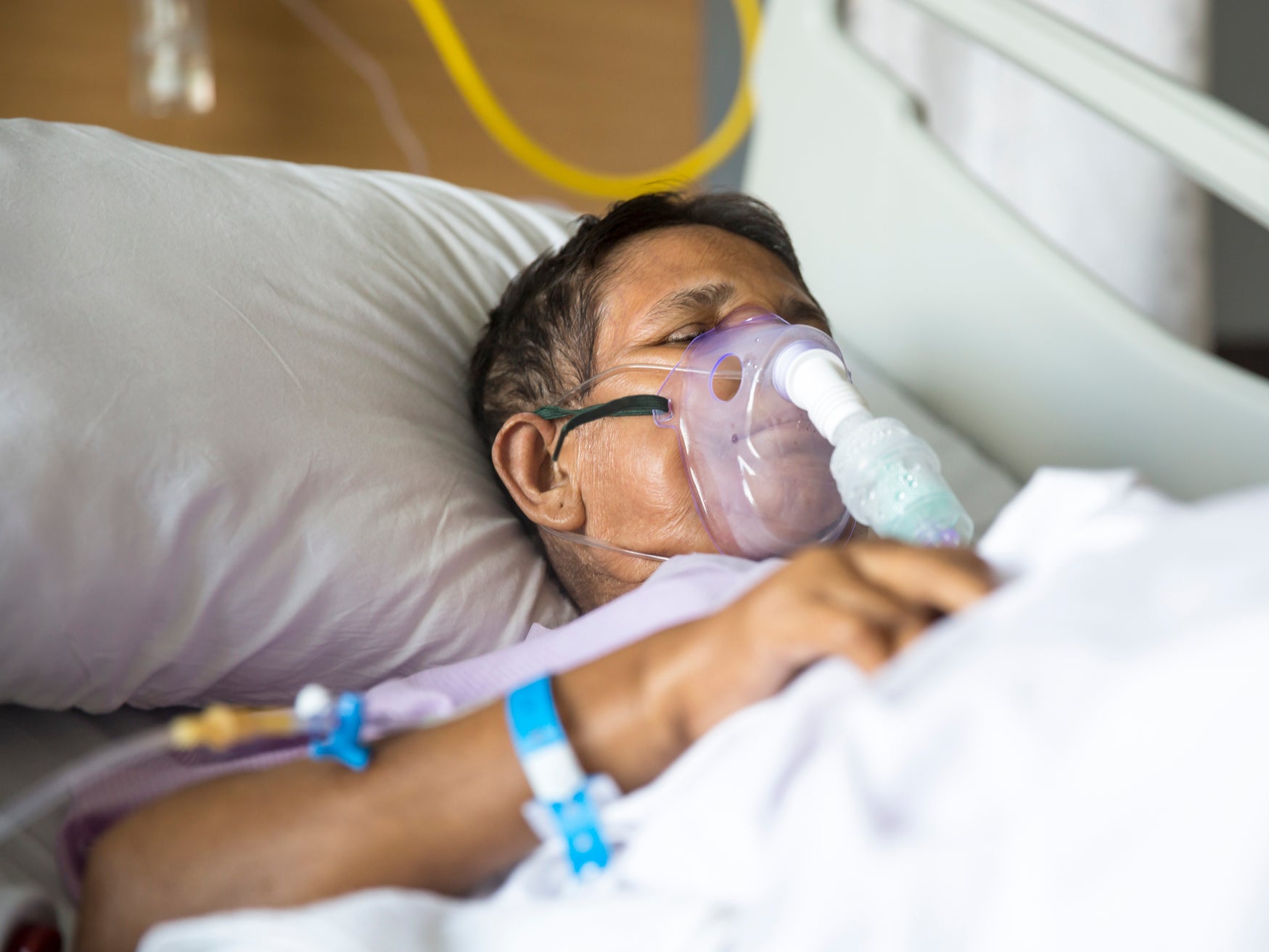 Hospital oxygen supply problems to be investigated by safety watchdog

Failures in piped oxygen supplies to NHS hospital wards during the coronavirus surge are to be investigated by a national safety watchdog.

The Healthcare Safety Investigation Branch (HSIB) told The Independent it had decided to launch a probe into the provision of oxygen gas to wards after one NHS trust was forced to declare a major incident.

The hospital was forced to divert emergency patients to other trusts with some patients already in the hospital having to be transferred because of concerns the oxygen supply could fail.

HSIB did not name the trust but in recent weeks several hospitals in London have been hit by concerns over their oxygen supplies to wards. The problem is due to the hospital pipes being unable to deliver the volume of gas needed by Covid-19 patients.

Before Christmas the Queen Elizabeth Hospital, in Woolwich, declared a major incident and diverted patients, while St Helier Hospital, in Sutton, south London, also had to divert patients earlier this month.

Doctors in many trusts have been told to reduce patient oxygen levels to no more than 92 per cent to try and manage demand on the system.

HSIB was set up in 2017 by former health secretary Jeremy Hunt to investigate systemic safety risks in the NHS and has adopted a model similar to the Air Accident Investigation Branch and other similar bodies.

It said: “We have launched a national investigation into the provision of piped oxygen gas supplies to hospitals. There has been an increased demand for oxygen gas in hospital wards during the Covid-19 pandemic. Covid-19 can cause severe inflammation of the lungs affecting a patient’s ability to breathe.

“As a result, an increased number of patients have required oxygen therapy within hospitals. Insufficient oxygen supply to seriously ill patients can have very severe consequences, including death.”

It said the hospital involved in the incident had enough supplies of liquid oxygen “but its piped oxygen system was unable to deliver the volume of oxygen gas required to meet all patient needs.”

NHS England did warn hospitals they would face more demand for oxygen during surges of the virus and said it had spent £15m upgrading some of those systems.

HSIB said it would “urgently investigate” what happened during the major incident to understand the issues and the role of engineers and hospital medical gas committees.

It will aim to identify safety recommendations that can be made to help the NHS manage the risk to patients.

She added: “There are a growing number of examples of things starting to go wrong. Some hospitals, such as St Helier Hospital, are struggling to safely supply oxygen because the existing infrastructure is decades old and struggling to cope with increased demand.

“Other hospitals, such as Queen’s Hospital, face difficulties because demand simply outstrips supply with so many extra wards having been reconfigured to care for Covid-19 patients.

“With the number of Covid-19 patients all but certain to surge in the coming weeks, please can you immediately outline what contingency measures are in place, so the situation does not deteriorate further. We currently face the very real risk of hospitals being overwhelmed and forced to close; and critically ill patients being diverted or moved at the last minute due to oxygen shortages or safety concerns.”

The Department of Health and Social Care was approached for comment.