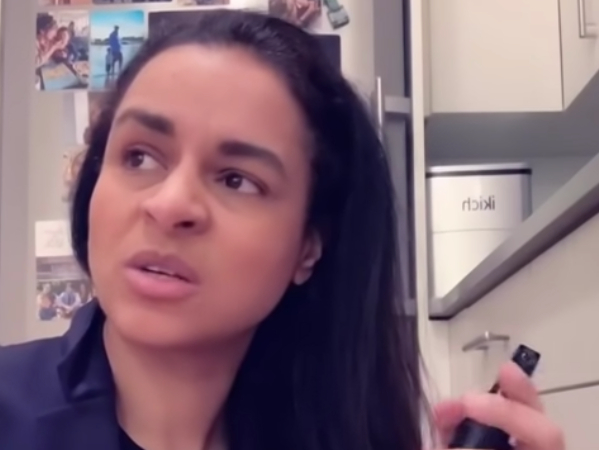 Senior judges have intervened to increase the prison sentence of a grime rapepr who held four women against their will to torture and repeatedly rape them.

Andy Anokye, 33, known by his stage name Solo 45, was given a 29-year sentence, made up of 24 years behind bars and an extended licence period of five years, at Bristol Crown Court in July last year.

He had been found guilty of 30 charges, including 21 rapes, five counts of false imprisonment, two counts of assault by penetration and two of assault occasioning actual bodily harm committed over a two-year period.

However, a panel of three judges ruled on Friday his initial sentence was “unduly lenient” and increased it to 35 years – with a 30-year jail term and five years on licence.

One of the judges, Lady Justice Macur, said the original sentence handed to the performer did not take into account the fact he committed multiple offences of rape against four separate victims.

The move comes after Anokye’s sentence was referred to the Court of Appeal by the Attorney General’s Office (AGO), with solicitor general Michael Ellis QC saying the decision “recognises the severity of the abuse he inflicted upon his victims and the danger he poses to the public”.

The court rejected an argument by lawyers representing the solicitor general that Anokye should have been given a life sentence.

Judges also refused a bid by Anokye to appeal against the length of his original sentence.

The musician, who was part of the grime collective Boy Better Know, derived sexual pleasure from torturing the women by waterboarding, interrogating, assaulting and raping them, the court heard.

He claimed the acts were part of consensual role play, or a game he played called “Catch me, Rape me,” and said he told women that he would “terrorise” them.

Police began investigating Anokye, who is originally from London but had a harbourside apartment in Bristol, in 2017 after a woman filed a rape allegation against him.

After his initial arrest, officers discovered footage filmed by Anokye on his mobile phone that revealed he had abused multiple women.

Judge William Hart, who convicted Anokye last July, said the artist had “become addicted” to the “perverted pleasure” he took from abusing the women in the case.

“You have a background that includes gang associations and criminal violence,” Judge Hart said. “I’m entirely satisfied that your career as a music artist was flourishing at the time of this offending and that you would have gone to great heights.”

The judge noted none of the other artists involved in the Boy Better Know collective knew of Anokye’s behaviour, saying “they are in no way tarnished by your misdeeds”.

“Your convictions have deprived you of that career but the fault is yours alone,” he added.

During the trial, graphic video clips filmed by Anokye – some of which showed him interrogating the women about previous sexual partners, slapping them, insulting them and raping them – were played to the jury.

Anokye had been signed to Island Records and known for his collaborations with the likes of Stormzy, JME and Wiley. He was described as a “violent, controlling narcissist and a bully” by prosecutors during the case.

The trial heard that he forced one woman to lie in a bath of freezing cold water, held a shotgun to the head of another woman, and made one sit with a bottle of water tied to her finger with a shoelace.

His abuse included holding a cloth covered in bleach to women’s faces, with one woman telling jurors that he had forced a mobile phone down her throat.

Anokye told the court, while giving evidence, that he had dacryphilia – a form of sexual arousal by tears or sobbing.

Following Anokye’s arrest, police examined videos and images on three mobile phones, an external hard drive and a laptop found at his apartment in Bristol.

Officers contacted further women and three came forward with complaints of abuse at his hands. A fifth woman also gave evidence against Anokye during the trial, but jurors heard he could not be charged with alleged offences against her as they took place abroad.

“Anokye’s crimes were truly shocking,” Mr Ellis said on Friday after judges confirmed the former grime star would only be eligible for release from prison after serving at least 20 of his 30-year sentence behind bars – and when the Parole Board is satisfied he no longer poses a danger to the public.

If you have been affected by sexual violence, you can find help via the NHS. Rape Crisis offers specialist support for women and girls; and the The Survivors’ Trust supports people of any gender.