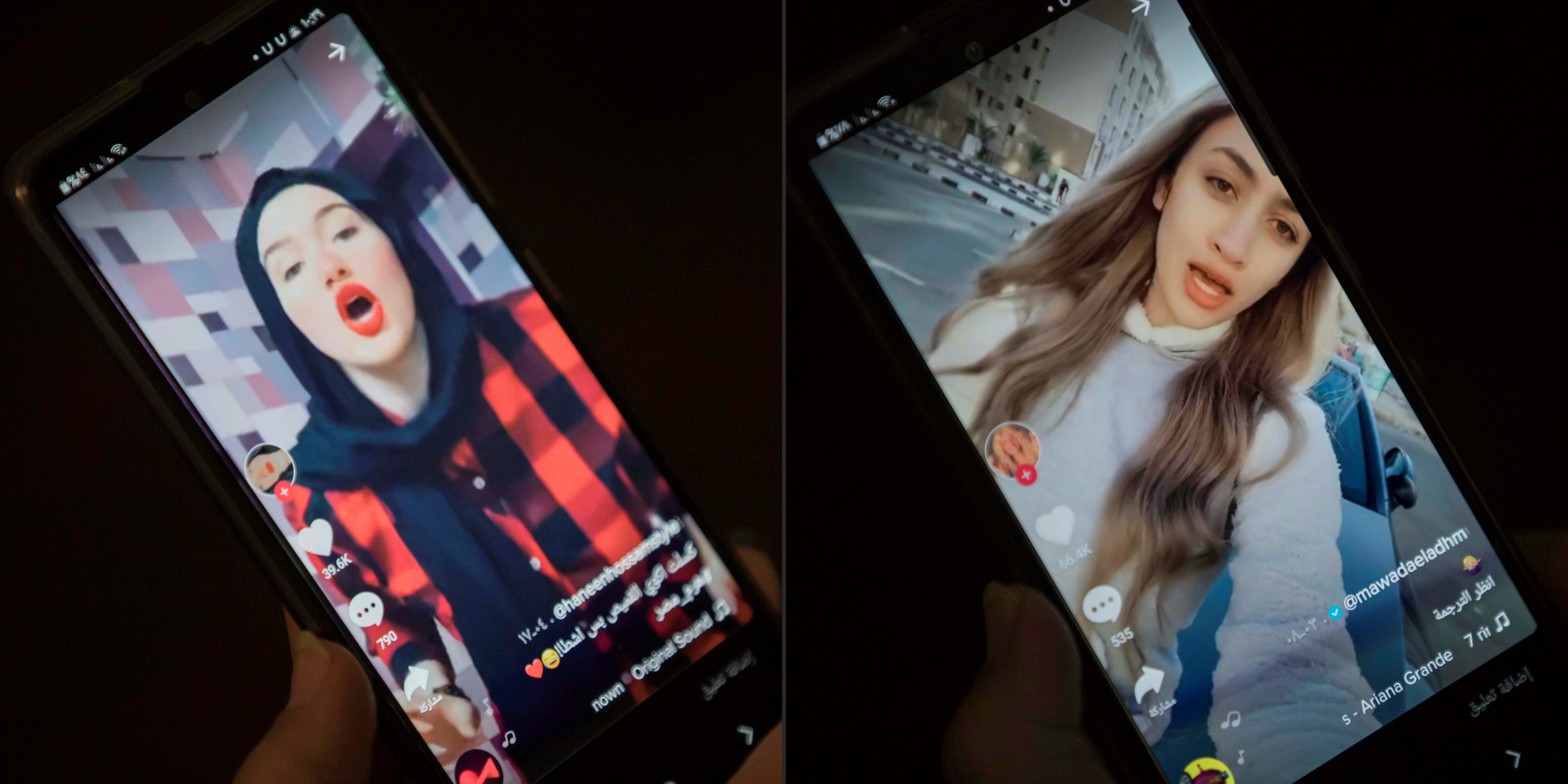 A Cairo court has accused 20-year-old student Haneen Hossam and 22-year-old Mawada Eladhm of recruiting young women for “indecent jobs that violate the principles and values of the Egyptian society,” the judicial official said. The official spoke on condition of anonymity because they were not authorised to brief the media.

Thursday’s motion came just two days after an appeals court had acquitted the two women and ordered their release.

Last summer, an Egyptian court of first instance sentenced Ms Hossam and Ms Adham along with another three women to two years in prison for “violating the values and principles of the Egyptian family,” inciting debauchery and promoting human trafficking. The verdict came after the two women had vaulted to TikTok fame, amassing millions of followers for their video snippets set to catchy Egyptian club-pop tracks. In their respective 15-second clips, the women wearing makeup pose in cars, dance in kitchens and joke in skits, familiar and seemingly tame content for the platform. The two women were also fined 300,000 Egyptian pounds (£14,000).

Their case drew the ire of Egyptian feminists who dismissed the prosecution of Ms Hossam and Ms Adham as another example of their conservative society’s encroachment on women’s freedoms. At the time, women’s rights advocates circulated an online petition describing the arrests as a “systematic crackdown that targets low-income women.”

Although Egypt remains far more liberal than Gulf Arab states, the Muslim-majority country has swung in a decidedly conservative direction over the past half-century. Belly dancers, pop divas and social media influencers have faced backlash for violating the norms.

0 0 0 0
Previous : Large parts of England and Scotland placed under new weather warnings amid heavy snow
Next : Coronavirus: One of two Brazil variants is already in UK, expert says