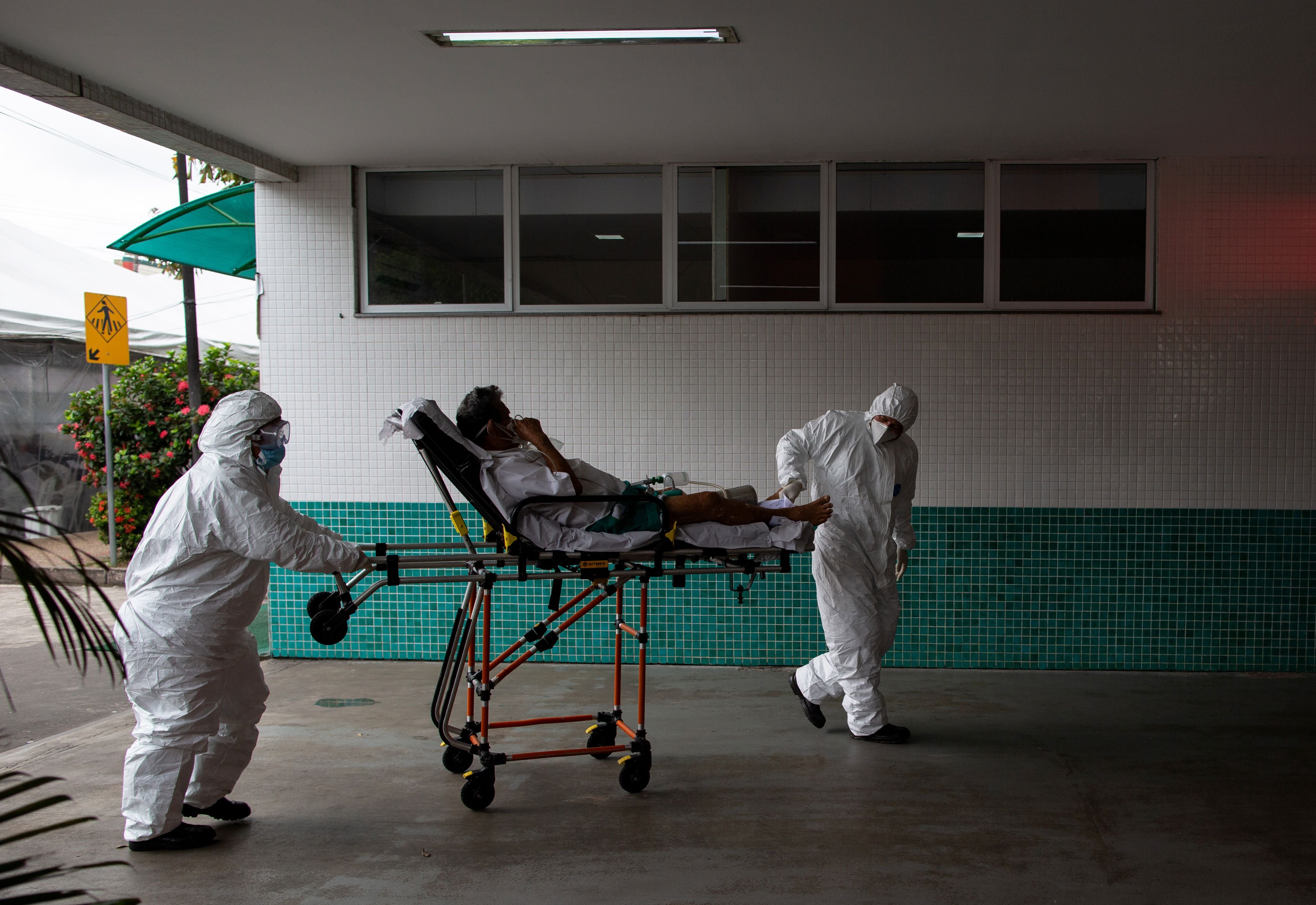 Coronavirus: One of two Brazil variants is already in UK, expert says

One of two coronavirus variants believed to have first emerged in Brazil has been identified in the UK, according to a leading virologist.

Professor Wendy Barclay, head of G2P-UK National Virology Consortium, a new project set up to study the effects of emerging coronavirus mutations, said: “There are two different types of Brazilian variants and one of them has been detected [in the UK] and one of them has not.”

She not specify the differences between the two variants, or confirm which one had made its way to Britain – though both lineages of the virus have raised concern among scientists.

One of the Brazilian variants – called P.1 – was first detected in four people who had travelled from Brazil’s Amazonas state to Tokyo earlier this month.

Japanese scientists are studying the efficacy of the Covid-19 vaccines against P.1, which shares similarities with the highly infectious variants that have already been identified in the UK and South Africa.

Transport secretary Grant Shapps said he was “not aware” if any cases of this particular variant had been picked up, as new restrictions were enforced on Friday preventing South American travellers from entering the UK.

But Prof Barclay said one of the Brazilian variants may have been “introduced [to Britain] some time ago”.

“In the databases, if you search the sequences, you will see that there is some some evidence for variants from around the world, and I believe including the Brazilian one, which probably was introduced some time ago,” she said.

“And that will be being traced very carefully.”

Scientists believe that P.1 has been circulating in Brazil’s Amazonas state since July of last year, before being detected in Japan this month.

The variant, which is thought to be highly transmissible, has seen a mass transfer of Covid-19 patients out of Manaus, the Amazon’s largest city, as it struggles with a shortage of oxygen tanks.

Nearly 6,000 people have died from Covid across the state, where the second wave of the pandemic has hit hard.

Another variant of Sars-CoV-2 is “more prevalent” in other parts of Brazil, Prof Barclay said on Friday.

Research from G2P-UK and other groups suggests the two Brazil variants “might impact the way that some people’s antibodies can see the virus”, she added, so there may be a risk of reinfection which would have “big implications”.

“It is really important that we carry out this work now, and carry it out carefully, and in several different laboratories, to really firm up those results because they have big implications,” Prof Barclay said.

Earlier, Mr Shapps described the ban, which includes an exemption for British and Irish nationals, as a “precautionary” measure to ensure the vaccination programme rolling out across the UK was not disrupted by new variants of the virus.

Asked if P.1 was currently in the country, he told BBC Radio 4’s Today programme: “Not as far as we are aware, I think, at this stage.

“There haven’t been any flights that I can see from the last week from Brazil, for example.”