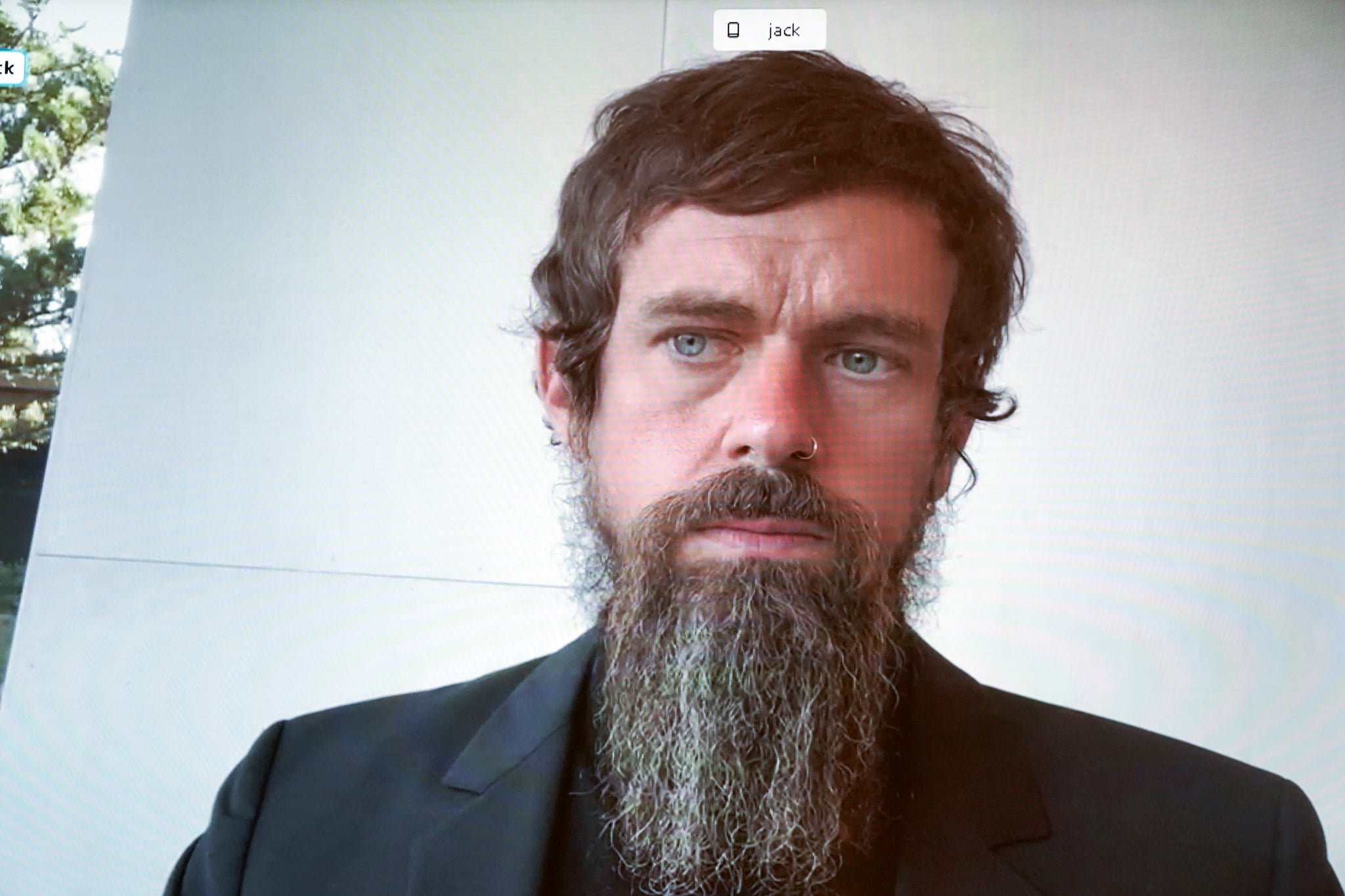 Mr Dorsey has faced sustained criticism in recent days from those who argue that the site should have banned the president much earlier, as well as others who argue that the way the ban went into effect could have damaging consequences for the ability to speak freely on the internet.

For years, Twitter and its boss had argued that Mr Trump had a special exemption from its rules because his tweets were newsworthy, and said that it would allow posts that would lead to a ban for other users because he was an elected official.

But Twitter eventually had to ban Mr Trump because it “faced an extraordinary and untenable circumstance, forcing us to focus all of our actions on public safety,” Mr Dorsey wrote in a series of tweets. “Offline harm as a result of online speech is demonstrably real, and what drives our policy and enforcement above all.”

But he did also say that he felt the decision to ban Mr Trump could be dangerous for the future.

“Having to take these actions fragment the public conversation,” he said in another post. “They divide us. They limit the potential for clarification, redemption, and learning.

“And sets a precedent I feel is dangerous: the power an individual or corporation has over a part of the global public conversation.”

He went on to suggest that the fact Twitter had the power to ban Mr Trump with such powerful consequences could change the way the internet works. Noting that he believed that one check on Twitter’s power was the fact that it is just one part of the internet and users could leave to other services, he voiced concern about the fact that other companies – presumably Amazon, Apple and Google, which banned the rival app Parler – could together stop hosting “what they found dangerous”.

“This moment in time might call for this dynamic, but over the long term it will be destructive to the noble purpose and ideals of the open internet,” he wrote. “A company making a business decision to moderate itself is different from a government removing access, yet can feel much the same.”

Mr Dorsey concluded by indicating that Twitter is working on an “open decentralised standard for social media”, which his company would help fund and would eventually become a client of. That could become a “standard for the public conversation layer of the internet”, suggesting that big companies such as Twitter would no longer have such power over whether individual users are able to access communication platforms.

“It’s important that we acknowledge this is a time of great uncertainty and struggle for so many around the world. Our goal in this moment is to disarm as much as we can, and ensure we are all building towards a greater common understanding, and a more peaceful existence on earth,” he concluded.

“I believe the internet and global public conversation is our best and most relevant method of achieving this. I also recognize it does not feel that way today. Everything we learn in this moment will better our effort, and push us to be what we are: one humanity working together.”

0 0 0 0
Previous : Bali’s thieving monkeys deliberately target most valuable items to trade for food
Next : Australia to kill pigeon that crossed Pacific from Oregon over ‘biosecurity risk’