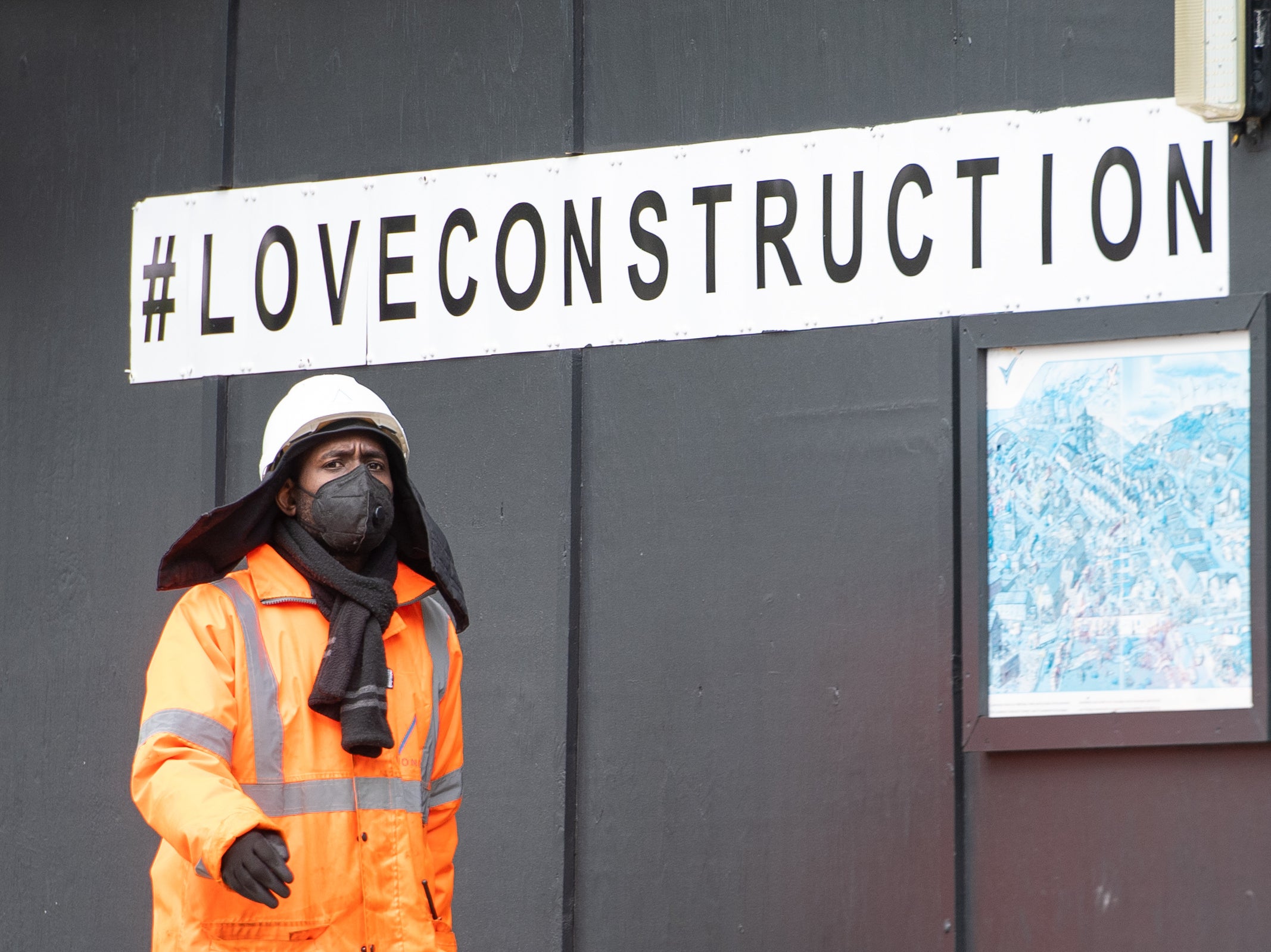 People working in the construction industry who are encouraged to continue going to work as they cannot work from home have called for a pause in non-essential work over safety fears.

While most of the UK is urged to stay at home under coronavirus guidelines to curb the spread of the disease, the UK government encourages construction staff to travel in to sites, saying that “this is essential to keeping the country operating and supporting sectors and employees”.

But many workers in the industry feel “let down and forgotten” as the second wave of coronavirus infections rips through the country, and are calling for sites to be closed to stop the virus from spreading further.

Will, a supervisor for a number of sites cross southeast England, told the PA news agency that many of the staff he works with do not feel safe commuting to and working on sites.

“A lot of the construction industry just feel so let down and forgotten during this second wave,” he said. “Like most construction workers, we are concerned about losing our jobs or even just looking bad to our companies by calling for sites to close to stop the spread.

“A lot of guys here either don’t feel safe, or, to be honest, don’t care, because if they do not come in they don’t get paid, and not paying bills and putting food on the able is a bigger issue to them.”

Will, who asked for his surname not to be included, said he had visited five different sites in the past eight days and although his company provides PPE and other protections, it is “impossible to keep people apart” due to sites lacking in space and crowded trains in London.

It comes after commuters were seen piling on to tube trains in London’s Canning Town underground station on Thursday morning. BBC’s transport correspondent Tom Edwards, who shared the video on Twitter, said tube drivers were “getting increasingly concerned” about the crowds.

Many on social media believe those being forced to commute to work amid the rising infections are construction workers.

Will said: “Personally, I believe they should close non-essential sites for a period of four to six weeks like they did back in April. It’s not like we’re building a hospital or doing essential motorway works.”

Last week, Scottish first minister Nicola Sturgeon said the status of construction in the country would be kept “under review”.

A Scottish worker who wished to remain anonymous told PA: “I am working on a  site where houses cost on average of £400,000.

“There is not one form of affordable housing on this site and I feel that the only reason I am working is to fund the corporate greed. I do not feel safe at work, I feel as if I am just another number that could be replaced tomorrow.”

Betty, a 52-year-old sales worker for a major house builder in England, said it “makes no sense at all” that she can meet “hundreds of strangers in a show home” but cannot visit her neighbour indoors.

She told PA she had been “made to go to work” despite the availability of tools to work from home, such as virtual viewings. She added: “I have to meet with complete strangers inside sometimes for hours on end.

“I’ve challenged the reasoning behind being an essential worker but the only answer I get is “we’re following government guidelines”.

Betty, who did not want to give her full name, said her job also entails spending hours “in an enclosed office while customers are choosing kitchens”.

She said one customer requested an appointment “from over 80 miles away”.

“I have asked if we could ensure essential appointments only but who can police what is classed as essential?” she asked.

Charlotte Childs, GMB union national officer, said that construction staff are “rightly concerned about commuting to site, often by public transport, and the risk from Covid-19 as a result”.

“Sites have adopted good practices in terms of social distancing and our members are doing all they can to stay safe,” she said.

“But employers must undertake risk assessments and take appropriate action. Most importantly, workers should not suffer loss of pay as a result of the government’s mismanagement of this whole crisis and safety should always come first.”

A spokesperson for the Health and Safety executive said: “Any worker concerns about their health and safety arrangements should talk to their employer.

“If they remain concerned, they can raise these concerns with us.”