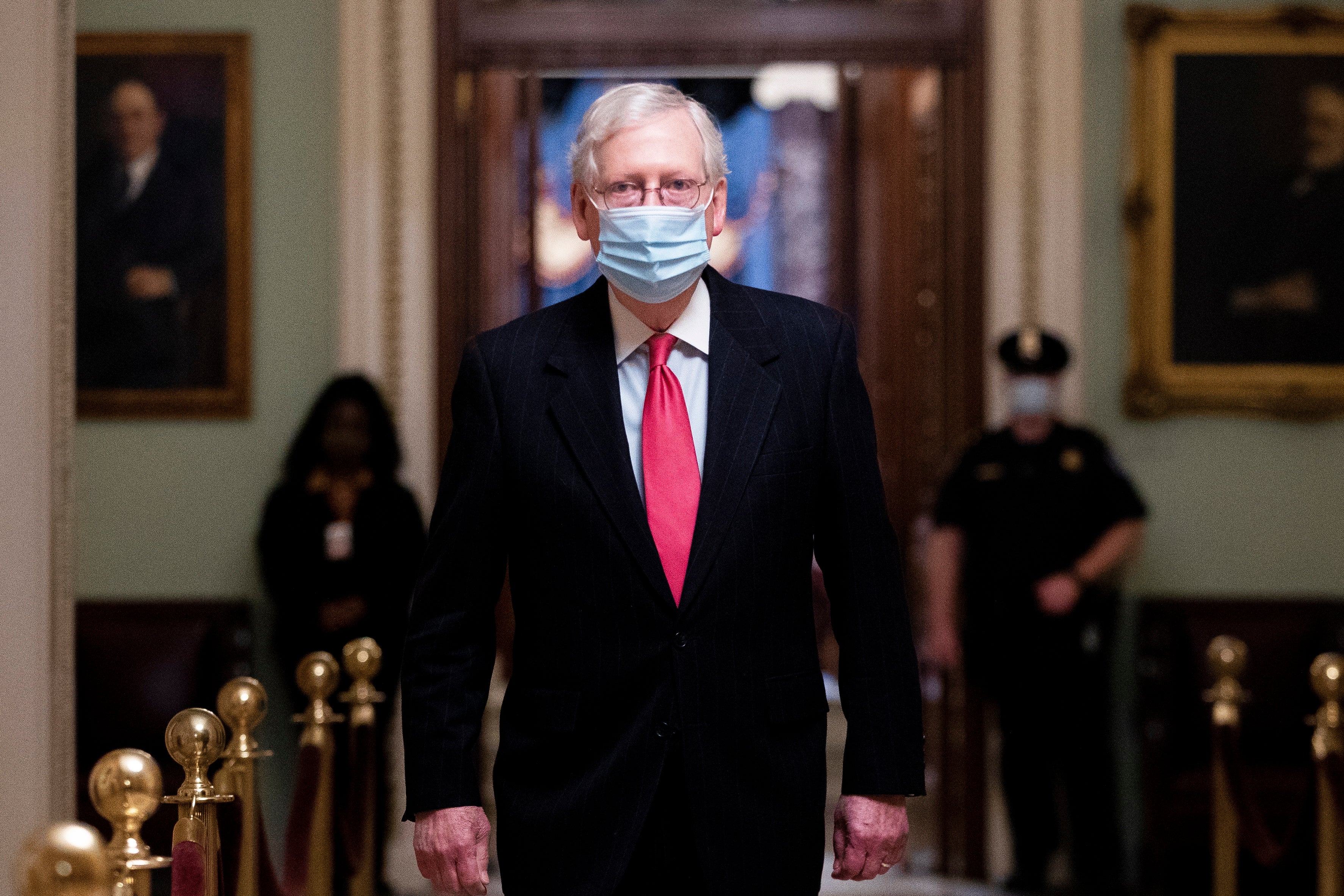 Senate Majority Leader Mitch McConnell has rejected a bid to enact an emergency session of the US Senate to conduct an impeachment trial against President Donald Trump on Wednesday before he leaves office.

The news comes as House lawmakers debate whether to impeach the president for a second time during his tenure in the White House for inciting deadly riots which attacked the Capitol building last week.

Mr McConnell reportedly expressed his satisfaction with the House moving forward to impeach Mr Trump, according to the New York Times, telling his advisers the move would help rid the GOP of the outgoing president.

But his refusal to convene an emergency session clears the way for Mr Trump to remain in office until President-elect Joe Biden can be sworn in on Inauguration Day.

Vice President Mike Pence had previously rejected calls from Democratic leaders and even some Republicans on Capitol Hill to enact the 25th Amendment, through which a majority of the Cabinet can vote to remove the president from office.

Those Democrats cited the president’s ability to further sow discord and potentially promote violence ahead of the transition of power.

Senate Minority Leader Chuck Schumer and other Democrats had hoped Mr McConnell would agree to reconvene the Senate Friday for an impeachment trial following the reports of his approval for the House procedures.

After the House approved a resolution urging Mr Pence and the Cabinet to invoke the 25th Amendment, Ms Pelosi officially opened up debates on Wednesday and said: “Those insurrectionists were not patriots. They were not part of a political base to be catered to and managed. They were domestic terrorists. And justice must prevail.”

Democrats would require at least 17 Republicans to join them in their vote for a conviction, which could bar Mr Trump from ever holding public office again, as well as running for president in 2024.

Though it remains unclear how many Republicans would be willing to support the second impeachment of the president, the dam appeared to be breaking by Wednesday, with House GOP chair Liz Cheney issuing a stinging rebuke of Mr Trump’s conduct and revealing she would vote to impeach him.

“The President of the United States summoned this mob, assembled the mob, and lit the flame of this attack. Everything that followed was his doing. None of this would have happened without the President,” she said. “The President could have immediately and forcefully intervened to stop the violence. He did not.”