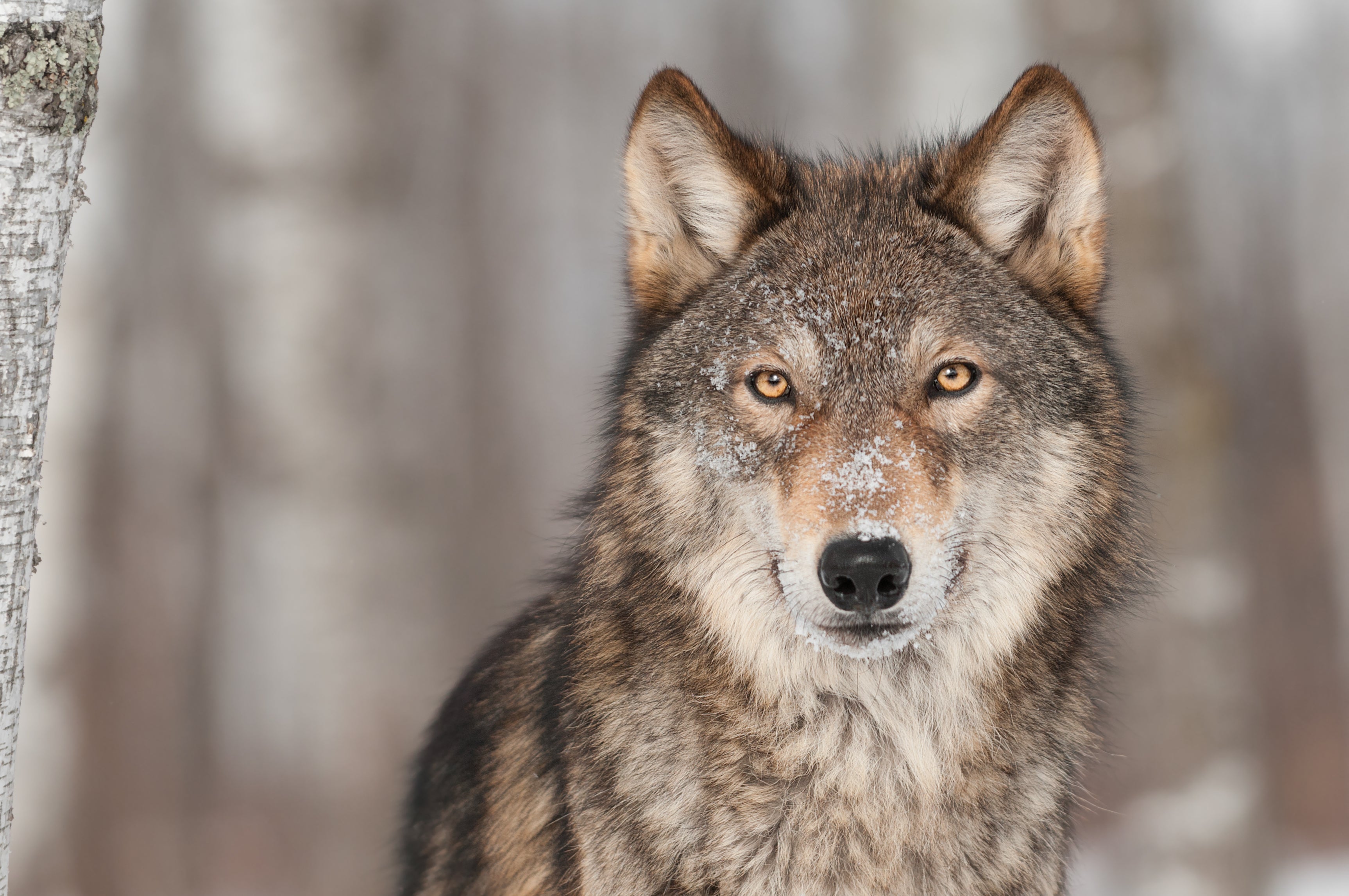 The leftovers route to dog domestication

It is the middle of the last ice age and you are in the cave on a cold winter’s night chewing the fat, and I don’t mean gossiping. You are chewing real, gristly fat from some animal you just killed and cooked because if you eat only lean meat you will starve to death or get protein poisoning. By evolutionary necessity, you find fat irresistible. Many thousands of years later this will cause your descendants to eat Doritos and Slim Jims, but that is not your problem.

Still, you have leftover lean meat because that is not the part of the musk ox that people like. What to do with it? Toss it to the wolf pup! You don’t know why you took the beast in, but it is cute, and it seems to thrive on the parts of the kill you don’t favour. If this happens often enough, and you and your children and their children end up keeping some of these wolves and their progeny, what do you get? Dogs!

Maria Lahtinen, an archaeologist at the Finnish Food Authority, and a group of colleagues published this idea in a bit more scientific detail in the journal Scientific Advances. Lahtinen, whose main research is not on domestication but the diet of Arctic and sub-Arctic people, had a notion that the different dietary needs of humans and wolves could be key to the origin of dogs. It is, she said, “a completely new hypothesis why initial dog domestication took place”. Two species, both carnivores to a greater or lesser extent, with different nutritional needs, could have a commensal relationship. The wolves would benefit and the humans, at least at first, would neither lose nor benefit.

Humans, including modern hunter-gatherers, have an odd habit of feeding other animals and keeping them, at least for a while. So the authors lean toward the idea of various human bands occasionally snatching a wolf puppy. Eventually, the two species grew closer together and the new dog-wolves became useful. Many thousands of years later, we have pandemic puppies.

Yellowstone National Park is an excess of geological riches, from sweeping volcanic vistas to bubbling caldrons with multicolored irises. But one of its 10,000 thermal features has been capturing everyone’s attention recently: Steamboat geyser.

Steamboat, the world’s tallest active geyser, can launch superheated water almost 400 feet into the sky. These eruptions have been erratic, with gaps between each major outburst lasting anywhere from four days to 50 years. But in March 2018, it began a showstopping performance that shows no sign of petering out. The geyser’s 129 eruptions from the moment of its awakening to the present date exceed the total number seen gushing from Steamboat in the preceding half-century.

Naturally, scientists want to know what kicked off this display of flamboyant fluidity.

And a study, published in the Proceedings of the National Academy of Sciences, has at least ruled out certain culprits, such as earthquakes or snowfall. Even though scientists couldn’t pin down a prime suspect, the finding extends scientific knowledge of the natural engineering underlying geysers, which remains fuzzy at best.

“We still can’t explain simple things about how they work,” said Mara Reed, a graduate student at the University of California, Berkeley, and the study’s lead author. “There’s just so much more to learn.”

Her co-author, Michael Manga, a geoscientist at the University of California, Berkeley, agreed, framing geysers as simplified volcanoes. “If we can’t understand a geyser, our prospects for understanding magmatic volcanoes are much lower,” he said.

Steamboat’s prolific eruptions, along with the plethora of modern scientific sensors scattered around the park and observations by citizen scientists, have given researchers a great opportunity to study what makes it tick, and allowed Reed’s team to seek explanations for the geyser’s dramatic 2018 activation.

The lack of definitive answers may frustrate some. But for Reed, playing detective with Steamboat is a dream fulfilled. The last major eruptive period was in the 1980s, before her time. She thought she had missed her chance to see one of its spectacular shows. “Now I’ve gotten to see it,” she said, “and it blew my mind every time.”

Cuttlefish took something like a marshmallow test. Many passed

Zipping through water like shimmering arrowheads, cuttlefish are swift, sure hunters. They morph to match the landscape, shifting between a variety of hues and even textures, using tiny structures that expand and contract beneath their skin. They even seem to have depth perception, researchers using tiny 3D vision glasses found, placing them apart from octopuses and squids. And their accuracy at striking prey is remarkable.

But for cuttlefish, these physical feats in pursuit of food are not the whole story. A new study published in the journal Royal Society Open Science shows that there is even more to cuttlefish cognition than scientists may have known.

The sea creatures appear to be capable of performing calculations that are more complicated than simply “more food is better.” Presented with a choice between one shrimp or two, they will actually choose the single shrimp when they have learnt through experience that they are rewarded for this choice.

While the braininess of their octopus cousins gets a lot of attention, researchers who study animal cognition have uncovered surprising talents in cuttlefish over the years. For instance, the cephalopods will hunt fewer crabs during the day if they learn that shrimp, their preferred food, is predictably available during the night.

Chuan-Chin Chiao, a biologist at National Tsing Hua University in Taiwan, and an author of the current paper alongside his colleague Tzu-Hsin Kuo, has found in the past that cuttlefish that are hungry will choose a bigger, harder-to-catch shrimp to attack, and those that are not will choose smaller, easier-to-catch ones.

“You’d think they always choose the larger quantity,” Chiao said. But that was not what happened.

In the second round the cuttlefish chose one shrimp significantly more often than two. Cuttlefish that hadn’t had the training reliably picked two shrimp over one, demonstrating that those that chose the smaller number were anticipating the reward.

Jellyfish build walls of water to swim around the ocean

Locomotion through the seas can be arduous. Water is more viscous than air, and so underwater creatures must overcome strong frictional resistance as they swim.

To make things more difficult, liquid water provides nothing solid to push off against.

But lowly jellyfish, which have swum in the world’s oceans for half a billion years, have come up with an elegant, efficient means of propulsion.

Scientists have found that through their pulsing gelatinous undulations, at least one species of jellyfish creates vortices that rotate in opposite directions. Where flows of the two vortices meet, the collision creates a region when the water is stationary — in effect, creating a wall that the jellyfish use to push off.

With a simple body structure that is conveniently transparent, jellyfish “represent a really nice model to understand how animals interact with the water around them, to move very efficiently,” said Bradford J Gemmell, a professor of integrative biology at the University of South Florida. “More efficiently than humans can create vehicles, for example.”

In a paper published in Proceedings of the Royal Society B, Gemmell and his colleagues described the new discovery about jellyfish motion.

“This paper documents another in what’s a growing portfolio of approaches that these animals use to swim efficiently,” said John O Dabiri, a professor of aeronautics and mechanical engineering at the California Institute of Technology. Dabiri has collaborated with Gemmell in the past but was not involved with the current research.

As a jellyfish completes one of its strokes and relaxes, it generates a doughnut-shape ring of rotating liquid called the stopping vortex, and the blobby “bell” portion of the animal traps this vortex. As the bell contracts, it creates a second ring of liquid, the starting vortex, rotating in the opposite direction. As the jellyfish rises in the water, the starting and stopping vortices meet, producing a virtual wall that aids propulsion.

This ring of nonmoving water exists only briefly so it is not as effective as a real wall. But it still helps the jellyfish. “The cool thing is, they’re able to do this in open water,” Gemmell said. “They don’t need to be anywhere near solid surface to get this benefit.”

Will ghost sharks vanish before scientists can study them?

Take one look at a ghost shark and you may say, “What’s up with that weird-looking fish?”

Over the past few decades, scientists learned that these cartilaginous fishes, also known as ratfish or chimaeras, have been around for hundreds of millions of years, and that they have venomous spines in front of their dorsal fins and “fly” through the water by flapping their pectoral fins. They even learned that most male ghost sharks have a retractable sex organ on their foreheads that resembles a medieval mace.

However, much remains to be learned about these strange creatures. Basic biological information, like how long they live and how often they reproduce, is lacking for most of the 52 known species. The absence of this key information makes it difficult for scientists to manage and monitor ghost shark populations, even as evidence mounts that some species may be at risk of extinction.

Scientists from the Shark Specialist Group, a division of the International Union for the Conservation of Nature, recently assessed the extinction risk of all confirmed ghost shark species and determined that 16 per cent are “threatened” or “near threatened.” The assessment, which was published in the journal Fish and Fisheries, also found that 15 per cent of ghost shark species are so understudied that their extinction risk cannot be determined. Now experts are concerned that certain ghost shark species might go extinct before scientists have a chance to study them.

Ghost sharks can be found in all of the world’s oceans, except the Arctic and the Antarctic. Most inhabit the deep-sea, although a handful of species inhabit shallow coastal waters. Despite their name, ghost sharks are not true sharks, though they are closely related. Unlike their shark cousins, ghost sharks have long, thin tails and large, continuously growing tooth plates that give them a ratlike appearance. Some have long skinny snouts while others sport plow-shaped ones that they use to probe seafloor sediment in search of food.

“They’ve got a face only a mother or a researcher could love,” said David Ebert, director of the Pacific Shark Research Centre at Moss Landing Marine Laboratories in California and co-author of the assessment.