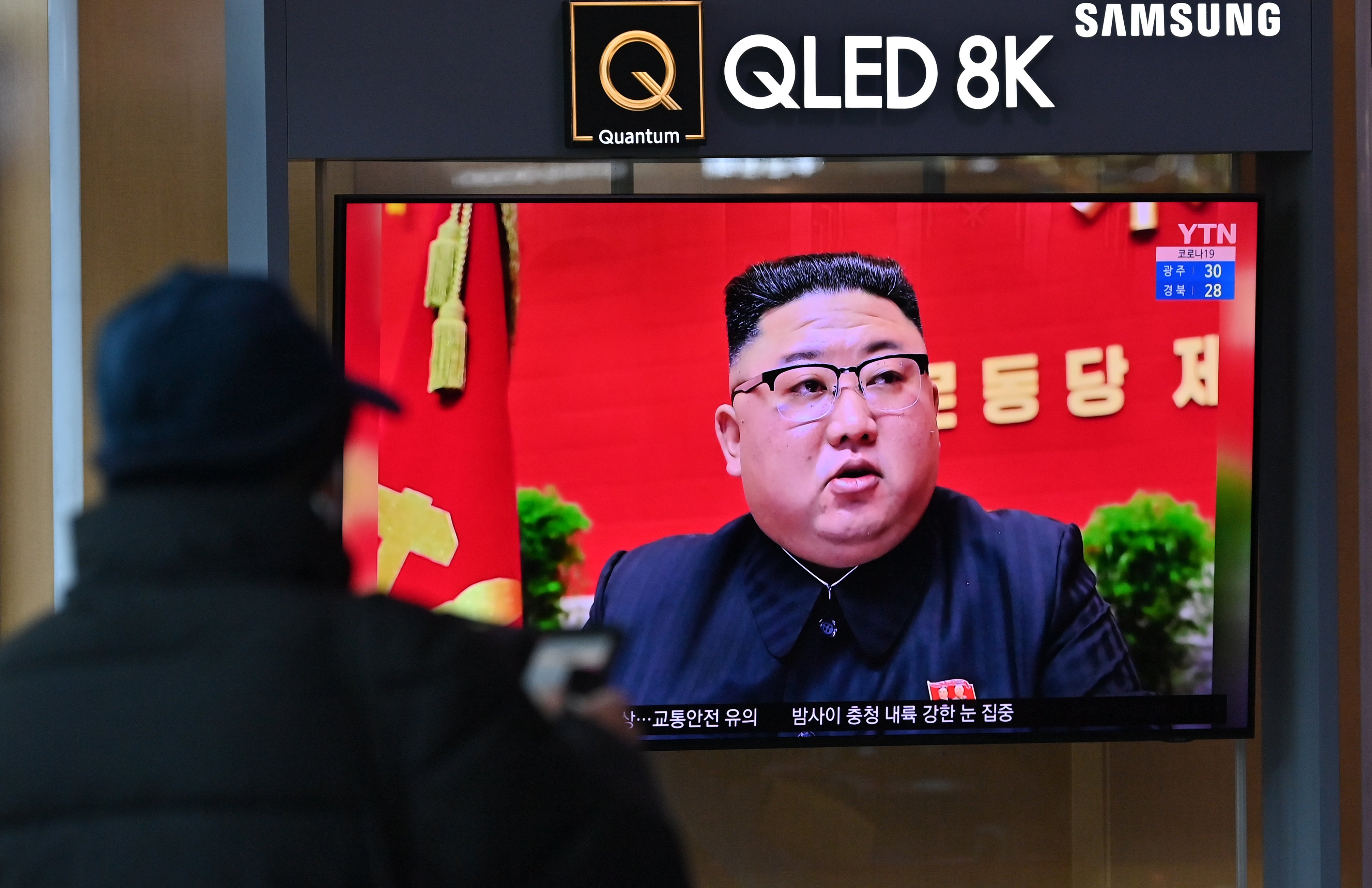 The mammoth congress of North Korea’s ruling party came to an end on Tuesday with leader Kim Jong-un adopting a resolution to bolster his country’s “nuclear deterrent”.

Establishing a nuclear force has been “a strategic and predominant goal,” Mr Kim said during the party meeting, the first of its kind since 2016, and which offers analysts of the hermit kingdom crucial insights into its plans for the years ahead.

During his closing remarks at the congress, Mr Kim rattled off a detailed list of advanced weaponry that he claimed the country was developing, including ultramodern tactical nuclear weapon, hypersonic gliding-flight warheads, multi-warhead missiles,  military reconnaissance satellites, a nuclear-powered submarine, and land- and submarine-launched intercontinental ballistic missiles that use solid fuel.

With its economy ravaged by the knock-on effects of the coronavirus pandemic – though it claims to have had no cases itself, North Korea has shut its border to main trading partner China – as well as flooding and international sanctions over its nuclear weapon programmes, the country is facing its toughest moment in Mr Kim’s nine-year rule.

“We must further strengthen the nuclear war deterrent while doing our best to build up the most powerful military strength,” Mr Kim said. “The hostile forces will try to check our advance more frantically, and the world will watch how the political declaration and fighting programme of our (party) are realised,” he added.

Earlier in the conference, North Korea’s leader also called the US “the fundamental obstacle to the development of our revolution and our foremost principal enemy,” adding that the fate of bilateral relations between the two countries would depend on the ability of Washington to discard policies perceived as hostile by Pyongyang.

Under the presidency of Donald Trump, the two countries have shared a turbulent relationship that began with vicious insults and frequent threats of nuclear attacks before the historic meeting of the two leaders in 2018, where the outgoing US president said “we fell in love”.

Any sense of diplomatic gains fast deteriorated, however, culminating in the collapse of the leaders’ talks in Vietnam in February 2019, after the US refused to start lifting sanctions until North Korea fully abandoned its nuclear programme.

Pyongyang has been presented with a new set of challenges in terms of diplomatic relations with the transfer of leadership in Washington, and Mr Kim and Joe Biden will start off on a no-less troubled footing than at the start of Mr Trump’s term in 2017. The Democrat described Mr Kim as a “thug” during the presidential debates, provoking a sharp response where North Korea called the then-candidate a “rabid dog” who “must be beaten to death with a stick”.

0 0 0 0
Previous : WhatsApp: How to leave messaging service without losing all of your data or upsetting your friends
Next : Science news in brief: From dog domestication to vanishing ghost sharks