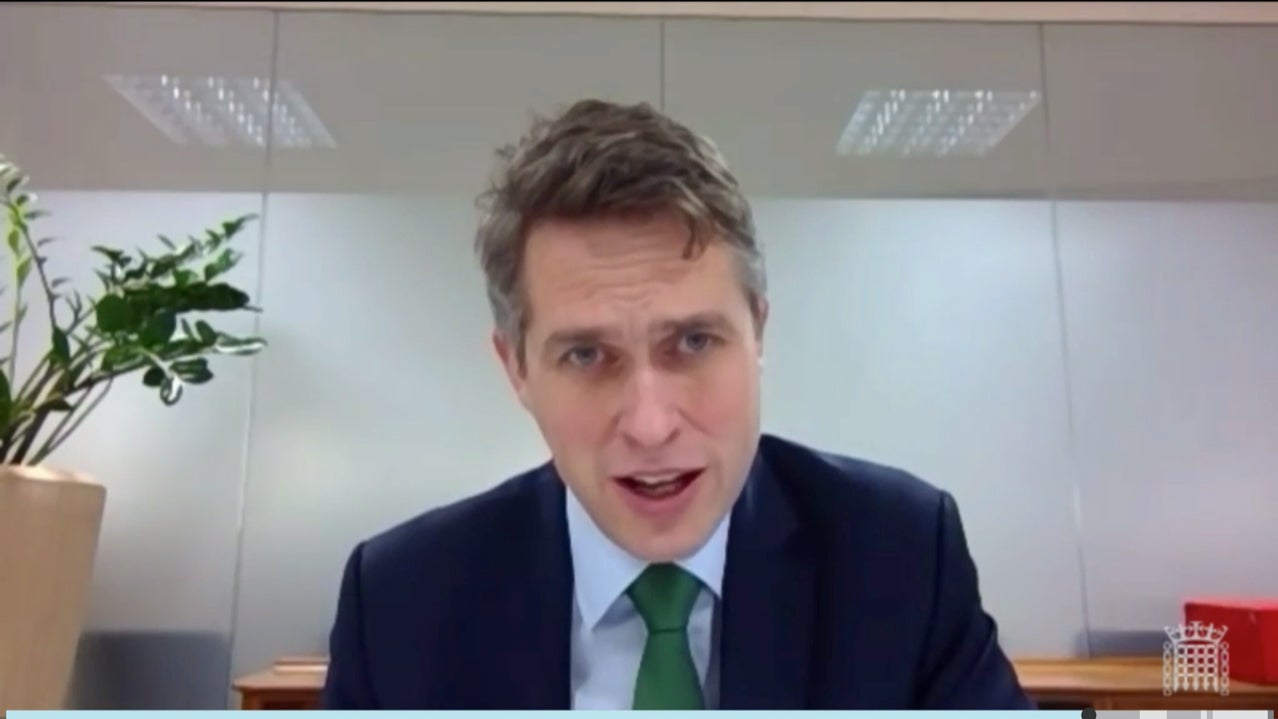 Education secretary Gavin Williamson has said he was “absolutely disgusted” by the standards of some food parcels sent to children on free school meals, and promised to support any school taking action against suppliers.

Mr Williamson said he was ready to “name and shame” any suppliers providing sub-standard packs, and confirmed that a national voucher scheme will be launched next week to give schools the option to scrap food parcels.

Meal provider Chartwells apologised last night after an outcry over images on social media of packages with meagre contents intended to provide lunches for children for several days.

Footballer and anti-charity campaigner Marcus Rashford spearheaded demands for improvements to the “hampers”, which are supposed to replace a £15-a-week shopping voucher scheme, but which one mother costed at just over £5 worth of purchases from a local supermarket.

Speaking to the House of Commons Education Committee, Mr Williamson said: “When I saw that picture, I was absolutely disgusted. As a dad myself, I just thought ‘How can a family in receipt of that really be expected to deliver five nutritious meals as required?’

“It is just not acceptable. It has being made absolutely clear to Chartwells and to the whole sector that that sort of behaviour is just not right, it will not be tolerated we will not live with that.

And he added: “Chartwells made absolutely clear that this isn’t acceptable and they’ve apologised for this.

“We will support any school that needs to take action against any food contracter and will name and shame any of those not delivering against the standard.”

Mr Williamson told the committee that schools in England already had the option of using local voucher schemes with nearby supermarkets.

And he said that the national voucher scheme will be available to all schools from next week.