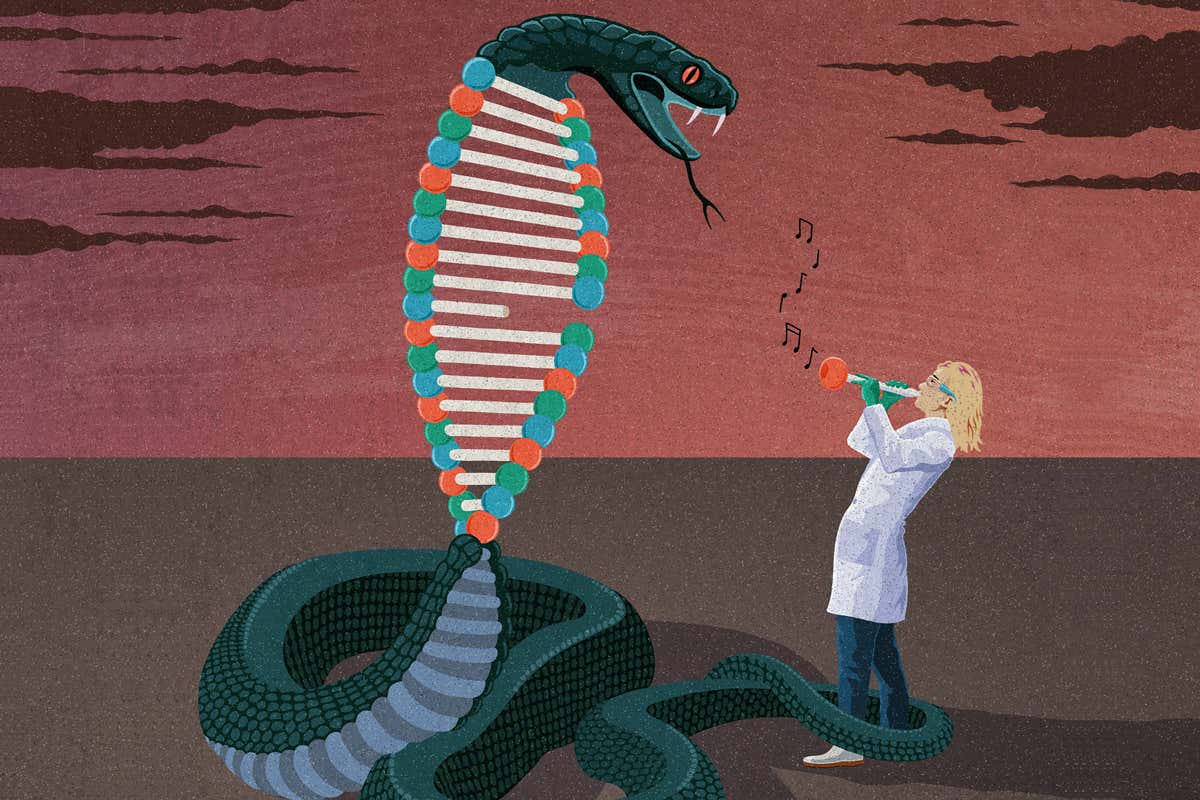 Making changes to genes with CRISPR has the potential to cure diseases and feed the world, if we can learn to control it. Now it looks like viruses hold the solution

THERE is a technology that could tackle some of life’s most pressing problems, from disease to malnutrition. It could fix medical conditions such as cystic fibrosis and sickle cell anaemia simply by changing a bit of genetic code. It could eliminate malaria by making male mosquitoes infertile. It could wipe out pests that destroy crops. And it could modify other organisms to increase their usefulness, helping to create foods that are tastier and more nutritious.

This is the promise of CRISPR, a biochemical tool at the forefront of a gene-editing revolution. Produced naturally by bacteria, CRISPR has gained rock-star status among scientists in the decade since its extraordinary potential was first recognised, and it is already starting to live up to the promise. But behind all the excitement lurk some dark questions. What if the editing goes wrong? What if it has undesired effects? What if we can’t stop it? Without a means to keep CRISPR on target and halt it in its tracks when needed, gene editing could have disastrous consequences – both for human health and for the planet.

What we need is an off-switch, one that can be used at will. Researchers around the world have spent years trying to find one, largely by investigating various biochemical solutions. However, it turns out that the answer may be right under our noses. In an evolutionary face-off between CRISPR-producing bacteria and the viruses that infect them, nature has already designed anti-CRISPR. The challenge now is to harness this evolved off-switch to our own ends and usher in the golden age that gene editing promises.