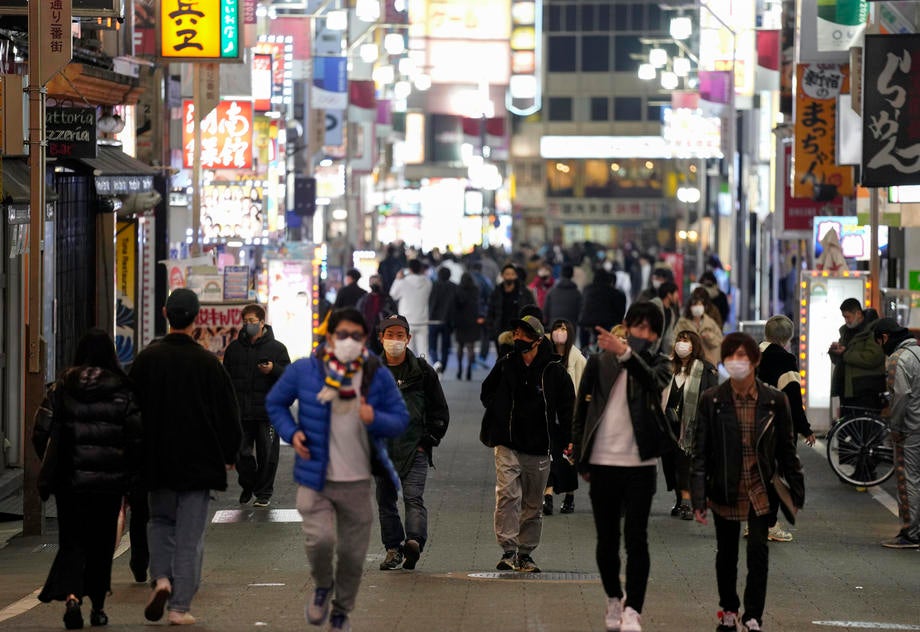 Different variants of the disease have already been found in the UK and South Africa and a third variant has been located in Japan after authorities tested four arrivals from Brazil.

“We are going into a second year of this, it could even be tougher given the transmission dynamics and some of the issues that we are seeing,” Mike Ryan, the WHO’s top emergencies official, said during an event on social media.

The highly contagious UK variant has so far spread to more than 50 countries, while the South Africa strain has been detected in 20 other nations, the WHO confirmed.

Authorities in Japan said studies were underway into the efficacy of Covid vaccines against the new variant.

“At the moment, there is no proof showing the new variant found in those from Brazil is high in infectiousness,” Takaji Wakita, head of the National Institute of Infectious Diseases, told a health ministry briefing on Monday.

The WHO, in its latest epidemiological update issued overnight, said after two weeks of fewer cases being reported, some five million new cases were reported last week, the likely result of a letdown of defences during the holiday season in which people  came together.

“Certainly in the northern hemisphere, particularly in Europe and North America we have seen that sort of perfect storm of the season – coldness, people going inside, increased social mixing and a combination of factors that have driven increased transmission in many, many countries,” Mr Ryan said.

CNN reporter cries on air over Covid in LA

Maria Van Kerkhove, WHO’s technical lead for Covid-19, warned: “After the holidays, in some countries the situation will get a lot worse before it gets better.”

That includes home-office requirements and store closures in Switzerland, an extended Italian COVID-19 state of emergency, and German efforts to further reduce contacts between people blamed for failed efforts, so far, to get the coronavirus under control.