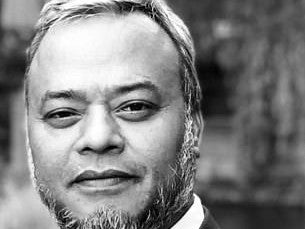 A 14-year-old boy has been charged with murdering a restaurant owner who was hit by his own car while delivering food in Stockport.

The youth, who cannot be named for legal reasons, will appear in court on Wednesday after Mohammed Islam was knocked down in the Romiley area of the Greater Manchester town.

The 53-year-old, from Hyde, was left fighting for his life after the incident at 9pm on Friday but died from his injuries on Sunday.

His Mercedes was found abandoned in nearby Denton on Monday with evidence suggesting attempts had been made to set it on fire.

In a statement, Mr Islam’s family said they could not “begin to describe what losing our father has done to us”.

They added: “Dad was everything you could ask for in a parent: a mentor, a role model – our best friend. We shared everything with him and there was nothing we couldn’t tell him that he couldn’t fix.”

Hundreds of tributes were also paid on social media to Mr Islam, who was well-known for running the popular Marple Spice Indian restaurant in Marple.

“No one had a bad word to say about him,” said one.

Detective Chief Inspector Liam Boden, of Greater Manchester Police, said: “As our investigation continues I would like to pay tribute to Mohammed’s family who have shown such admirable bravery and dignity this week during the most tragic of circumstances imaginable.”

He urged anyone with information or footage of the incident to come forward.

The teenager has also been charged with numerous driving offences.

0 0 0 0
Previous : WhatsApp alternative 2020: From Signal to Telegram
Next : Israel rebuffs WHO vaccine request for Palestinian medics, amid outcry over disparity