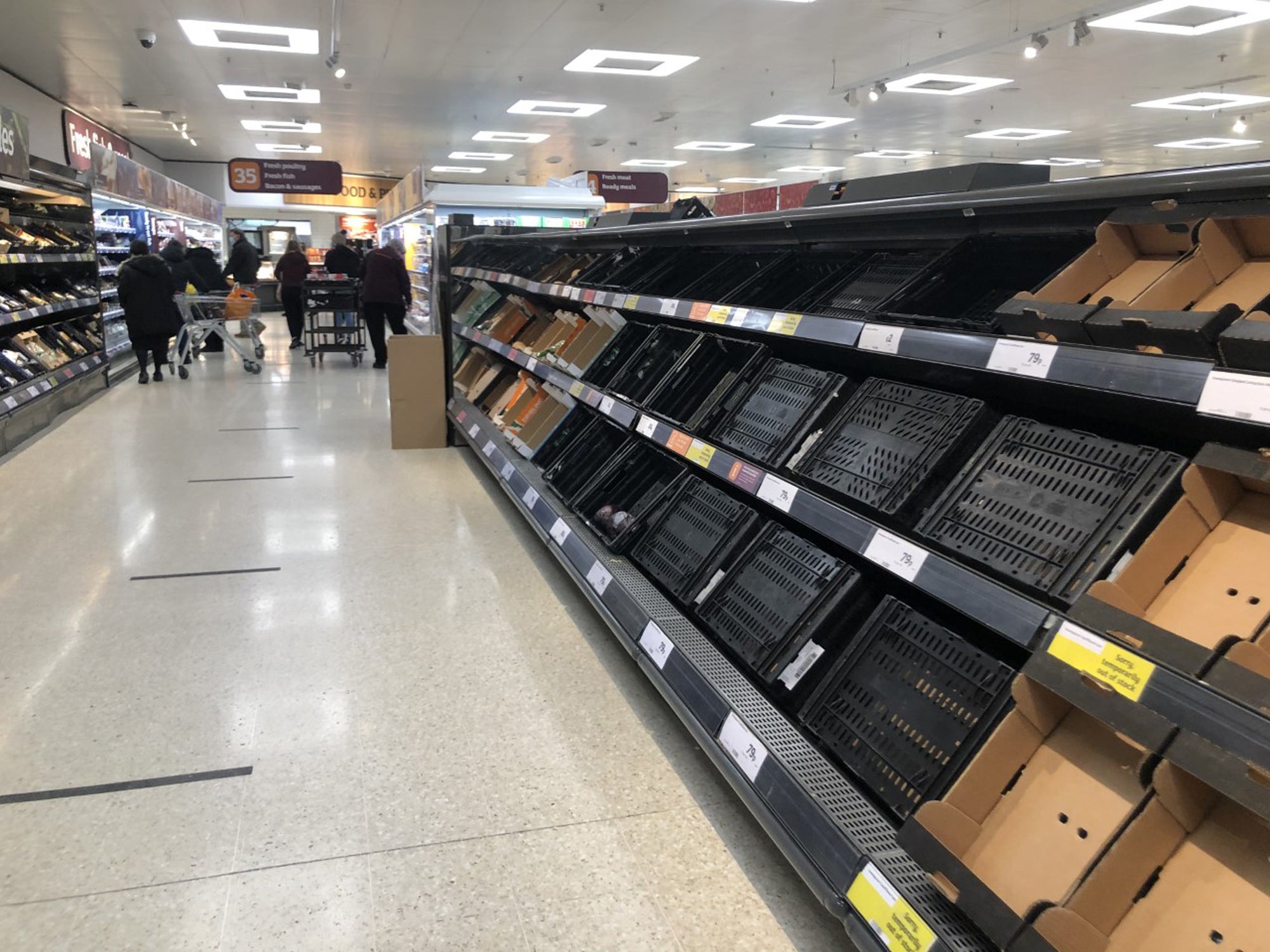 The prime minister vowed to trigger Article 16 of the Northern Ireland Protocol if it was necessary to stop supermarkets running short of food – attacking “absurd’ bureaucracy.

But Simon Hoare, a Conservative MP said: “It would do huge damage to the Good Friday Agreement….and damage the relationship between our country and the US.”

Mr Johnson attacked the rules he agreed – as part of the Brexit withdrawal agreement, in 2019 – as he was warned the situation in Northern Ireland shops is set to worsen.

A three month ‘grace period’, freeing food importers from the need to obtain export health certificates, will expire at the end of March.

The prime minister was asked to “guarantee” the grace period would be extended – but instead turned on the impact of the Protocol he signed.

“I can certainly guarantee that, if there are serious problems in supplying supermarkets in Northern Ireland – because of some piece of bureaucracy that’s misapplied – then we will simply exercise Article 16 of the Protocol,” he said.

“It is absurd that there should be such difficulties.”

Only last weekend, the government signalled it was unlikely to bow to pressure from the Democratic Unionist Party to invoke Article 16 – threatening trade with the Irish Republic.

But many supermarkets in Northern Ireland have been hit by rows of empty shelves because of “unworkable” post-Brexit border arrangements – even before they fully come into effect.

The bosses of Tesco, Sainsbury’s, Asda, Iceland, Co-op and Marks and Spencer have protested to Michael Gove, Cabinet Office minister overseeing the Protocol.

The Protocol is viewed by the EU, and Washington, as vital to avoid a hard border on the island of Ireland, preserving the peace sealed by the Good Friday Agreement.

The controversy threatens to revive the furore over the Internal Market Bill, which would have overridden the withdrawal deal on the customs checks required on goods crossing the Irish Sea.

The president-elect spoke out, warning it would kill London’s dream of a US-UK trade deal – before Mr Johnson backed down in December.

Giving evidence to the Commons liaison committee, the prime minister insisted Irish Sea trade was going “far better than some people had perhaps expected, things are much smoother”.

He said the problems “are by and large small, soluble questions which one-by-one we are addressing – but Hilary Benn, the Labour chair of the Commons Brexit committee warned that was before the checks mushroomed, after March.

0 0 0 0
Previous : Giant flare sweeps through solar system after powerful explosion, scientists say
Next : CRISPR gene-editing urgently needs an off-switch – now we have one