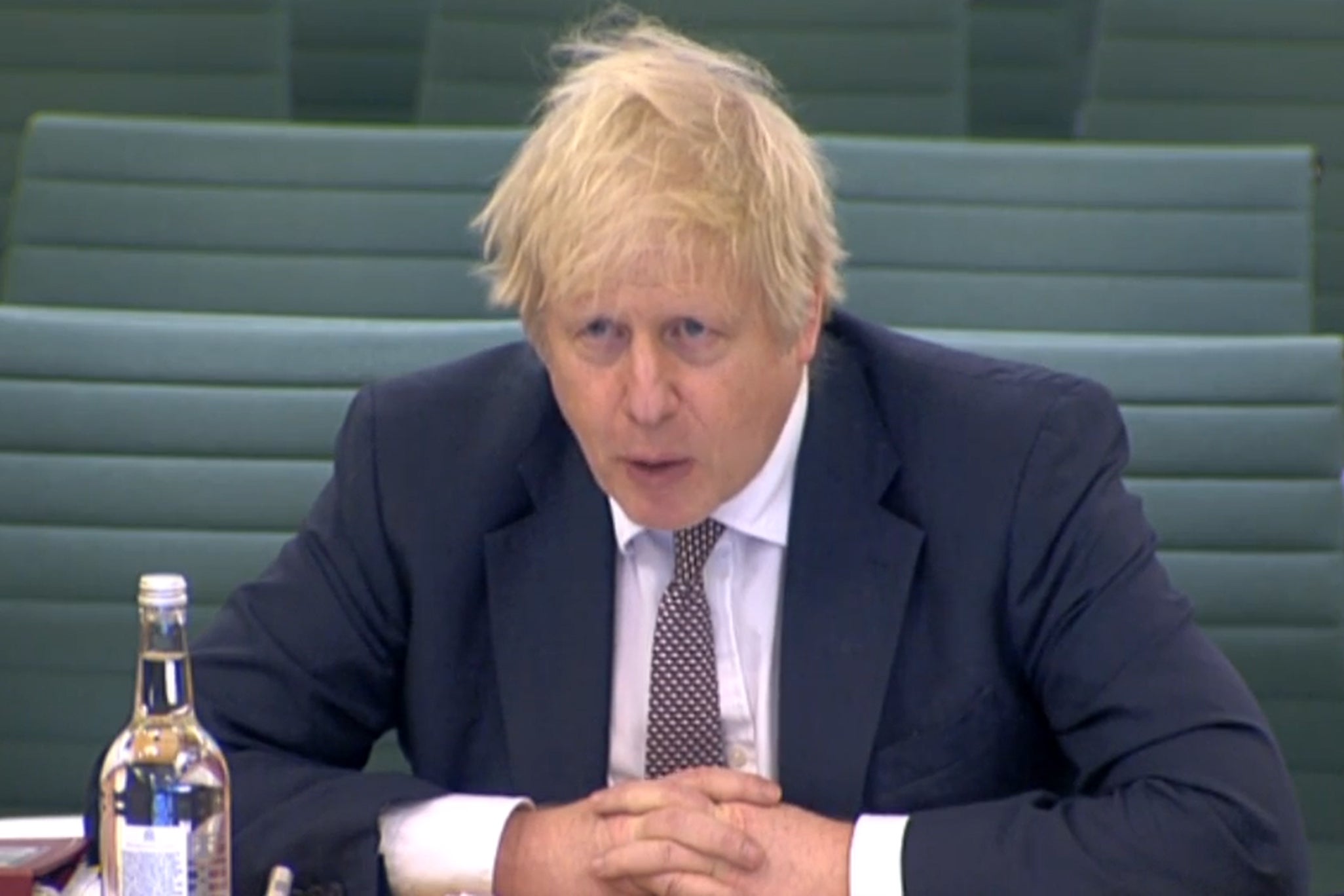 Boris Johnson was left red-faced today after claiming that he was putting in place steps to prevent a new coronavirus variant reaching the UK from Brazil, only to be unable to name any measures introduced specifically in relation to the South American country.

The prime minister was accused of a lack of leadership by senior Labour backbencher Yvette Cooper, who said it was part of a pattern of repeatedly delayed taking “difficult and uncomfortable decisions” until the last minute.

Despite international concern over the new strain of Covid-19 picked up in a group of travellers arriving in Japan from Brazil, it was today still possible to get a direct flight from the country to the UK, Ms Cooper told a panel of senior parliamentarians who were grilling the PM.

And she said it was also possible to travel from South Africa via a hub like Dubai to Britain and then get onto public transport to reach your destination, despite the emergence of a virulent new strain in the country last month.

New measures requiring a Covid test before boarding a flight to the UK would not come into effect until Friday, months after they were introduced by other nations, she told the Commons Liaison Committee.

The government’s quarantine system, introduced last June, was so weak as to be effectively voluntary, because 90 per cent of those told to self-isolate were never checked, said Ms Cooper.

She told Mr Johnson: “You were warned in the spring about the need for stronger measures, and you delayed then. You’ve been warned again now, and we’ve still got delays in getting border measures in place. We still haven’t got a system sorted on South Africa and the Brazil variant.

“This is on top of the delays in dealing with lockdown and schools and so on. It gives the impression each time that you just delay all of the difficult and uncomfortable decisions until the last possible minute. When so many lives are at stake, prime minister, is this really the leadership that we need?”

Another committee member, former health secretary Jeremy Hunt, asked the PM whether the UK was introducing an immediate ban on flights from Brazil, to reduce the risk of the arrival of the new Covid-19 strain, which is reported to have mutations linked to fast transmission and to be “as concerning” as the Kent and South African variants.

“We already have tough measures, as you know, to protect this country from new infections coming in from abroad, and we’re taking steps to do that in respect of the Brazilian variant.”

But challenged by Ms Cooper to say what steps were being taken, the PM pointed only to the general requirement for a pre-flight test being introduced for travellers from countries around the world.

“We were warned about the Brazil variant three days ago,” said Ms Cooper. “We don’t know yet whether that could potentially undermine the vaccination programme. So why aren’t you taking immediate action on a precautionary basis?”

“Well, we are taking steps to ensure that we do not see the import of this new variant from Brazil,” he said.

Mr Johnson gave no further detail, instead telling her: “You have to show from all countries that you’ve got a negative test in order to come to this country.”

Veering off the issue in question, he complained that the opposition did not pay tribute enough to the UK’s successes in rolling out a vaccine programme.

And he told Ms Cooper: “I disagree strongly with what you’ve said about the protections we have UK borders.

“We’re conducting huge quantities of checks. We insist on people going into quarantine when they arrive from non-travel corridor areas. We’re putting in measures to protect this country both against the South African variant and the Brazilian and will continue to be very tough indeed.”

0 0 0 0
Previous : NHS Covid-19 app hit by ‘loading’ bug as users suggest fix
Next : What we know about the new Brazilian coronavirus variant