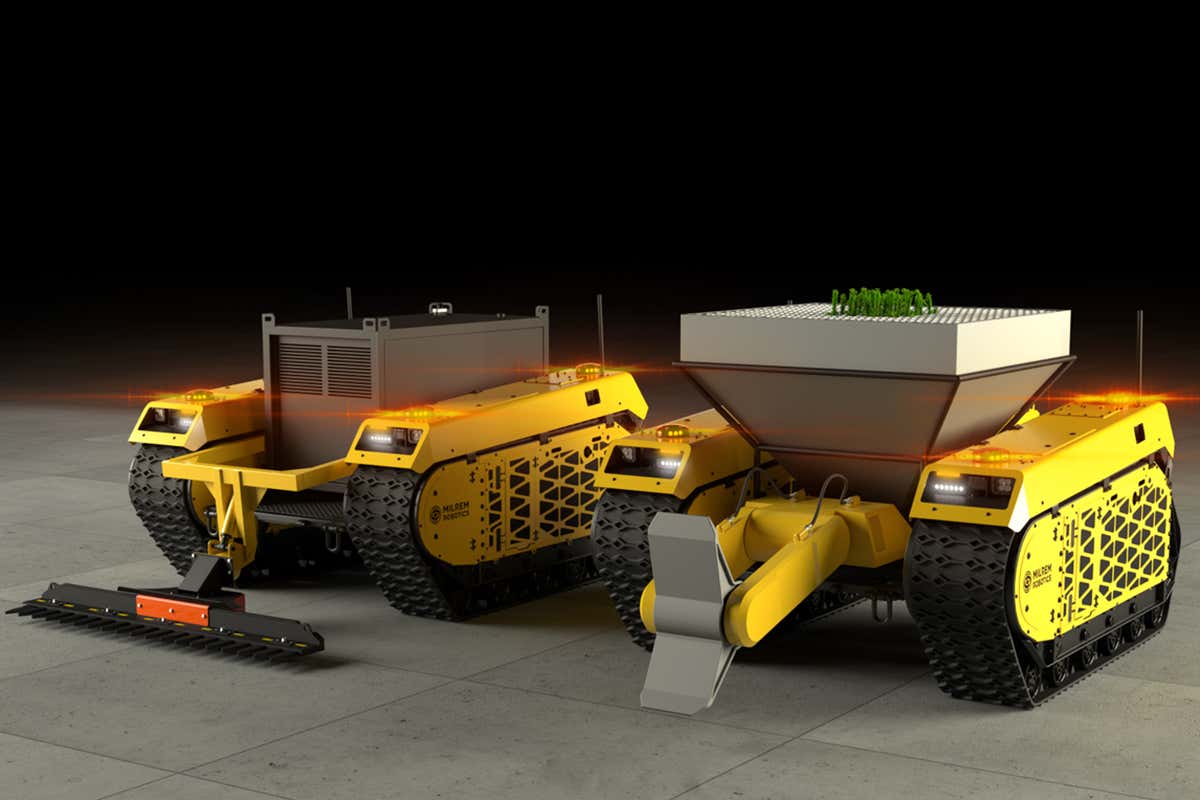 Pair of robot foresters could plant thousands of trees a day

The Tin Woodman first appeared in Frank Baum’s The Wonderful Wizard of Oz 120 years ago. Now real robot foresters are making their debut, planting trees rather than cutting them down.

The robotic foresters are the work of robot makers Milrem in partnership with the University of Tartu, both based in Estonia. Two versions are under development based on the company’s range of driverless ground vehicles. One type is a planter, the other a brush cutter, and both are autonomous. Both are the size of a small car and weigh …

0 0 0 0
Previous : Africa’s electricity unlikely to go green this decade
Next : Dire Wolves: not just a Game of Thrones’ fantasy – a fearsome distinct, but extinct, canine