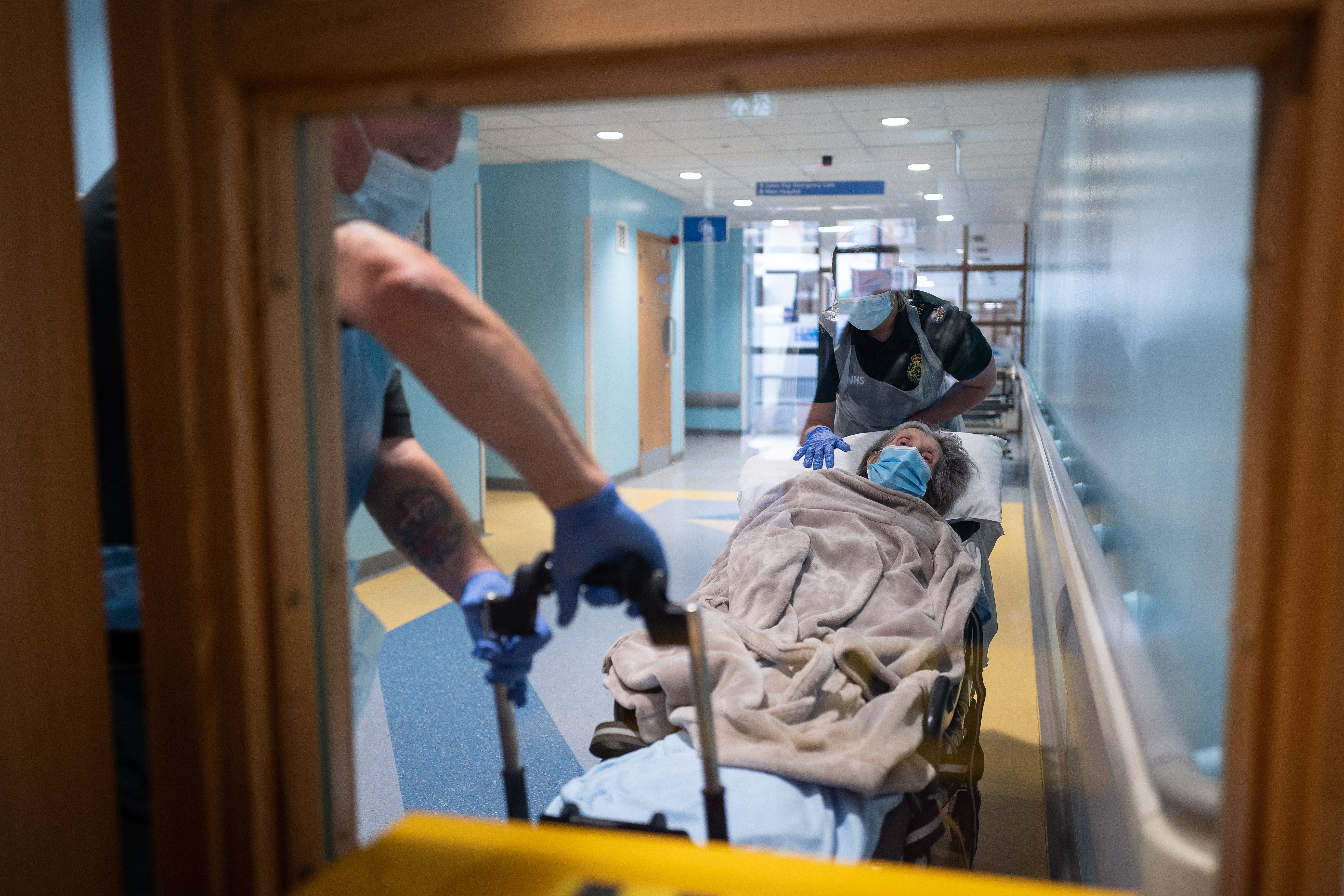 The number of hospital beds in England occupied by patients with Covid-19 has breached the 30,000 mark for the first time during the pandemic, new figures show.

A total of 30,758 people are currently receiving treatment in hospitals across the country, according to data published by NHS England on Sunday. This is up from 29,462 for the previous day.

Just under 3,000 critically ill patients are in mechanical ventilation beds, a figure that has almost doubled since 27 December.

Bed occupancy for Covid-19 reached a low of 451 on 2 September, but has been increasing on a near day-by-day basis since 9 December, when 13,467 people were hospitalised with the disease across England.

London continues to bear the brunt of the ongoing third wave, with 7,494 people hospitalised with Covid-19 across the capital. This figure stands at 5,373 for the southeast, which has also found itself overwhelmed by the new variant of coronavirus first detected in Kent last year.

The statistics come as a leading paramedic revealed that patients are waiting up to nine hours in the back of ambulances to be passed into the care of hospitals.

Tracy Nicholls, chief executive of the College of Paramedics, said that handover delays have reached a scale that “haven’t been seen before”, with ambulance services facing “unprecedented pressure” amid a deluge of Covid-19 hospitalisations that have pushed the NHS to the brink.

“We are very used to seeing ambulance services take some strain over the winter months due to the normal pressures we would see any particular year.

“But this year particularly has seen incredible pressure because of the clinical presentation of the patients our members are seeing. They are sicker.”

According to the latest NHS England figures, 3,697 people were admitted to hospital on 5 January, passing the previous record of 3,587 set the day before. During the first wave of the pandemic, admissions peaked at 3,099 on 1 April.

“We are seeing the ambulance handover delays at a scale we haven’t seen before,” Ms Nicholls said.

“Our members have reported to us they can wait as little as half an hour. We’ve had some members wait five, six, seven, eight and even nine hours.

“But I would say the hidden risk – your viewers can see the ambulances at the hospitals – that doesn’t take into account the huge number of patients that are waiting for an ambulance that can’t get to them.”

Ms Nicholls said that while there “does not appear” to be a delay in ambulance response times for category one life-threatening callouts, there is for category three and four calls.

“Category three calls would be things like abdominal pains or falls, and some of those patients in those high-pressure areas have waited up to 10 hours,” she said.

The government said a further 563 people had died within 28 days of testing positive for Covid-19 as of Sunday, bringing the UK total to 81,431.

Separate figures published by the UK’s statistics agencies show there have now been 97,000 fatalities where Covid-19 is been mentioned on the death certificate.

The government also said that, as of 9am on Sunday, there had been a further 54,940 lab-confirmed cases across the UK.

Since the start of the pandemic, a total of 3,072,349 people across the four nations have been infected.

Earlier on Sunday, Mr Hancock backed more stringent enforcement of the lockdown by police and warned that “every flexibility” of the rules could prove fatal.

The health secretary said the majority of people are “following the rules” to stay at home, but he refused to criticise the police over complaints that some forces have been overzealous in handing out fines.

Police tactics have come in for scrutiny after Derbyshire Police handed out £200 fines to two women who drove separately to go for a walk at a remote beauty spot situated around five miles from their homes.

The constabulary has since confirmed it will be reviewing all fixed penalty notices issued during the new national lockdown in England after it received clarification about the coronavirus regulations from the National Police Chiefs’ Council (NPCC) following the incident.

Mr Hancock, asked about Derbyshire Police’s approach, told Sky News’s Sophy Ridge on Sunday programme: “I’m absolutely going to back the police because the challenge here is that every flex can be fatal.

“You might look at the rules and think, ‘Well, it doesn’t matter too much if I just do this or do that’.

“But these rules are not there as boundaries to be pushed, they are the limit to what people should be doing.

“Every flexibility can be fatal.”

0 0 0 0
Previous : Food exporters ‘strangled by red tape’ as Brexit disrupts trucks and risks end for covid-hit seafood firms
Next : Covid restrictions on exercise and masks could be tightened, say reports