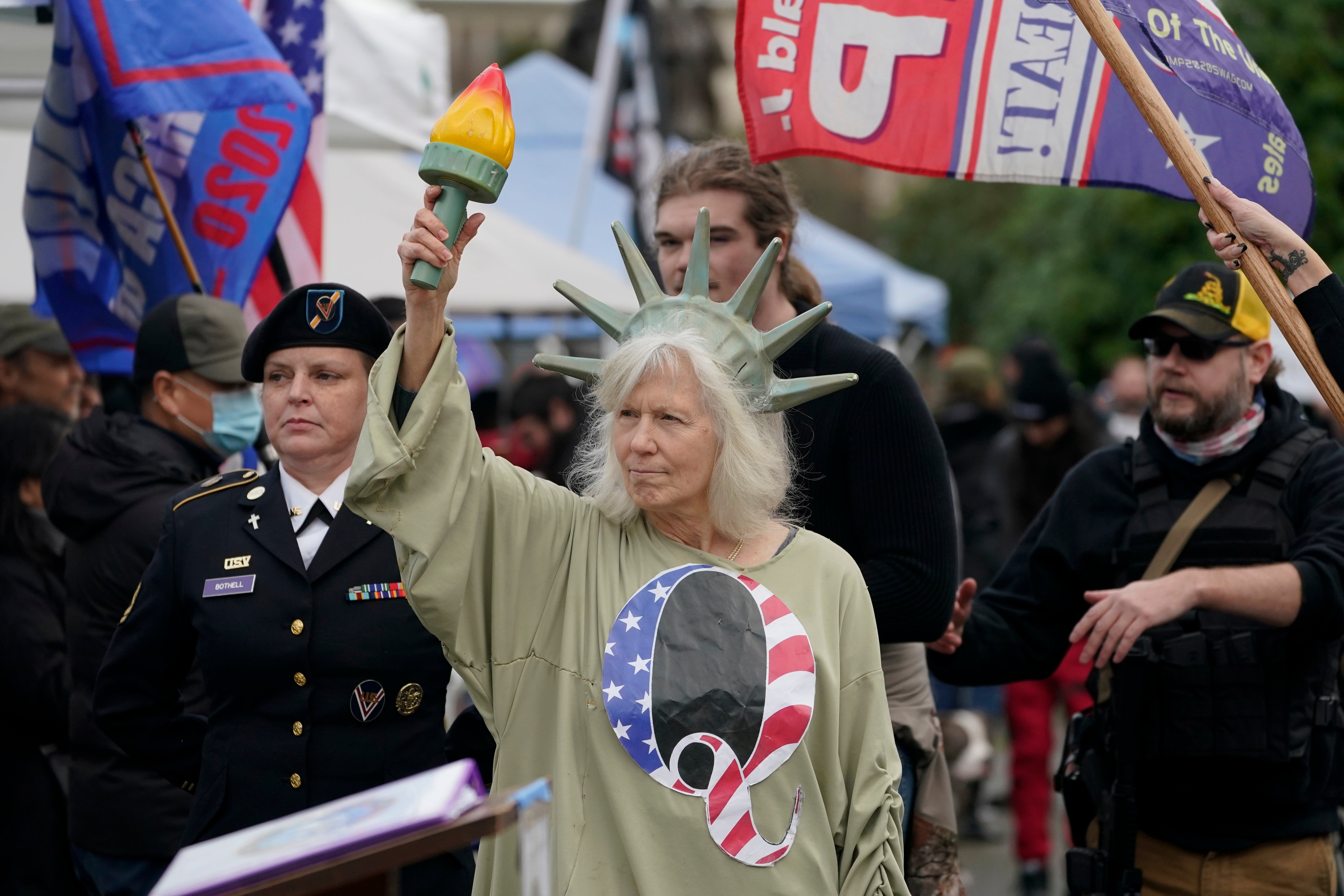 What role did QAnon play in the Capitol riot?

QAnon believers were among those who scaled walls and stormed the US Capitol on Wednesday.

Supporters of the conspiracy theory, who Donald Trump once said were “people who loved our country”, were pictured with QAnon banners as they broke into the federal building.

Police also stopped a man known as “the QAnon Shaman” from storming across the Senate floor, and identified him as a leading promoter of the conspiracy in online forums.

Identified as Jake Angeli, the “QAnon Shaman” has appeared at numerous protests and rallies in the past year, all largely in support of the president.

But what role did the QAnon conspiracy actually play in the Capitol riots?

The online conspiracy alleges that Mr Trump is secretly working against a criminal “deep state”, whose members are trying to undermine him. They are supposedly an elite, Satan-worshipping pedophile cabal based within the US government, business and the media.

Followers of QAnon also claim that Democratic politicians are among those working against Mr Trump, while running international crime rings and a sex-trafficking operation.

All of these claims are entirely without basis, and fuelled by online speculation that originated on controversial messaging boards 4chan and 8chan.

That is where, from the beginning, an anonymous person named “Q” has shared pro-Trump messages, allegedly working to expose the “deep state” plotting against him.

The identity of “Q” is unknown. QAnon theories run in multiple directions, all of which are sympathetic to Mr Trump. That has included the president’s baseless allegations that November’s presidential election was “stolen” by Democrats and president-elect Joe Biden, to whom Mr Trump refused to concede until Thursday.

According to reports, Mr Trump’s supporters had been discussing the “Stop the Steal” protest on online forums, as well as on QAnon-related accounts and pages, for weeks before Wednesday’s riots.

Hundreds of the president’s supporters, many of whom follow or believe in QAnon, gathered in Washington DC on Wednesday to rally against the election outcome, and eventually storm Congress in his name.

As Jonathan Greenblatt, CEO of the Anti-Defamation League, told the Associated Press: “QAnon has been calling on this kind of madness for years.”

0 0 0 0
Previous : ‘Sacrificed for a bunch of fish’: How the City of London got turned over by Brexit in week one
Next : The indigenous tribes fighting the curse of xawara in the Amazon