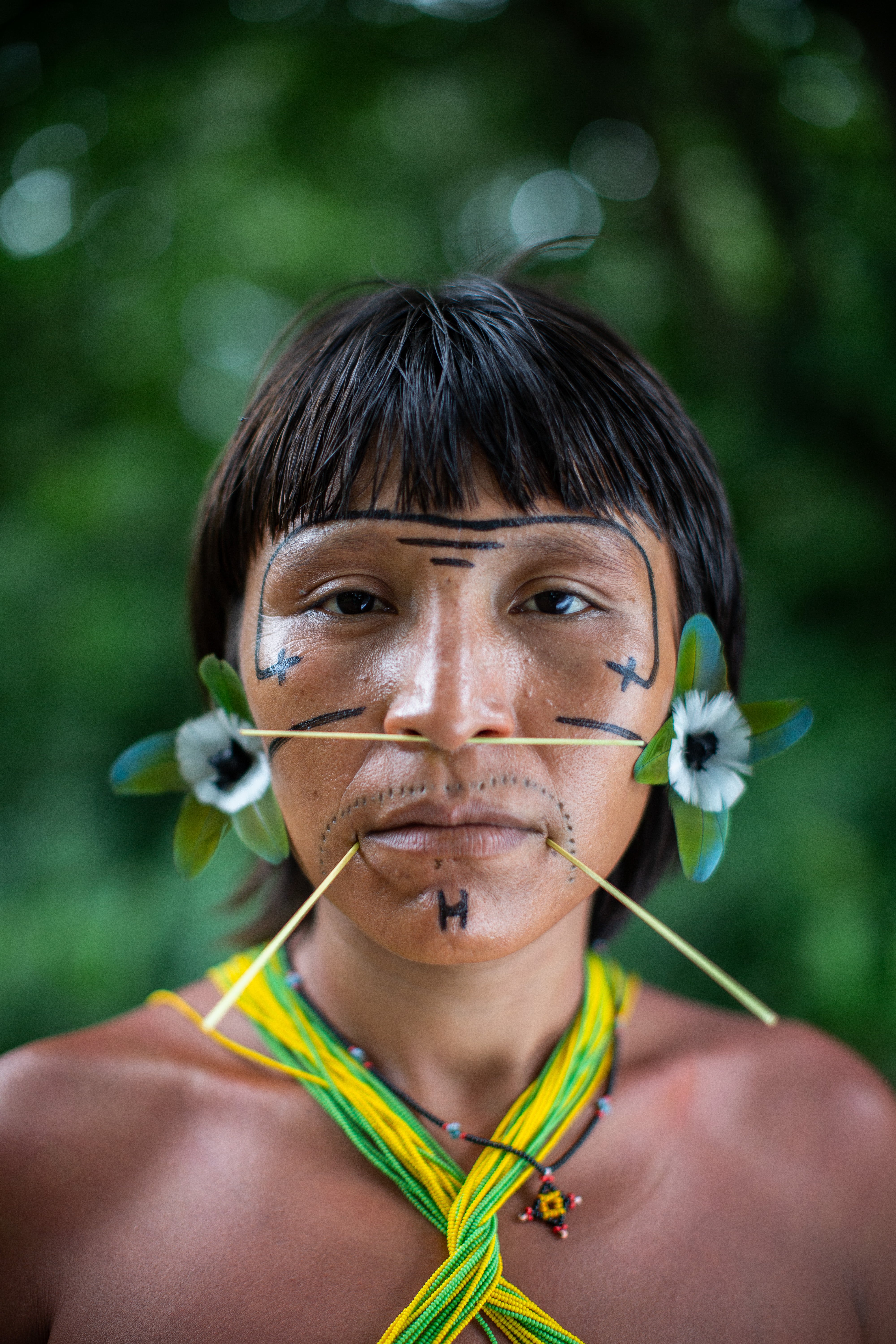 The indigenous tribes fighting the curse of xawara in the Amazon

solated in the heart of the Amazon, Dario Kopenawa Yanomami’s father is working with shamans and the spirits of the forest to weaken the xawara, the word Brazil’s indigenous Yanomami community uses for epidemics brought in by outsiders.

As the eldest son of respected Yanomami leader and shaman Davi Kopenawa and vice president of the Hutukara Yanomami Association, Dario is in the fight too and is being led spiritually to prevent his community from being decimated by the novel coronavirus brought to the area by non-indigenous people.

“We, the Yanomami people of the forest, are not responsible for the emergence of new diseases,” he says. “We live with nature, we know the forest system, and how the environment works. We know that we should not cause problems for her, we know about the balance between Yanomami life and Mother Earth.”

Among the Yanomami people, there have been 1,202 confirmed cases and 23 deaths, according to the Yanomami and Ye’kwana Leadership Forum. The first victim was Alvanei Xirixan, a 15-year-old boy who died in April.

About 5,600 Yanomami – about 40 per cent of the population – could be infected with Covid-19, according to a study that considered only the villages close to illegal mining areas. The loss must not be underestimated and could render the community endangered.

“This moment is causing my people and I a lot of pain,” Dario says. “Elderly people have survived a long time, cared for many families, and led our community. The elderly hold generational memory and pass on Yanomami history. When they die, we lose a piece of history from the first peoples born in the forest, even as other leaders continue to teach the new generations.”

Dario is the leading voice of a campaign, Miners Out, Covid Out!, that demands the Brazilian government removes miners to curb the advance of Covid-19.

A petition designed to put pressure on the government and senior ministers gathered 439,000 signatures. The document was handed to Brazil’s congress on 3 December, when Yanomami paintings of the xapiri – the spirits of the forest – were projected onto the national congress building.

Dario met with Hamilton Mourao, the vice president of Brazil, to ask for the immediate removal of the miners and was promised that measures would be taken to do so in early July.

Recognising the threat to indigenous populations, a federal court ordered president Jair Bolsonaro’s administration to expel 20,000 illegal gold miners from Yanomami territory in July. The judge gave the government five days to devise an emergency plan to protect the Yanomami. But still, the miners remain.

Mauricio Ye’kwana, the director of the Hutukara Yanomami Association and a spokesperson for the Miners Out, Covid Out! campaign, says: “Despite the judicial recognition, there is still no concrete answer to prevent the situation from getting worse.”

He spoke at the 45th Session of the UN Human Rights Council in September denouncing the invasion of illegal miners and warning of the increasing devastation and contamination of the environment. “There is community transmission of the virus in the Yanomami communities precisely in the areas most affected by illegal mining,” he says. “We need more than ever to remove the miners.”

For Dario, his father, the shamans and the spirits of the forest, the fight goes on. “We want to live,” Dario says. “Our people need to continue to exist and our lands need to be free of miners. We will fight and resist. To do this, we need support from the Brazilian people and from the whole world.”

0 0 0 0
Previous : What role did QAnon play in the Capitol riot?
Next : Government sneaks ‘cruel’ new loophole into eviction ban