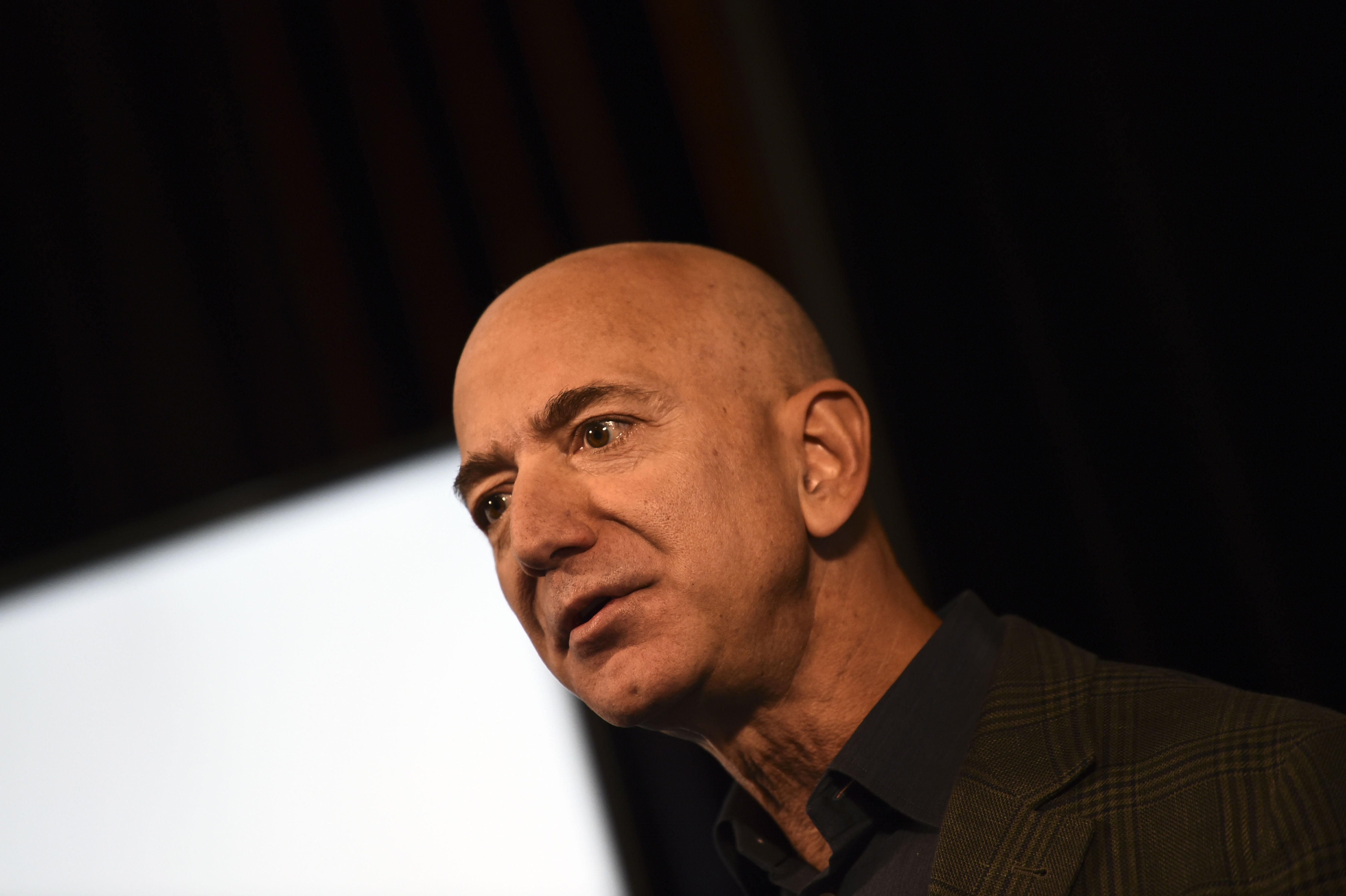 ‘My advice is, do it at your own pace’: How to detach yourself from Amazon

laze Cromwell, a 24-year-old cashier living in Washington, DC, doesn’t order from Amazon.com or shop at Whole Foods. He doesn’t watch movies or shows on Prime Video. He doesn’t own a Ring or a Kindle. And he doesn’t use Audible, Twitch or Zappos. He’s about as close as one can get to abstaining from Amazon entirely.

Cromwell began the work of cutting the company out of his life in 2017, after reading reports about Amazon’s working conditions and what he saw as generally “unethical practices.”

“I reasoned that financially withdrawing from Amazon.com, and later on its subsidiaries, was one of the most material things I could do as a working-class person with disposable income from time to time,” he says.

Leaving Amazon requires some determination, he says, but it’s less daunting once you get started.

“It’s a matter of people changing both their habits and expectations for their consumption,” he says. It’s not just a choice, he noted, but an ongoing “practice”. (He has, occasionally, looked up titles on IMDb, an Amazon subsidiary since 1998. He’s in the process of finding alternatives.)

People have been advocating boycotts of Amazon for nearly as long as the company has existed. In 1999, programmer and activist Richard Stallman led one related to a lawsuit the company filed against Barnes & Noble to protect a patent covering “1-click” ordering, which he worried would stifle competition in e-commerce. (The lawsuit against Barnes & Noble was settled, and the patent has since expired.)

There have been countless attempts to shed Amazon since: by authors and booksellers, political activists, labour organisers, my colleagues. (Even the most determined abstainers find their limit when trying to eliminate Amazon Web Services, which counts among its clients thousands of other companies, including popular websites and apps.)

Meanwhile, Amazon has grown into a company larger and more powerful than almost any retailer in the world. It sells everything. It directly employs more than 1 million people. Its founder is a household name. It undergirds much of the internet. And it’s intertwined with politics by default, drawing ire from across the political spectrum. (“My anti-capitalist liberal college student and her uber-capitalist conservative grandparents are both boycotting Amazon,” one Twitter user shared in December.)

Unlike in 1999, or even 2009, today the question of whether or not to interact with Amazon has already been answered for many people. The choice is no longer whether to enter the Everything Store. It’s about trying to locate the exit.

“I refused to go to Walmart, and as a small child went to United Farm Worker protests,” says MaryBeth Haslam, 54, an Amazon abstainer from Philadelphia. Dropping Amazon hasn’t been particularly difficult, she says. “Just inconvenient.”

“I could get certain grocery items there that are hard to obtain elsewhere,” she says. “So you just get different stuff, no big deal.” Not every Amazon alternative is a beloved local business, of course – “I have to admit Target has been getting more business out of me,” she says – but Haslam has specific issues with Amazon and in particular with Jeff Bezos, who, she says, “doesn’t need any more of my money”.

Haslam’s abstention is thorough, but she recently hit a snag: Christmas. A niece asked for a specific gift from Amazon. A nephew asked for an Amazon gift card, which would give him the ability to order whatever he wanted, whenever he wanted.

“It kind of hurt to shop there, honestly,” she says.

Char Wells, a 31-year-old Etsy seller, avoids Amazon as much as possible, for reasons both broadly ideological and personally specific. Wells, who is disabled and takes non-gendered pronouns, objects to the idea that small vendors on other sites should be “expected to meet Prime delivery expectations”. Still, sometimes they need something they can’t easily get somewhere else, or for an item to arrive quickly.

Not every Amazon abstainer has a coherent or specific critique of the company – for some, it’s merely the most visible representation of consumerism, concentrated wealth and big business, taking Walmart’s place in a variety of broad lamentations about culture and the economy.

“It was Nike for a little while. It’s been Nestle, then Coca-Cola,” says Tim Hunt, an editor of the British nonprofit magazine Ethical Consumer. “We can add Amazon to the list of corporate boogeymen, and I don’t mean that flippantly.”

Most abstainers don’t suffer any illusions about what they’re doing; Amazon clearly hasn’t suffered from their absence, and their numbers aren’t large enough to make demands — many more people are currently turning to Amazon than are turning away. Instead, for some, opting out of an increasingly ubiquitous and assertive Amazon offers a sense of control and agency, however slight.

The sheer scope of Amazon’s business interests – including surveillance devices (Ring), government contracts (through Amazon Web Services), and a workforce that includes both low-wage gig workers and one of the richest people in the world – makes finding a reason to opt out of Amazon nearly as easy as finding something to buy on it. But plenty of Amazon abstainers aren’t merely coping with guilt, reclaiming a lost sense of control, or fighting the thought that “ethical consumption” sounds oxymoronic.

Chris Smalls is the former Amazon warehouse worker whose March protest about working conditions at a Staten Island, New York, fulfilment centre, and subsequent firing, turned him into a leader in the nascent movement to organise Amazon workers. He’s an activist now with a potent personal story and a long list of specific demands. He has planned marches on Jeff Bezos’s homes.

Asking people to voice support for his cause is one thing. Asking them to actually leave Amazon, it turns out, is quite another.

“A lot of my own relatives, they used to be frequent customers of Amazon,” Smalls, 31, says. “It was a struggle for them, since they were so accustomed to it. Some of them used to order from Amazon almost every single day.”

Even sympathetic audiences can be hesitant about disentangling themselves from the company.

“My advice is, do it at your own pace,” he says. “I’m always advocating to stand in solidarity with the workers, but I know how hard it is as a customer to stop using the service.”

Amazon’s ubiquity, and the millions of habits its customers have formed, put Smalls in a strange and exhausting position: appealing for empathy for a largely invisible workforce labouring through a pandemic, while also sympathising with Amazon customers accustomed to a relatively new convenience.

“Ten years ago we weren’t ordering toilet paper from Amazon,” Smalls says. “Maybe that’s how long it will take to get over it, too.”

Harold Pollack, a professor at the University of Chicago, was interviewed by the New York Times in 2012 for a story about customers who were leaving Amazon. Pollack, who teaches public health, said at the time, “I don’t feel they behave in a way that I want to support with my consumer dollars.” He has since written critically of Amazon, including, in 2018, an op-ed titled “Better Ways for Jeff Bezos to Spend $131bn,” recommending that Bezos divert his “winnings” to philanthropy rather than space travel. (In 2020, that figure would be somewhere north of $180bn/£133bn.)

Pollack says his critiques of Amazon had both widened and deepened, but that he’s also now a frequent customer.

Pollack then offered a fresh analysis, one that attempted to incorporate, or at least acknowledge, his ambivalence.

“I think my own trajectory is emblematic of why there need to be public policy solutions to this,” he says, mentioning concerns about antitrust, Amazon’s broader place in the economy, and, as was his focus in 2012, the welfare of the company’s workforce. Amazon, he says, presents an “enormous collective action problem”.

The company has seeped further, inexorably, into his life. Using Amazon makes getting work reimbursements simpler. Amazon gift cards have become de facto standard inducements for study participants (notwithstanding the concern of some fellow researchers). Plus, like most people, Pollack is busy.

“Amazon provides tremendous value to consumers that allows us to look past a lot of things,” he says. Going forward, he plans to “do the easy things that allow me to minimise my reliance on Amazon and feel good about it, but I will basically not do the things that are less easy. And if I’m honest, you can’t rely on me to discipline the company.”

Smalls, the former warehouse worker, offered a gentle, practiced take on customers like Pollack: using Amazon might be like an addiction, or at least something that takes weaning.

In an interview last year, though, he was perhaps more candid about the company’s habitual consumers. “You think you need Amazon?” he said in April, shortly after his firing. “OK, what were you doing a few years ago?”

0 0 0 0
Previous : Is ‘The Storming Of The Capitol’ America’s Reichstag Fire? – David Icke
Next : Covid cases in London are 1 in 30 as lockdown called ‘too lax’