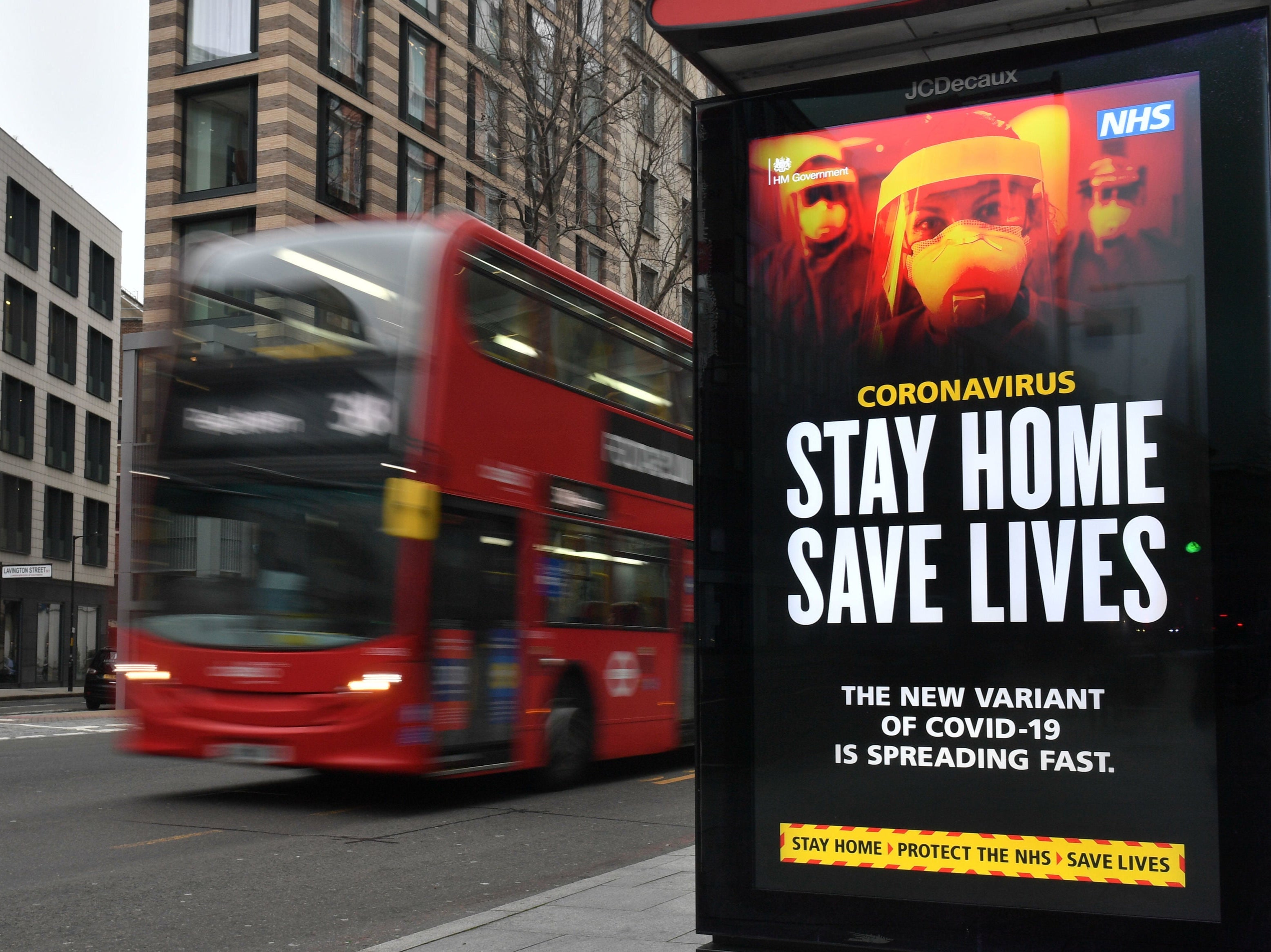 UK lockdown enforcement is “too lax” to control the spread of coronavirus and restrictions as tough as those seen in March are needed to bring down infection rates, a Sage member has warned.

“You put those two things together, alongside the NHS being in crisis, we should have a stricter rather than less strict lockdown than we had back in March,” Ms Michie warned.

It came after London mayor Sadiq Khan declared a “major incident” in the capital due to pressure on the NHS from Covid-19.

Data from the Office for National Statistics this week suggested that as many as one in 30 Londoners have the virus, while there were more than 7,000 people in hospital with Covid-19, as of Friday.

A further 2,373 coronavirus cases have been reported in Wales, bringing the country’s total number of cases to 168,094.

Public Health Wales also reported another 62 deaths on Saturday, taking the total in Wales since the start of the pandemic to 3,919.

Some 2,487 cases and 56 deaths were reported by officials on Friday.

Full data for the whole of the UK will be published later today.

The government has quietly introduced a loophole to its eviction ban that waters down protections for people who lost their jobs during the pandemic.

An announcement on extending the ban on bailiff evictions, originally put in place in March last year, failed to mention a key change in legislation that will give landlords more power to evict people for not paying rent during lockdown.

Our policy correspondent, Jon Stone, has the full story below:

Professor Robert West, a participant in the Scientific Pandemic Influenza Group on Behaviours (SPI-B), has said that the UK’s high coronavirus death toll was “always avoidable”.

“This is the really frustrating thing for all of us who work in public health,” Professor West, who is also part of Independent Sage, told BBC News.

He said that in the summer, when cases decreased, experts had advised the government to ramp up its Test and Trace system as well as support for people to isolate.

He added: “They didn’t do this. They maintained their hugely expensive but ineffective test, trace and isolate system.

“They’re not providing the kind of support that’s needed for people to feel that they’re able to do the sorts of things that the government is now saying ‘well, we’re going to punish you if you don’t do it’. So they’ve got it all the wrong way round.

“It’s really much, much more about support.”

The UK’s lockdown should be more strict than it currently is in order to try to get the same results as the restrictions in the first wave, a scientific adviser has said.

Professor Robert West, a participant in the Scientific Pandemic Influenza Group on Behaviours (SPI-B), said the current lockdown rules were “still allowing a lot of activity which is spreading the virus”.

When asked if he thought the rules should change, he told BBC News: “Yes, I do. Not just me. I think probably most of the people I talk to, epidemiologists, and medical scientists and virologists.”

Professor West said that more children were going to school than in the first lockdown and that schools were “a very important seed of community infection”.

He added: “Because we have the more infectious variant, which is somewhere around 50 per cent more infectious than last time round in March, that means that if we were to achieve the same result as we got in March we would have to have a stricter lockdown, and it’s not stricter. It’s actually less strict.”

The decision to encourage children without access to laptops or adequate internet connections to go to school during the new national lockdown risks spreading coronavirus among the most deprived communities, school leaders, unions and epidemiologists have warned.

About 1.8 million children across the UK who do not have the necessary devices or broadband speeds for remote learning are now deemed vulnerable under government guidance and can return to classrooms.

Our reporter, Colin Drury, has the full story below:

India will start its mass coronavirus vaccination campaign from 16 January, with priority given to about 30 million healthcare and frontline workers, a government statement has said.

A former police chief has said politicians need to keep their messaging “simple” around coronavirus restrictions and avoid changing the rules so frequently to prevent confusion.

Ex-Durham Police chief constable Mike Barton commented following criticism of Derbyshire Police over a £200 fine issued to two women who went for a walk this week near their homes.

“I think personally Derbyshire will row back from this position, but sadly there will be some damage done here because, for the public to comply with the law, they have got to think and see the police are acting fairly,” Mr Barton told BBC Breakfast on Sunday.

He added: “What’s crucial in this pandemic is that the messaging is clear. It’s Whitehall that’s written this.

“In Scotland, when they talked about people not travelling, they said you can’t cross a local authority area. Now everyone knows what that means. Whereas here, we’ve suddenly dreamt up this word local.

“None of those issues have ever been described by the law before, so no wonder there is some confusion out there.”

Derbyshire Police has said it will review its actions after officers surrounded two women and fined them £200 each for driving 10 minutes to take a walk.

Jessica Allen and Eliza Moore were swooped on by police as they arrived – separately and socially distanced – for a stroll at Foremark Reservoir in Derbyshire.

Our reporter, Colin Drury, has the full story below:

Greater Manchester Police has asked members of the public to report non-emergencies online as a number of communications staff are self-isolating,

The force said a number of staff in the Operational Communications Branch (OCB), which receives 101 calls, were having to self-isolate for Covid-19 reasons and staff from the Transport Unit were assisting the department with calls.

“All of our staff in OCB have worked extremely hard throughout this pandemic to help keep the communities in Greater Manchester safe and our technology has enabled many to work from home,” Assistant Chief Constable Nick Bailey said.

“However, inevitably, some of our officers and staff will be affected by the ongoing pandemic and may need to self-isolate for the safety of themselves, their colleagues and the public and we are supporting them in doing so.

“We have therefore had to redeploy some of our resources from the Transport Unit to assist colleagues in OCB on a temporary basis.”

Mr Bailey added: “Answering calls from members of the public is vital and moving officers into the department can help us to deliver our normal service. This is why we’re continuing to ask the public to report any non-emergencies online where possible.”

Health secretary Matt Hancock will be appearing on Sky News tomorrow to answer questions about the immense pressure on the NHS this month:

0 0 0 0
Previous : ‘My advice is, do it at your own pace’: How to detach yourself from Amazon
Next : Council to ‘revisit’ removal of cycle lane on Kensington High Street